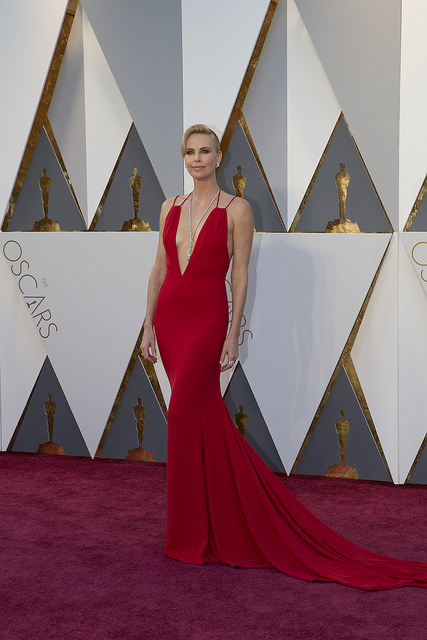 Every year I wonder if I should give it up. Isn't it an appeal to our basest instincts, after all, to judge people based on how they look? Shouldn't we seek to understand the content of their character, to borrow a phrase, before we assess a person's decision-making abilities because of what they wear to an increasingly meaningless and irrelevant awards show?

Well, not one celebrity has tried to befriend me over the years. Am I insulted? Sure. Do I cry myself to sleep about it most nights? That's none of your business. So I beat on, a boat against the current, born ceaselessly into the Oscar night red carpet.

Speaking of boats, this year's red carpet was the S.S. Snoozefest. There were a few notable exceptions, but they tended toward the truly terrible (Heidi Klum, Kerry Washington) rather than the sublime. Then again, it was the year Chris Rock made a joke out of grandmothers being lynched and Leonardo DiCaprio won an Oscar for having sex with a bear, so we can't expect too much. 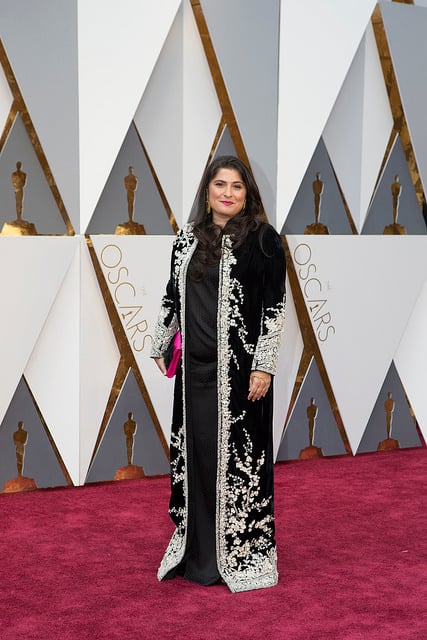 Sharmeen Obaid-Chinoy won the award for award for best short subject documentary. I haven't seen A Girl in the River, but I plan on correcting that soon: It follows an 18 year-old girl in Pakistan who faces public pressure to forgive the men who tried to end her life in an attempted honor killing. (This was her second Academy Award--her first was for the documentary Saving Face--and she is the first Pakistani to win an Oscar.) The orchestra started to play her out just as she talked about how A Girl in the River had inspired legislation reform in Pakistan around honor killings, but she maintained her damn composure.

Enough about the issues, though! Her outfit was one of the best of the night, in no small part because it was both elegant and looked comfy. Mostly, though, I am all about that coat, and the pop of color of her pink clutch. And, if you zoom in, she's wearing a really pretty hand chain on her left hand. She has amazing hair, and I can't stop staring at that coat. I would wear it every day if I owned it, like some kind of Dickens character. I would live in it. I would probably marry it. Can't wait til America makes marriage to inanimate objects legal. 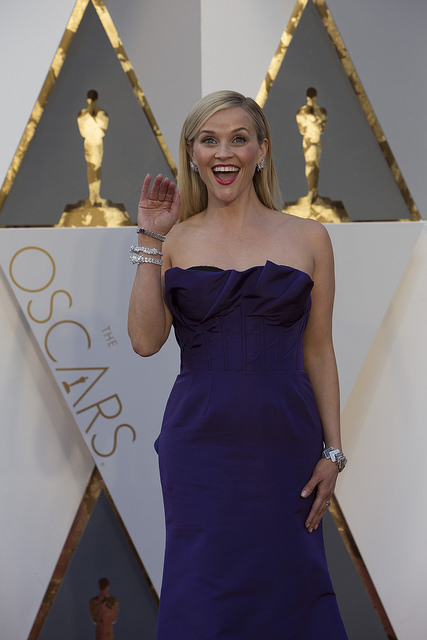 This is just...I don't know? What do you say to a woman who insists on wearing a purple gown with boob rosettes? In some ways, this looks just like a dress I wore to my junior homecoming (which was from, you guessed it, Jessica McClintock). I'm bored of the strapless, floor-length taffeta gown, but putting flowers over your breasts doesn't really make me more interested in it. Just...curious, I guess. It is slightly more subtle than Charlize Theron's 2010 Oscars dress, but no less disturbing. You have access to all the dresses in the world, and this is the one you choose? You are a beautiful blond adult woman and you pose for a picture like you are pretending to be a bunny rabbit? I have so many questions, and no answers.

Now let us turn to Charlize Theron in 2016. I saw Mad Max: Fury Road way later than the rest of the world, but like the rest of the world I was absolutely gobsmacked by it. It was a fantastic movie, and I am not usually someone who loves nonstop action films. I head that George Miller wanted his wife Margaret Sixel to edit the film (she won the Oscar for film editing) even though she had never edited an action film before because if a man did it, it would look like every other action film out there.  And he was right! This was different and great and the female characters were real people, which shouldn't be revolutionary in 2016, but here we are.

I digress. The dress! This is stunning, like a flamethrowing guitar to the head. It should be on the wall of a museum somewhere, with Charlize in it, staring down at the rest of us mere mortals. The cut is perfection, as is the color--a richer red, rather than the tomato-y color of, say, Olivia Munn's dress. And the necklace is brilliant. I would maybe change her hair just a touch because it looks a little too stern, but it also kind of words? I could stare at her all day. The actual Jessica McClintock award has to go to Emily Blunt, who wore a pale pink swath of fabric emblazoned with weird crystals that look like they came from the sale rack at The Icing. First of all, she is a beautiful woman, let's get that out of the way. Secondly, her husband is good enough of friends with George Clooney that they got married in Lake Como and stayed at his house before the wedding! So she has some good decision-making skills, clearly, but not here.

This dress looks like it crawled out of 1997 and wrapped itself around Blunt's expanding body. It is a terrible color on her, the straps are weird, and I hate hate hate empire waist dresses on most people. Hopefully it was at least comfortable, but it doesn't look that way at all. The train can't even decide whether it wants to be a train, and I just want to send her home and say "try again." 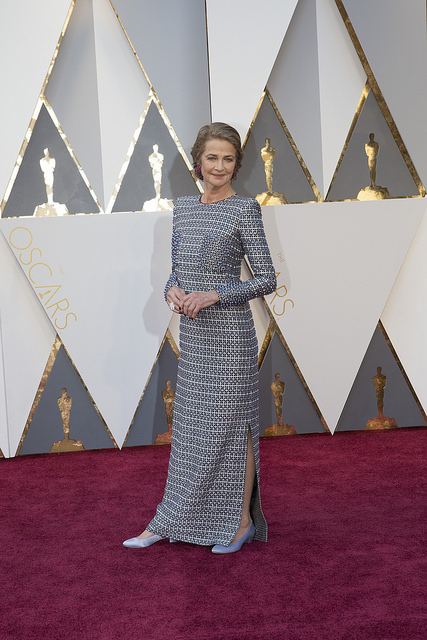 Nominated for Best Actress for her role in 45 Years, Charlotte Rampling is an actress. She has said some terrible things about diversity, including that the #OscarsSoWhite campaign is "racist to white people." Racist is one thing you literally cannot be toward white people in America.

I want to tell you how much I love her dress, but I don't want to do that without mentioning the uncool things she has said. I also need to confess how much I love dressing like an old lady; I wear mostly slim pants and floaty tops and can't wait until I can shop exclusively at Eileen Fisher. I love this dress unapologetically, even with its strange double-breasted pockets. The shoes are terrible. 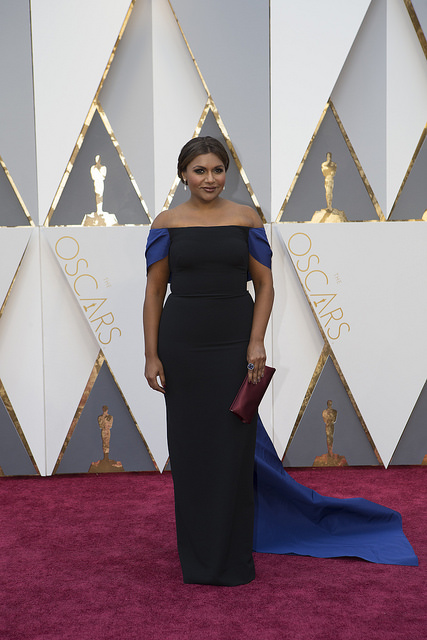 Let's go out on a good note, though, shall we? America's Sweetheart Mindy Kaling wore probably the best dress I've ever seen her in. I love love love the three different jewel tones she's sporting--emerald ring, scarlet clutch, and sapphire cap sleeves/cape. I love a good cape sleeve/cape combination (a trend I will grudgingly acknowledge the Gwyneth Paltrow Tom Ford 2012 gown for starting), and this is one of the best ever. (Also Lupita's, which is still my favorite.) Mindy Kaling often goes for looks that are very cute, and I love seeing her in something that is just elegant and beautiful and grown-up. The dress fits her perfectly across the chest--there's no weird squeezing--and her hair and makeup complement the dress beautifully. She looks comfortable and relaxed and radiant, which is what the best dresses should do.