“Faithful Viewer” is an occasional feature in which RNS reporters plumb religion and spirituality — in film, television, books, music and other forms of popular culture. 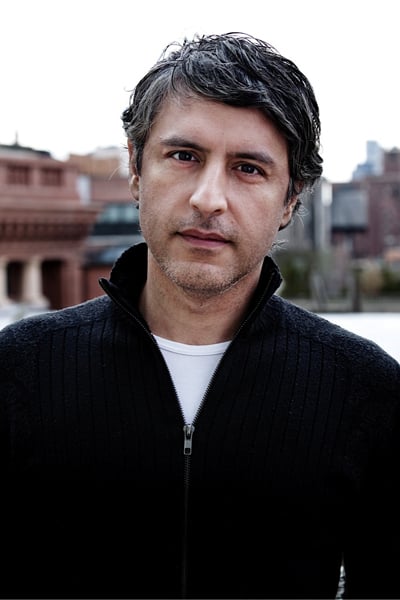 Reza Aslan said he wants to show the power of Jesus as a flesh-and-blood human being, rather than the savior of the world. Photo courtesy Malin Fezahai

(RNS) Reza Aslan is the best-selling author of “Zealot: The Life and Times of Jesus of Nazareth,” a religion scholar and a creative writing professor at the University of California, Riverside.

Ten years ago, he and his business partner Mahyad Tousi established BoomGen Studios, which consults with Hollywood on content about the Middle East. BoomGen is now a production company with two hit television shows, Ovation’s “Rough Draft with Reza Aslan,” a talk show, and the new “Of Kings and Prophets,” which airs Tuesday nights on ABC and is based on the Old Testament story of King David, as told in the biblical books 1 and 2 Samuel. Aslan was also a consulting producer on the HBO series “The Leftovers.”

Aslan talked with RNS about why Hollywood resists nuanced religious content and how BoomGen is trying to change that. Aslan was born in Iran, raised in the U.S. and converted to Christianity as a teenager before returning to Islam. This interview has been edited for clarity and brevity.

Q: Why does BoomGen Studios focus on developing stories about or from the Middle East?

A: When you talk about the Middle East you’re talking about the cradle of storytelling.

But we are not here to make the Middle East look good. That part of the world is profoundly in trouble. It has enormous political, social and economic conflicts and is dealing with a tremendous identity crisis, and if you are going to tell a contemporary story about that part of the world you cannot ignore any of that.

The question, then, is, can you tell that story with three-dimensional characters who have real motivations and are dealing with the human condition in a way that goes beyond their ethnicity, nationality or religion? We believe if you tell these stories with authenticity, not only will they be economically successful, you can also transform perception in America toward this complex and mosaic part of the world.

Q: Would you agree that, with a few exceptions, Hollywood has a short history of turning out films and television shows with nuanced religious content?

A: Stories that tackle religion in Hollywood tend to be one of two things. You either visualize the Scriptures, like Mark Burnett’s “The Bible” project. You take a piece of Scripture and you merely dramatize, as though it is a re-enactment. Those kinds of projects are enormously successful with faith-based audiences, but not with anybody else.

The other kinds are projects like the movies “Noah” or “Exodus: Gods and Kings” — remakes that go so far from the Scriptures they alienate faith communities even as they draw praise and viewers from nonfaith communities.

When we developed “Of Kings and Prophets,” we knew it could appeal to a faith-based audience because it is a loyal retelling of the biblical story, but it also appeals to secular audiences because that biblical story is crazy! The story of King David is insane! It is full of horrific violence, soap-operaesque drama, with a main character who is so deeply flawed. King David is an unavowed sinner. He is not Jesus Christ. He is compelling because he struggles. He sins and he repents. So we thought, we’ve got a story that will finally unite these communities.

Q: Did the networks and studios you approached to make “Of Kings and Prophets” agree?

A: We got no after no after no, primarily because Hollywood executives would say there is no way we can put this story on the screen because all the sex and violence will offend the faith-based viewers. We had to remind them that all the sex and violence they objected to were literally taken from the Bible. Hollywood assumes a faith-based audience does not have the sophistication to enjoy a show like this. But Christians watch “Game of Thrones.” They don’t mind sex and violence on their screen as long as it is used for dramatic purposes, and in this case it is not only used for dramatic purposes, it comes from Scripture itself.

RELATED STORY: ‘Of Kings and Prophets’ like ‘Game of Thrones’ minus the dragons

Q: What has reaction to the show been?

A: What I think has been remarkable is that the so-called secular reviewers of the show have blasted it, saying no faith-based audience is going to watch. The irony is, it has mostly been the faith-based audience that has rallied to the show and I think partly that proves that we must stop treating faith-based audiences like they are children. If you are a Christian or a Jew or a Muslim you are familiar enough with your Scripture that you don’t need it whitewashed for you. It is about time Hollywood treated these people like adults.

Q: Does your own faith inform what you take on at BoomGen?

A: I believe faith is nothing more than a mode of knowing. It is like a lens. It allows me to see the world and my place in it through a unique perspective. It allows me to recognize there is more than just the concerns of the material world. Of course my faith has influence on everything I do, because I refuse to believe I am working toward something that is solely material. I do believe the universe and everyone in it is pulsing with a soul, and it is that soul that I am interested in.