(RNS) Organizers hope a new platform for blogs by atheists and others who identify as not religious will set it apart from other atheist sites.

“The Orbit,” a collection of 20-plus new and existing blogs,  took off Tuesday (March 15) and will focus on social justice and activism through an atheist lens.

“This group is founded from the beginning as a group dedicated to atheist social justice voices,” said Greta Christina, author of an eponymous blog on The Orbit. “We were also focusing on a diversity of voices when we were building this network from day one.” 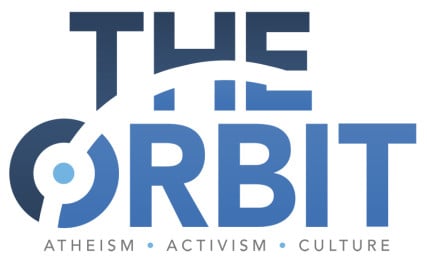 “The Orbit,” a collection of 20-plus new and existing blogs, will focus not just on social justice and activism through an atheist lens. Photo courtesy of The Orbit

The Orbit includes bloggers of different races, sexual orientations and gender identities — a sign of the growing maturity in organized atheism, which has sometimes drawn fire for its lack of diversity.

“Our site is feminist and progressive,” The Orbit’s site says. “We know black lives matter and that no one is illegal, we know trans women are women and that sex work is work, and we support a socially conscious atheist movement. As atheists, we believe criticism of religion must fall within this framework.”

Christina said The Orbit will differ from other platforms by operating as a collective, with all bloggers sharing in revenue and making decisions.

Many Orbit bloggers migrated from other atheist platforms at Skepchick and Patheos, but the bulk came from Freethought Blogs. Rumors of discord at these platforms spread throughout 2015, but writers say they are focused on the future.

“This group decided it wanted to go off and do its own thing and more power to them,” said PZ Myers, whose Pharyngula blog is among the most popular at Freethought Blogs, which he now manages. He has already replaced The Orbit’s bloggers with new ones.

Ed Brayton, founder of Freethought Blogs who now writes at Patheos, said: “The Orbit is being launched by people I think very highly of and consider friends.  … I see no point in building up some sort of rivalry between blog networks. There’s room for everyone.”

News
Why do so many ‘nones’ believe in life after death?