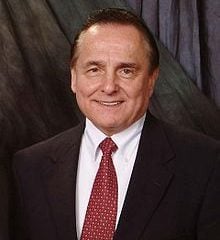 Its membership was terminated last Friday (March 11) for failure to comply with its standards for governance, according to the ECFA website.

The loss of accreditation is yet another setback for the Institute in Basic Life Principles. Eighteen people are suing the Oak Brook, Ill.-based institute, and Bill Gothard, its 81-year-old founder, for sexual harassment.

Christianity Today noted ECFA’s explanation of its governance standards on its website:

“When a ministry encounters failure—or even worse, scandal—its difficulties can almost always be traced to a breakdown in governance. For this reason, ECFA places much emphasis on strong, effective governance.”

Those standards require organizations to be governed by a majority-independent board that must include at least five people and meet at least semiannually to establish policies and review accomplishments.

Thousands of conservative Christian families have used the Institute in Basic Life Principles’ home schooling curriculum. Others may be most familiar with the Christian ministry from its association with the Duggar family from TLC’s “19 Kids and Counting.”

The institute has distanced itself from Gothard, who resigned in 2014 amid allegations of sexual abuse.