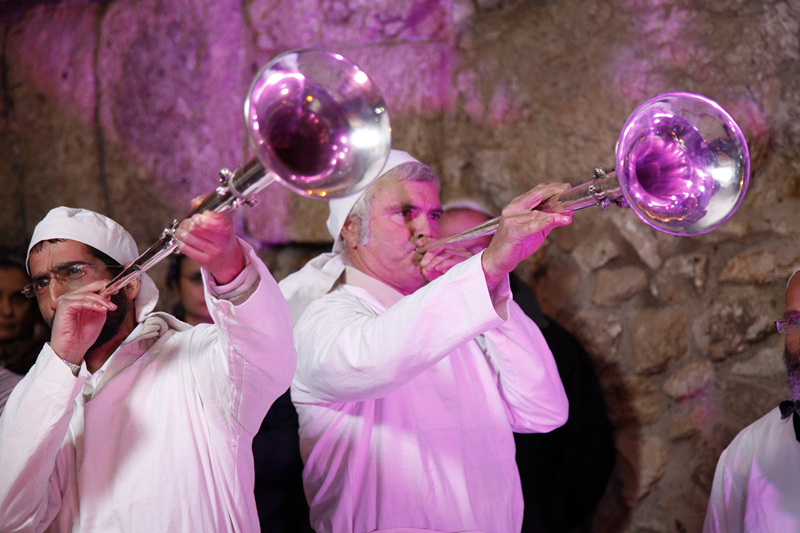 JERUSALEM (RNS) An Israeli institute dedicated to building the Third Temple in Judaism’s history is seeking males ritually pure enough to carry out Torah-based commandments that haven’t been performed in nearly 2,000 years.

Earlier this week, the Temple Institute announced a search for a select group of male kohanim, members of the Jewish priestly class, qualified to perform animal sacrifices, including the slaying and burning of a red heifer.

The arcane rituals the institute wants to revive stretch back to the biblical book of Numbers, which stipulates, among other things, that the ashes of an unblemished red cow sacrificed by Jewish priests at the Jerusalem Temple can purify people who come in contact with the dead.

Problem is, a Jewish Temple hasn’t existed since the year 70, when the Second Temple was destroyed by the Romans, and  Jews have been led by rabbis, not priests, though they continue to keep track of priestly lineage.

Most Jews consider any talk of rebuilding the Temple the work of extremists, and the institute and its supporters are, for the most part, on the fringe of Israeli society.

The institute’s leaders believe a third Temple cannot be built until there are priests ritually pure enough to maintain it; hence the call for the reinstatement of ritually pure kohanim.

Candidates must have been born in Israel and be able to prove their priestly lineage. In keeping with ritual purity guidelines spelled out in the Hebrew Bible, these candidates must also have exercised “extreme caution” to avoid exposure to corpses.

Kohanim born in hospitals, or who have visited hospitals or cemeteries, will almost certainly be ineligible, said Rabbi Chaim Richman, international director of the Temple Institute.

“All Jewish males who are descended from Aaron are obligated to serve in the Holy Temple” once it is built, Richman said. “We’re talking about a different level of purity, or spiritual acclamation.”

Palestinian Muslims consider the institute’s goal of building a temple a threat to the Al-Aqsa Mosque, which was built on the site where the Jewish Temples once stood. Israeli government assurances that it has no intention of changing the status quo on the mount — called Haram al-Sharif in Arabic — have not assuaged Muslims’ fears.