Valerie Jarrett, Cecilia Munoz and Jeff Zients, all top aides to President Obama, met Thursday (April 14) with religious leaders from across the country who described “heart-wrenching stories” of congregants whose lives had been ravaged by payday loans.

“What emerged was a common, powerful theme: that we have a moral obligation as a country to do something to stop payday lenders from preying on consumers by trapping them in an endless cycle of debt,” the trio wrote in a White House online post. 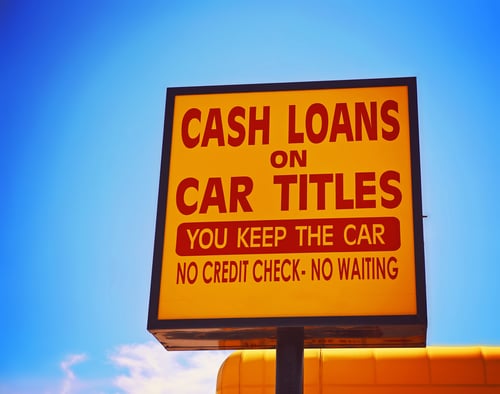 The faith leaders, who represented Southern Baptists and Reform Jews, among others, recommended ways to address abuses in payday lending. Obama’s advisers noted that the Consumer Financial Protection Bureau began working in 2015 on rules to reduce such abuses.

“Yet even as there is widespread agreement across a diverse array of faith communities that something needs to be done to address payday lending abuses, too often these reasonable efforts face stiff resistance from the special interests supported by the payday loan industry,” the three advisers said.

The meeting came a day after LifeWay Research released a survey that showed three-quarters of Christians consider payday loans to be “sinful.” The survey was sponsored by Faith for Just Lending, a coalition of religious groups opposing the lending practices that also issued a report on “The Collateral Consequences of Payday Loan Debt.”

Stephen Reeves of the Cooperative Baptist Fellowship, a member of the coalition, was among the leaders advocating for additional government action to limit payday lending.

“It is time for lawmakers and regulators to step up, listen to the voice of the people so often drowned out by industry money and political influence, and enact fair and responsible boundaries for these predatory products,” he said.

News
What four strangers of different faiths learned while living together during a pandemic
News
SBC leader Russell Moore to Trump: Time to leave. ‘People are dead’
Spiritual Politics
The desecration of the House
News
Jentezen Franklin, Trump adviser and prominent Georgia pastor, tests positive for COVID-19
Opinion
The campaign is over. Will a Biden-Harris administration deliver on its interfaith promises?