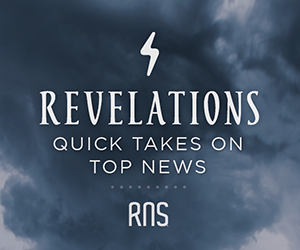 (RNS) The president of the association of Conservative rabbis will resign his synagogue post, acknowledging a "struggle" with his sexual identity and "inappropriate actions" outside his marriage.

Rabbi William Gershon is also taking a leave for the remaining month of his term as president of the Rabbinical Assembly, the organization of the world's approximately 1,700 Conservative rabbis. He intends to resign later this month as senior rabbi of Congregation Shearith Israel, the prominent Dallas synagogue he has headed since 1998.

"I am very saddened to admit, to you and to myself, that even as I strove to be present in the lives of so many people, I could not be present with myself," the rabbi wrote in a letter to his congregation in which he asks for forgiveness.

"I have wrestled for many years with questions of my sexual identity but was unable to understand, accept and integrate this most personal and intimate aspect of myself," the letter continues.

Rabbi Julie Schonfeld, executive vice president of the Rabbinical Assembly, said Gershon made great contributions both on the public stage and in the lives of individuals.

"As we prepare for Passover, I will keep in mind the many inspiring insights that he has taught me," she said, referring to the holiday beginning Friday (April 22) at sundown.

About 18 percent of American Jews affiliate with the Conservative movement, the second-largest stream of Judaism in the U.S.

Conservative Judaism, which sits between the more liberal Reform and the more traditional Orthodox movements, lifted the ban on the ordination of gay rabbis in 2006. In 2012 the Rabbinical Assembly, which Gershon has headed since 2014, established guidelines for its rabbis to officiate at the weddings of gay couples.