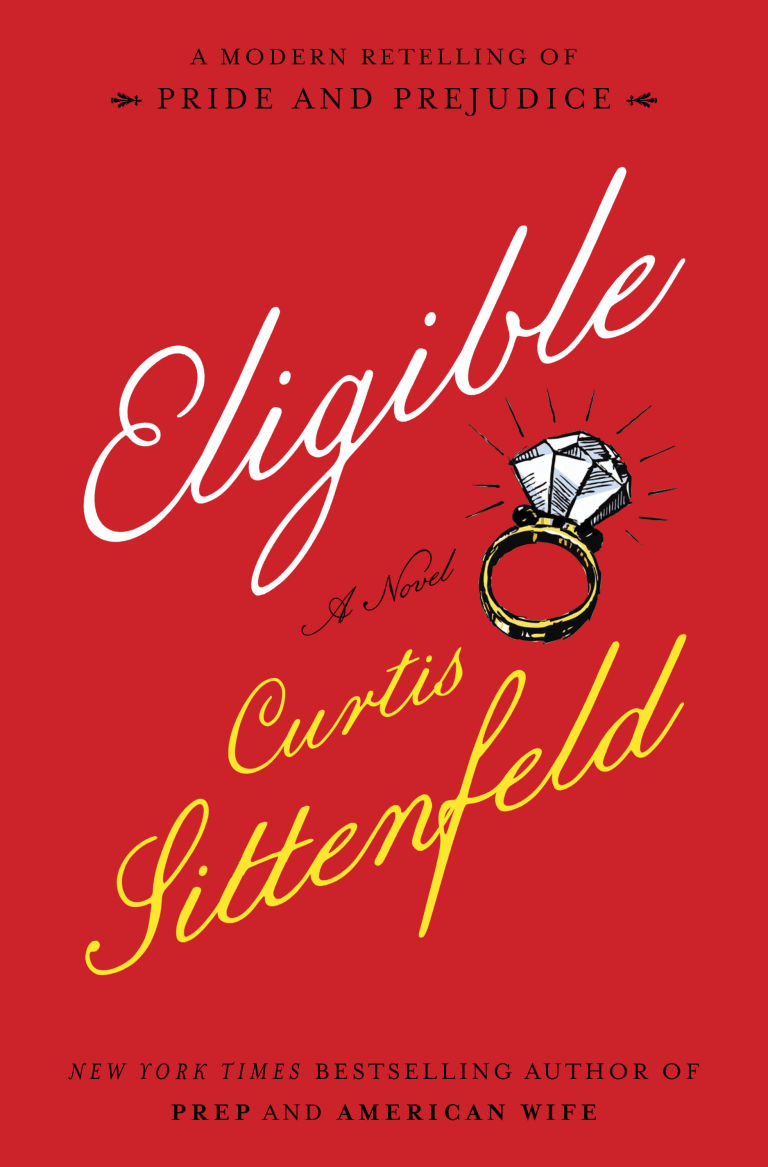 It’s that time of year again, when this blog abandons silly topics like justice and religion and instead tackles more pressing issues, like what novels to read at the beach. Here are some favorites so far in 2016. 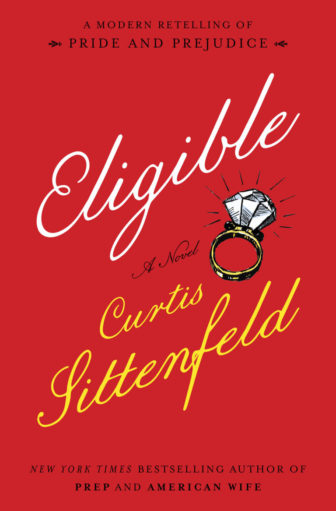 I’m a sucker for any Pride and Prejudice adaptation, but one that’s set in Cincinnati, the city I love most? Jackpot. The Bennet family even lives in my neighborhood! (Granted, they reside in the swanky part, but still.) Elizabeth and Darcy keep running into each other at my Skyline Chili. And the library where Mr. Bennet flees to escape Mrs. Bennet’s perpetual hysteria is my beloved Mercantile Library where I disappear to write!

OK, enough with the local color, because there are plenty of other terrific things about this novel that will make it appeal even to those of you who are not so fortunate as to live in Cincinnati.

Jane Austen’s dry wit is everywhere apparent, especially in Elizabeth’s relationship with her parents, who have blown through their inheritance and are now facing the need to – oh, the horror! – retrench and downsize.

The chemistry between Darcy and Elizabeth is crackling. (In fact, more traditional readers should be warned that it’s steamy enough that the two soon become frenemies with benefits.)

Moreover, the minor characters are something of a revelation. Mr. Collins is recast as a socially awkward, Aspergery tech genius; raunchy Lydia is obsessed with CrossFit and the paleo diet; and Lady Catherine is an aging Gloria Steinem. Somehow, that last part works, and the fact that Lady Catherine is not an über-bitch in this retelling just goes to show how much better off strong women are now than they were 200 years ago.

What doesn’t work? The last fifty pages or so aren’t nearly as captivating as the first fifty, and the subplot of the Eligible reality show that features a certain Chip Bingley doesn’t match Austen as a comedy of manners, however clever it was to update P & P with the see-and-be-seen mentality of reality television.

Overall, though: if you like Jane Austen and have a sense of humor, you’re going to have a wicked good time with this. 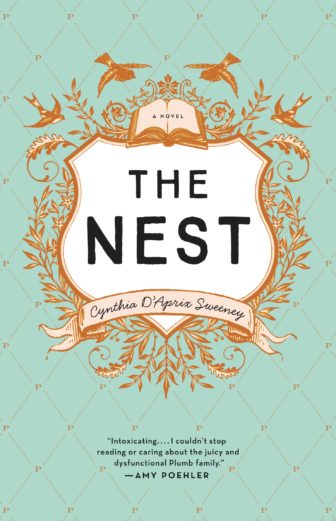 If the Bennet family’s inherent disfunctionality and money troubles aren’t enough for your beach pleasure, you might enjoy this debut novel that everybody is talking about. It’s one of those guilty pleasures in which you explore another family’s train wreck of a year and then scrutinize your own boring life and breathe a sigh of relief that you may be screwed up, but you’re not that screwed up.

The novel centers on the four middle-aged siblings of the Plumb family, who have all been looking forward to the time the youngest of them turns forty. Then they will all come into their shares of the titular “nest,” an inheritance their late father intended to be supplemental but which has ballooned into about half a million dollars for each of them. Until, that is, their oldest brother Leo’s disastrous drug use and cheatin’ ways wipe out most of the nest just a few months before the other siblings were due to cash in and alleviate their own financial problems.

It’s hard to feel sorry for any of the Plumbs, since the tantalizing promise of this money has led them to live as though they already had it. Even though Leo’s selfishness is the worst of the four, there’s more than enough posturing and stupidity to go around.

But the fun of the novel is in seeing how the siblings start to put their lives back together and realize that many of the things they had once regarded as essential aren’t even all that important. (The other fun part of the novel is that it’s an unabashed love song to New York.) 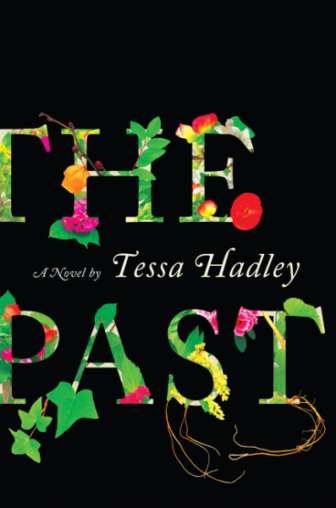 The Past by Tessa Hadley (Harper)

If your tastes are more highbrow and literary than The Nest would allow, here’s another story about four middle-aged siblings who are trying to deal with parental legacies and their own smoldering resentments.

Strangely, the opening line of the jacket copy says this is Hadley’s “most accessible, commercial novel yet.” I wouldn’t go that far. This is not plot-dependent commercial fiction but a slow, thoughtful, character-driven rumination.

If that’s your thing, this novel will take you by surprise in its spot-on observations of character and human nature. Hadley has a remarkable gift for quiet surveillance of the best and worst in family relationships. It’s a novel to make you think about your own life, your parents’ imprint upon you, and who takes on what default roles among your siblings. It’s not always comfortable to read, as it deftly explores the kinds of secrets that most families are prone to hide, even from themselves. But it is always worthwhile and thought-provoking. 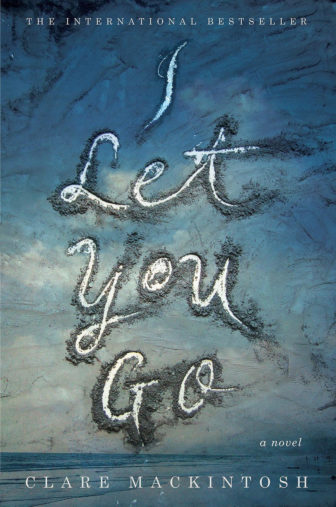 I Let You Go by Clare Mackintosh (Berkley/Penguin, May)

They’re calling it “this year’s Gone Girl” or “the new Girl on the Train”—and with good reason. This is so remarkable a debut suspense novel that all the clichés were true—I couldn’t put it down, I stayed up too late reading it, I began to feel resentful of the time I had to work or be a parent because I wanted to find out what was going to happen next.

I Let You Go opens in Bristol, England, where a kindergartner is happily chatting with his mum as they hold hands for a brief walk home from school in the rain. Tragedy strikes within the first few pages in the form of a hit-and-run accident, after the mother lets go of her son for just one ill-timed moment. Soon the devastated mother flees to the Welsh coast to escape her grief and the pervasive blame-the-mother stories appearing in the tabloids.

That’s all I’m going to tell you . . . because the plot twist that comes halfway through the book (44% through, for you Kindle users) is so stunning that you’re going to want to experience it for yourself.

This author spent twelve years as an honest-to-goodness detective for the British police, and the experience seems to have given her more than just procedural knowledge and forensic expertise. There’s an emotional wisdom about life on the police force and the trauma of unsolved cases. I’ll be looking out for her next book, and the next.