(RNS) In “The Merchant of Venice,” William Shakespeare wrote: “The devil can cite Scripture for his purpose.” The Bard recognized that biblical verses can be selectively employed to justify a malicious cause. 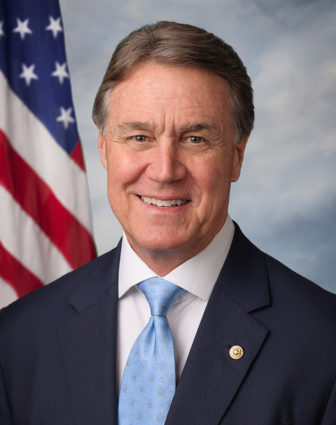 Unfortunately, the use and abuse of religion is an old story in American public life. Ten years ago a battle was fought over whether Air Force Academy cadets would be taught they are on “Team Jesus.” The academy ultimately backed down.

The latest example took place at the recent Faith and Freedom Coalition conference in Washington, D.C. Speaking to mostly evangelical Protestants, U.S. Sen. David Perdue criticized President Obama and asked his audience to invoke one particular scriptural verse when they “prayed for the president.”

The Georgia Republican recited Psalm 109:8: “May his days be few; may another seize his position.”

Perdue chose a biblical passage that describes the intense anger aimed at one of King David’s opponents. It is a bitter lament, and some biblical scholars wonder how such a negative text was included among the 150 Psalms.

The verse has become a rallying cry for many people since the president’s inauguration in 2009. “Psalm 109:8” appears on bumper stickers and T-shirts and is not so subtle code for those who are both biblically literate and fierce opponents of the president.

Perdue did not read the equally harsh verses that follow: “May his children be orphans, and his wife a widow, may his children wander about and beg; may they be driven out of the ruins they inhabit.”

It was a narrow theological escape for the first lady and the Obamas’ two daughters.

Sadly, Perdue’s choice of sacred text omitted a call for mercy, compassion and kindness: key tenets of Christian faith. Instead, it was a cruel plea to cut short the days of a sitting U.S. president so someone else could “seize” the Oval Office.

Not surprisingly, the senator said his remarks were offered as a joke, and, indeed, his audience laughed when the biblical verse was read. Despite this disclaimer, Perdue quickly drew sharp criticism and a spokeswoman attempted to “walk back” her boss’s egregious remarks:

“Senator Perdue said we are called to pray for our country, for our leaders and for our president. He in no way wishes harm towards our president and everyone in the room understood that. However, we should add the media to our prayer list because they are pushing a narrative to create controversy and that is exactly what the American people are tired of.”

Unfortunately, Perdue isn’t the first leader to cite this biblical passage to advance an abhorrent position.

But how should people who revere the Bible and its profound teachings respond to the use of “Psalm 109:8”? Are people who cherish the Bible forced to jettison the Scriptures and their extraordinary truths because they reject the sometimes-cruel language found in certain biblical verses?

We should not surrender authentic biblical interpretation to Perdue and the members of the Faith and Freedom Coalition. If they are the only people able to define the Bible’s meaning for the American society, they will have gained an enormous victory. If they have convinced the public that they, and they alone, correctly interpret the Bible, they are then able to label their opponents as “anti-Bible” or “secular.” It is a tactic that has worked too long and too well.

For centuries, Jewish and much of Christian biblical teaching has provided extraordinary commentaries and interpretations that seek to explain such extreme language. The biblical text remains intact, but its historical context and meaning is a subject of constant interpretation and reinterpretation. The Bible is not a club used to bludgeon people into submission or fear. It is instead a living document that commands reverence and respect, but also demands critical insights from readers.

As a member of the media, I guess I am now listed on Perdue’s lengthy “prayer list.” My fervent hope is that the next time he offers up a biblical text in my behalf, it will not be Psalm 109. If the senator needs some irenic scriptural verses, he might recite these words from Psalm 25 that are attributed to King David: “Make me to know Your ways, O God; teach me your path … for You I wait all the day long.”