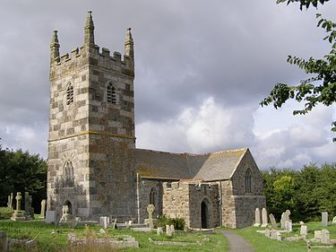 St. Wynwallow Church, Parish of Landewenack at The Lizard, Cornwall

The answer is: pretty much nowhere.

On vacation in Cornwall a week before the vote, we stopped in at St. Winwallow Church, named for an ancient Celtic saint (notable for being the son of St. Gwen the Three-Breasted) who supposedly founded a monastery nearby in the late fifth century. The June newsletter, “Window on Wynwallow,” featured a  pastoral letter on Brexit from Deirdre Mackrill, a priest of the diocese of Truro.

Saying she herself had not yet made up her mind but was looking for “a decisive Christian slant,” Rev. Deirdre first quotes John Donne for the “Remain” side:

No man is an island,
Entire of itself,
Every man is a piece of the continent,
A part of the main.
If a clod be washed away by the sea,
Europe is the less.

Then, for “Leave,” she turns to Andrew Goddard, Senior Research Fellow at the Kirby Laing Institute of Christian Ethics in Cambridge: “We should leave because the EU, despite Christian elements in its vision, and past successes for example in relation to peace, is now failing and damaging members and others,” etc.

“Lawks!” writes Rev. Deirdre. “All this confusion; all this uncertainty! Of one thing we can be certain, though: ‘The steadfast love of the Lord never ceases’…Whatever the outcome, we need to agree to disagree in such a way that we are able to work together, in love, to get the best out of it….”

Actually, it turns out that Goddard, who also serves as assistant minister at St. James the Less in Pimlico, was equally equivocal, balancing his Leave argument with a remain one: “We should stay because the EU’s vision, shaped by Christianity, has led it to much good for its members and more widely,” etc.

As for the Archbishop of Canterbury, Justin Welby, he waited until June 11 to weigh in, writing a mildly pro-EU column for the Daily Mail in which he declared his respect for politicians on both sides, said there was no official Church position, but allowed as how:

It would seem less than transparent, having written this, not to say where I stand. It is not said with the desire to tell others how to vote. In no sense do I have some divine hot line to the right answer. We each have to make up our own minds. But for my part, based on what I have said and on what I have experienced I shall vote to remain.

The day after the vote to leave, Welby issued a statement that concluded: “Let us pray especially that we may go forward to build a good United Kingdom that, though relating to the rest of Europe in a new way will play its part amongst the nations in the pursuit of the common good throughout the world.”

The Church of England is the original Establishment, from which references  to any and all “establishments” derive. Though traditionally called “the Tory party at prayer,” it seeks to represent the nation as a whole, and not merely to stand for the status quo. Still, given the duplicity and xenophobia of the Leave campaign, and the chaos of the aftermath, it’s hard not to feel that its leaders would have done Great Britain a service by speaking up forcefully, even prophetically, for Remain. 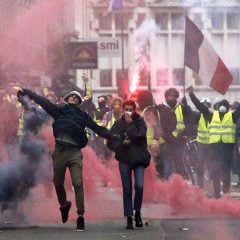 Signs of the Times
As the world appears to turn upside down (again), Advent is here 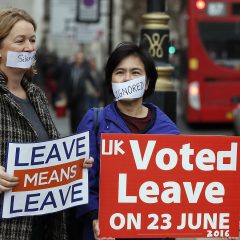 News
Church of England struggles to find its voice on Brexit 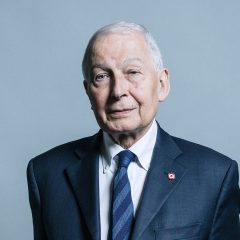