Two hundred people demonstrated outside Israel’s Supreme Rabbinical Court on July 6, 2016 to protest the Chief Rabbinate’s refusal to recognize the authority of one of the most prominent Orthodox American rabbis. Photo courtesy of Ezra Landau for ITIM
July 14, 2016
Yonat Shimron

(RNS) American and Israeli Jews condemned a decision by Israel’s Supreme Rabbinical Court to reject the authority of prominent New York Orthodox rabbi by forcing one of his converts to submit to additional questioning.

Earlier this month the court, which is affiliated with the Chief Rabbinate, rejected the woman’s conversion by Rabbi Haskel Lookstein, one of the most respected Modern Orthodox rabbis in the U.S.

On Wednesday (July 13), in a power play apparently intended to assert its own authority over that of the American rabbi, the court granted the woman its own expedited conversion, after grilling her on Jewish law. The last-minute conversion will enable her to be married by the Chief Rabbinate, which has sole authority over marriage in Israel. 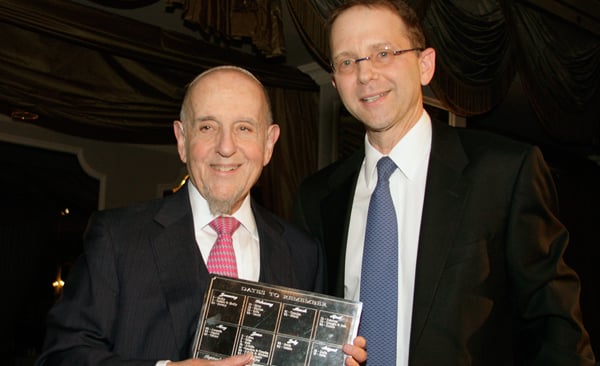 The woman who was identified publicly as “Nicole” underwent an Orthodox conversion by Lookstein in New York in May 2015.

“The rabbinical judges have humiliated not just the convert, but also hundreds of rabbis in the diaspora and their congregations,” he said.

“I am outraged at the abuse of a perfectly fine Jewish woman who should have been treated with the utmost sensitivity and instead was humiliated,” Lookstein told the Jewish Telegraphic Agency Wednesday. “They will have to answer to God on Yom Kippur for how they treated this young woman. They have violated a huge number of commandments.”

Eric Goldstein, who leads the UJA-Federation of New York, which funnels millions of dollars a year to Israeli causes, said the court’s “egregious” decision “undermines the authority of all diaspora rabbis, will cause much needless suffering, and further frays the bonds between world Jewry and Israel."

The Anti-Defamation League called the court’s decision a “slap in the face” to American Jewry, including those who have chosen to join the Jewish people, and said it highlights just how extreme the Israeli Rabbinate has become on Jewish life cycle issues.

In Israel, Rabbi David Stav, founder and president of the Tzohar Rabbinical Organization, which sees itself as an alternative to the rabbinate, said he feared well-intentioned converts are being disregarded.

“What message,” he asked, “does this send to those interested in converting?”

Related Posts
By Joseph Krauss
'GOD TV' spat exposes tensions between Israel, evangelicals
By Karen Matthews
NYC mayor takes heat after lashing out at Jewish funeral
By Thomas Reese
Responding to COVID-19 is a marathon, not a sprint
By Yonat Shimron
The coronavirus is upending thousands of years of Jewish tradition
By Menachem Wecker
Amid rising anti-Semitism, Orthodox Jews weigh safety with being conspicuously Jewish