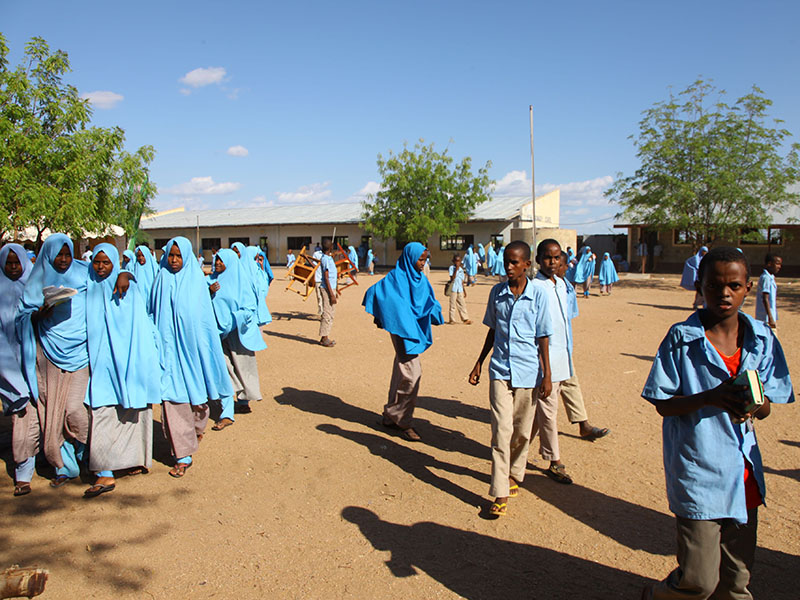 Girls at a school in Garissa, Kenya, seen wearing hijab in school in 2015. A court in Lagos, Nigeria, has lifted a ban on the wearing of the headscarves in schools there. Photo by RNS/Fredrick Nzwili
July 22, 2016
Jerome Socolovsky

NAIROBI, Kenya (RNS) Muslims in Nigeria are celebrating a court ruling that lifted a ban on girls in public school wearing the hijab in Lagos state.

The decision on Thursday (July 21) was handed down by the Court of Appeals after two female students challenged a ruling three years earlier by a Lagos state court that banned the head coverings.

He said the unanimous judgment left a firm stamp of authority on the legality of the use of hijab by all Muslim women in the country, and he praised the "patience and tolerance in the face of provocation" shown by students since the initial ruling.

Meanwhile, another tussle on wearing headscarves in schools continues in the southwestern state of Osun. In June, Christians sent their children to school in church robes, after a judge in the state allowed Muslim girls to be covered.

The question of whether school uniforms should adapt to religious dress has been hotly debated in a country that is divided between Muslims in the north and Christians in the south. The Islamist Boko Haram group has sent girls on suicide missions with explosives concealed under full-body garments.