PICO National Network, a faith-based organizing network, announced its “Together We Vote” plan to work with allies to seek new voters who are especially concerned about racial justice.

“We’re going to be talking to over a million voters in conversations with people who have regularly been bypassed by conventions and parties and candidates,” said Denise Collazo, leader of the initiative and PICO’s chief of staff, at a news conference Tuesday (Aug. 2) at the National Press Club.

The campaign will focus particularly on issues such as police brutality, improved wages and keeping immigrant families together.

“We will work to withhold federal dollars from cities and states that refuse to hold police accountable for how they are treating black and brown bodies in this country,” said Bishop Dwayne Royster, PICO’s political director. 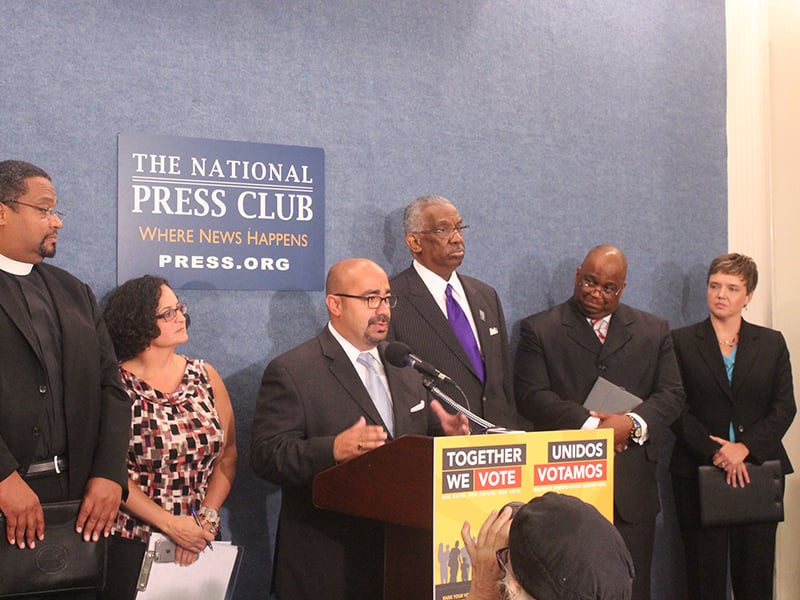 The Rev. Jose Arce of the National Latino Evangelical Coalition spoke at the “Together We Vote” news conference at the National Press Club on Aug. 2, 2016. He joined other faith leaders in plans to register people to vote. RNS photo by Adelle M. Banks

The Rev. Jose Arce of the National Latino Evangelical Coalition said many of the children of deported immigrants are now citizens with voting power.

“They’re coming of age and they’re ready to vote,” he said. “And we’re ready to register them.”

In addition, activists hope their efforts will counter so-called voter suppression laws they believe have reduced voting opportunities in many states. Appellate courts across the country have recently invalidated many of those restrictive voting laws.

The Progressive National Baptist Convention will be holding training for its church members during its upcoming Annual Session (Aug. 7-12) in New Orleans.

“What we want is every church to be involved in registering new people and we don’t want them to feel like they have to wait for a certain day to do it,” said the Rev. James C. Perkins, PNBC president, in a recent interview. “We want them to do it every Sunday.”

The African Methodist Episcopal Church held voter education training during its quadrennial General Conference in July in Philadelphia. And it has joined other voter education activities in states across the country as well as the “Together We Vote” campaign. 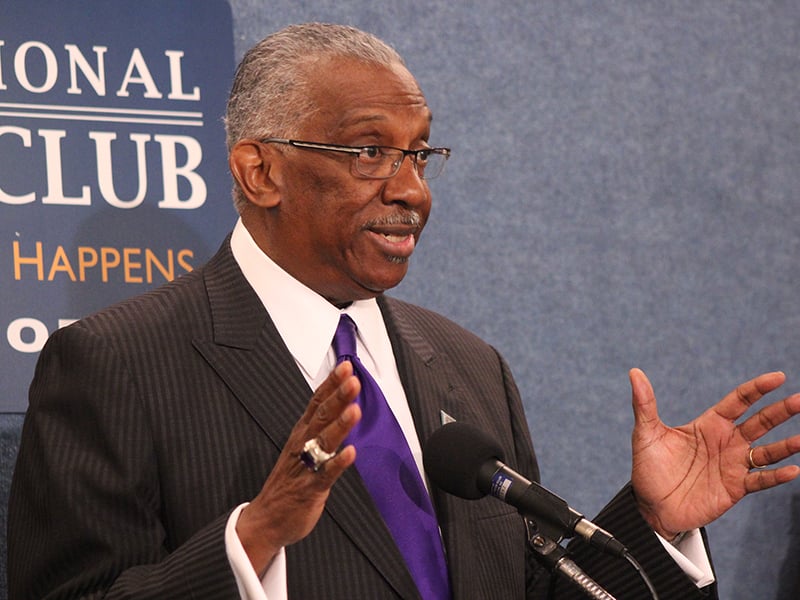 African Methodist Episcopal Church Bishop Adam Richardson Jr., who is working on voter registration in Florida, spoke at the “Together We Vote” news conference at the National Press Club on Aug. 2, 2016. RNS photo by Adelle M. Banks

“No matter what our faith is, all have some of the same concerns,” said AME Church Bishop Adam Richardson Jr., who is working on voter registration in Florida. “One of the things that we all are striving for is to do something to ameliorate voter apathy ’cause voter apathy is, in my opinion, worse than voter suppression. … So we have to make sure that people are mobilized to go vote.” Signs of the Times
Pope’s new book speaks to Americans on racism, immigration and gender equity
Follow us on Facebook!
Submit your photos to RNS