NEW YORK — A New York City grand jury on Monday indicted a Brooklyn man who is accused of fatally shooting a Muslim cleric and his assistant this month after they left a mosque in Queens.

“The defendant’s alleged actions strike at the very heart of our county’s Muslim community,” Queens District Attorney Richard Brown said in a statement on Monday. “Both victims were gentlemen of peace and their deaths are a devastating loss to their families and the community that they served.”

Imam Maulana Akonjee, 55, and Thara Uddin, 64, were gunned down after they left their mosque on Saturday, Aug. 13, in the Ozone Park neighborhood of Queens in an attack that shocked the area’s largely Bangladeshi community.

Authorities have said the gunman’s motive remains unclear and the possibility it was a hate crime is being investigated.

Morel, who has been held without bail since his initial court appearance last week, will be arraigned on the grand jury’s indictment at a later date.

If convicted, he faces up to life in prison without the possibility of parole.

Akonjee, a father of seven, emigrated to the United States from Bangladesh several years ago. Community members who knew him well described the slain imam as a humble man who lived and breathed his religious faith. 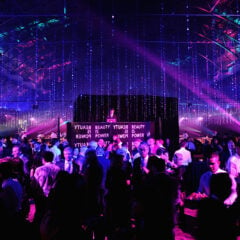