“It’s my spiritual journey put into music,” Cain said in a video posted on his website. 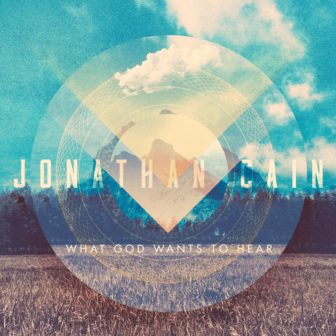 As a child growing up in Chicago, Cain wanted to be a priest.

He was a third-grader at Our Lady of the Angels School when the historic 1958 fire swept through the building, according to the press release announcing the album. The fire sent children leaping from fifth-story windows and killed 92 students and three nuns. In its aftermath, Cain turned away from his childhood faith.

Cain joined Journey as its keyboardist and rhythm guitarist in 1980 and still tours with the band. He not only co-wrote “Don’t Stop Believin,'” the most downloaded catalog track in iTunes history, but also wrote or co-wrote the band’s hits “Faithfully,” “Who’s Crying Now” and “Open Arms.”

After White asked him to lead worship on a cruise, Cain said, he learned several things: He was comfortable singing Christian music, but a lot of it wasn’t based on Scripture.

That’s why he wrote “What God Wants to Hear,” he said.

The first single from the album, “Deeper than Deep,” is available for download with a preorder of “What God Wants to Hear” on iTunes.