The $119 billion that was given to churches, religious charities and parachurch ministries is more than went to groups that specialize in education, human services or any other category, according to a report by Giving USA.

But the cost-effectiveness of the religious recipients varies greatly, as does the transparency of their finances.

“Donors should recognize they have a serious responsibility to give as wisely as they can, as it is not their money they are giving but the Lord’s,” said Rusty Leonard, founder and CEO of MinistryWatch, an accountability group.

The final months of the year can generate a quarter or more of a ministry’s annual donations. So how can prospective donors looking to support Christian organizations figure out which ones deliver the most “ministry per dollar”?

Expenses and overhead costs can vary, depending on the organization’s mission, administrative expenses and the cost of doing business in the areas where they work.

Leonard says donors should do research and “ask tough questions.”

“The world of Christian ministry is lightly regulated,” he said, noting that the Evangelical Council for Financial Accountability “exists primarily to help the ministries, not donors. So, without active donor involvement, it is easy for a ministry to go astray.”

With support from the Fund for Investigative Journalism, RNS looked at 33 major nonprofit Christian ministries to find out:

Some ministries make it easy for donors to access their audited financial statements online. Compassion International, Fellowship of Christian Athletes, InterVarsity Christian Fellowship and Prison Fellowship all offer many financial reports on their websites.

Others offer websites and annual reports that lack detailed financial data or conflict with actual spending.

Some charities, including the nearly $3 billion Salvation Army USA, declined to provide detailed financial information for this article.

The challenge of transparency

Not all of America’s million-plus charities and foundations are created equal, as reporters for CBS News and The New York Times discovered last year when they investigated Wounded Warrior Project.

That nonprofit spent only 60 percent of its income caring for military veterans; the rest went to overhead, salaries, marketing and fundraising.

In the world of Christian ministries, the Evangelical Council for Financial Accountability was founded in 1979 after a series of religious fundraising scandals involving high-rolling televangelists and a Catholic group, the Pallotine Fathers, who spent only two-and-a-half cents per donor dollar on ministry programs.

ECFA’s members include more than 2,100 church and parachurch ministries that receive about $16 billion a year.

The council’s transparency guidelines require member organizations to provide audited financial statements “upon written request.” ECFA says such financial transparency is both a matter of “moral integrity” and “a condition of continued ECFA accreditation in good standing.”

They did only after the EFCA, contacted for this article, stepped in and urged them to be forthcoming.

So how do donors decide which charity deserves their money? In addition to MinistryWatch, which focuses on evangelical nonprofits, Consumer Reports recently highlighted three of the most popular and reliable watchdogs: Charity Navigator; Charity Watch; and the BBB Wise Giving Alliance.

Charity Navigator (whose rankings are used on the accompanying chart) provides independent analysis of more than 8,000 charities, using its own unique criteria.

“Donors need to take the time to kick the tires and look under the hood before they turn over their hard-earned money,” said Charity Navigator Vice President Sandra Miniutti. 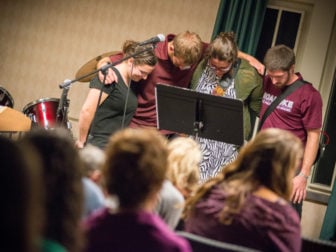 Students pray during an InterVarsity gathering at Roanoke College in Salem, Va.

MinistryWatch uses its own metrics to analyze ministries, some of which are not ranked by Charity Navigator. MinistryWatch gave its highest award, 5 stars, to Pat Robertson’s Operation Blessing and Every Home for Christ, and gave its lowest rating, 1 star, to MOPS International and Prison Fellowship.

Transparency may be even harder to come by as ministries and parachurch groups look to be classified as churches. Miniutti said that if a charity qualifies as one, “then it is even more challenging for the donor to access financial and governance information.”

That’s because such groups are exempt from filing IRS Form 990, a disclosure form that is often the only source of information on tax-exempt organizations.

Last year, the IRS approved the Billy Graham Evangelistic Association‘s request to change the 66-year-old ministry’s tax status, from a nonprofit required to file annual 990 reports with the IRS to an association of churches that is not required to file 990s. 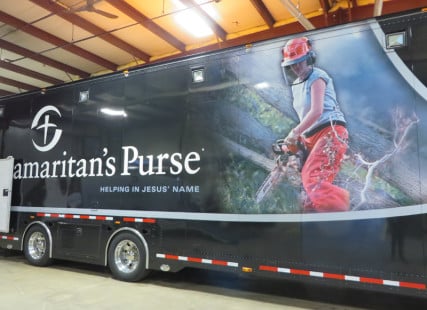 Franklin Graham, who runs both BGEA (annual income of $107 million) and Samaritan’s Purse ($599 million), cited two factors in the change: the “onerous” work required to prepare the 990; and “religious liberty” concerns about the IRS overstepping its bounds.

“I believe that someone in the (Obama) administration was targeting and attempting to intimidate us,” Graham claimed, after the ministries were audited in 2013. “This is morally wrong and unethical.”

Ministries including the Navigators, Pioneers USA and Every Home for Christ qualify as associations of churches and are not required to file 990s.

Leonard, of Ministry Watch, does not support ministries changing their tax status. “I see no reason for ministries to be listed as churches when they are clearly not a church, as the only incentive for doing so is to be less transparent with donors,” he said.

Meanwhile, new legislation seeks to overturn the decades-old restrictions on churches participating in politics, such as the Johnson Amendment, which Donald Trump pledged to overturn during his campaign.

The deductions the IRS gives to America’s churches, religious charities and donors total more than $71 billion a year, according to a 2012 estimate in Free Inquiry magazine. The legal status of these deductions may be a hot political issue for years to come. 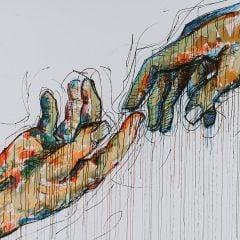 Opinion
Philanthropists and politicians: Religion is not a problem to solve, it’s a partnership opportunity 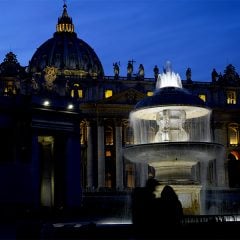 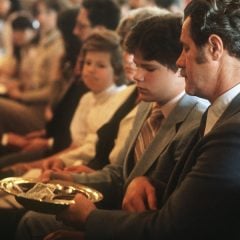 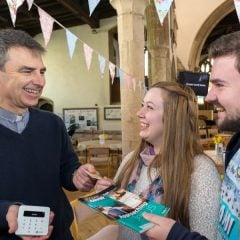 General story
Church of England goes cashless for worshippers’ contributions
Follow us on Facebook!
Submit your photos to RNS