RICHMOND, Va. (RNS) The Rev. Leah Daughtry stood in front of fellow black Christian leaders and told them they will need to work harder for social justice.

“This calls for more. We can’t keep doing what we’ve been doing,” she added.

A month after the inauguration of President Trump, African-American faith leaders who were concerned about the election outcome are now strategizing about their next steps.

Some have already been marching and rallying. Others have offered tips and ideas to help groups that they fear will be hurt by the new administration.

At the conference, which ended Thursday (Feb. 23), Lisa Sharon Harper, chief church engagement officer at Sojourners, said African-American faith leaders are looking at Trump’s cabinet appointments and the executive orders and concluding they must act.

“This administration has positioned itself in diametric opposition to God and therefore there is a trumpet call from the podium to resist,” she said in an interview.

“Where one resists and how one resists is up to the individual call to that person,” she added. “But to collaborate with evil is to become evil.”

On Wednesday, Sojourners joined leaders of African-American and Hispanic groups to launch the Matthew 25 Pledge. Endorsed by 100 faith leaders and signed by more than 20,000 people, it reads, “I pledge to protect and defend vulnerable people in the name of Jesus.”

The pledge signers agreed to “stand with African-Americans and other people of color threatened by racial policing” as well as undocumented immigrants fearing deportation and Muslims threatened with bans.

“Even though the crisis is today around deportations and Islamophobia and anti-Semitism, black parents and pastors and clergy leaders across the country are sitting in fear that open season against young blacks is just around the corner,” said the Rev. Barbara Williams-Skinner, co-chair of the National African American Clergy Network, on a media conference call about the pledge.

The website for the pledge includes a 16-page booklet that features best practices to improve community relations with the police.

Daughtry had ticked off a number of to-dos for the hundreds meeting at the Samuel DeWitt Proctor Conference in a Richmond hotel, including showing up and “getting in the way” as well as using social media.

“This struggle will require more than keyboard warriors,” she said. “It will require us to get our hands dirty in the hand-to-hand combat of relationship building, community organizing and personal engagement.”

Shannon Dycus, a black pastor at First Mennonite Church in Indianapolis, said her predominantly white congregation is considering becoming a sanctuary church, not solely for Latino immigrants but also LGBT people and African-Americans who may feel vulnerable: “Everyone who will be impacted by an increase in force by our government.”

But some say this should always be the focus.

“I want to balance the need to remain focused and the need to double down but also the reminder that this is what we should always be about whether we have a president that we like in the White House or not,” said Ben Sanders, a professor of theology and ethics at Eden Theological Seminary in St. Louis.

“The rise of Trump affirms for any of us who may have gotten too comfortable with Obama,” he said, “that this work is always needed, that there is no offseason.” 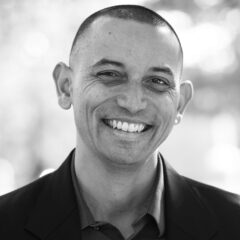 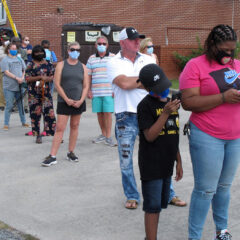 News
Poll chaplains plan to bring a ‘prayerful presence’ to precincts this Election Day
Follow us on Facebook!
Submit your photos to RNS