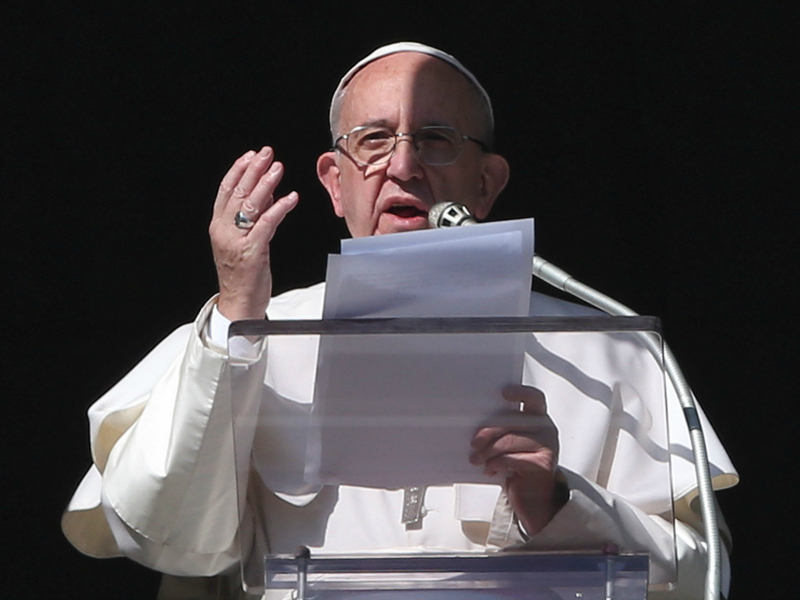 ROME (Reuters) Pope Francis will visit South Sudan in October if the security situation in the country stricken by civil war and famine does not worsen, a bishop from the country said.

The pope has said several times that he wants to go to the country to preach peace but so far no time frame has been given.

"We have been informed (by a Vatican official) that he will come in October but we don't know the exact date yet," Bishop Erkolano Tombe, of the city of Yei, told Reuters in an interview on Tuesday (March 21).

"It depends on the security situation between now and October. If it remains as it is now, he will come," Tombe said. He said October was toward the end of rainy season, which starts next month.

Oil-producing South Sudan, which became independent in 2011, descended into civil war in December 2013 when a dispute between President Salva Kiir and his sacked deputy Riek Machar ended with fighting, often along ethnic lines. Both sides have targeted civilians, human rights groups say.

Kiir's government and the United Nations have declared a famine in some part of the world's youngest country, where nearly half of its population of 5.5 million face food shortages.

Tombe, in Rome for meetings of the Catholic charity group Caritas Internationalis, said the situation was dire in his city of Yei, which lies southwest of the capital Juba and near the borders with Uganda and the Democratic Republic of Congo.

"Many people have died. They were shot while trying to harvest their crops. ... There are over 100,000 people trapped in Yei," he said.

Last month, the pope said he wanted the archbishop of Canterbury, head of the worldwide Anglican Communion, to accompany him on the trip to the mostly Christian country in a sign of unity.

"I don't want to lose hope but this hope has to be based on negotiations. If these warmongers don't come and sit together the war will continue," Tombe said.

On top of the civil war, South Sudan has been hit by the same east African drought that has pushed Somalia to the brink of famine, six years after 260,000 people starved to death.

A confidential U.N. report seen by Reuters mainly blames the government for the famine, yet it is boosting its forces by using millions of dollars from oil sales.