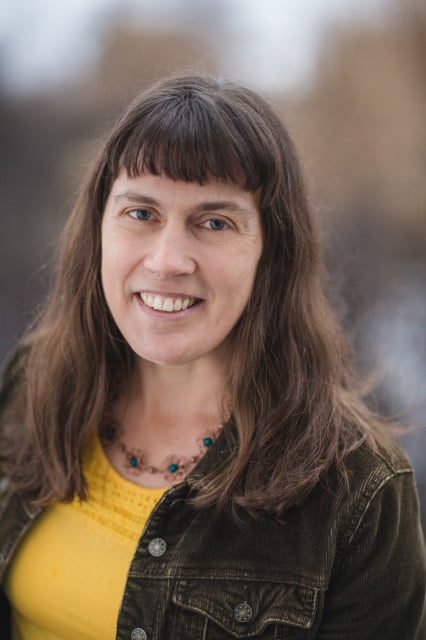 Recently I was at a church meeting where a general authority talked about how much more spiritually advanced his wife was.

This got a laugh out of the crowd. I cringed.

I’m not going to name the GA or the circumstances, both because I have no interest in shaming him personally (his talk was great) and because it doesn’t matter. This kind of casual attempt at a joke happens all the time at church.

Mostly, Mormon men don’t get why my generation of women find it distasteful, to say the least. He didn’t specifically say “Angel Wife,” but it’s the same idea, and I’ve heard that phrase so many times it makes me shudder.

So I’m going to do my best to explain why.

First, it isn’t true. Women are not inherently more spiritual than men. There is no doctrinal support for this view. If it were true, I suspect the church and the scriptures would be completely different than they are. The idea that God would make one half of the population inherently more spiritual based on gender makes no sense. The idea that somehow the holiest spirits were put into female bodies makes even less sense. Why would God do that?

I can only think that what you’re trying to say is that even though you, as a man with the priesthood who holds authority in the LDS Church and feels vaguely uncomfortable about that gender divide, don’t feel like you’re superior. That it’s actually the reverse. But you can’t say anything to rock the boat, so you make a joke about women being superior or at least your wife being superior, even though it’s utterly untrue.

Perhaps what you mean is that women in patriarchal societies have been taught feminized ways of dealing with power. These are mannerisms you find pleasing, including speaking less and in roundabout ways, criticizing leaders less, agreeing outwardly, denying themselves selfish pursuits, serving children, and generally taking seriously jobs that you consider beneath you. Christ exemplified many of these traits, and in some part of your mind, you are processing this reality: Women are more like Christ, which means that men must be more like . . . the Pharisees or the Romans in the narrative of the New Testament. So you praise women, but don’t follow the full implications of this.

Second, saying that women are spiritually superior to men is a way of suggesting that you support the status quo in the church that says women don’t need the priesthood because they access divine power through motherhood. It’s a response to political feminism and to the Ordain Women movement, and it’s typically Mormonly passive-aggressive. “We’re right and we don’t need to change and there’s nothing going on here, so move along.” You’re pretending that the power differential between men and women doesn’t exist or doesn’t matter, which isn’t fair.

I hope you will think about why you feel the need to make jokes about these things. Are you doing it to get the men in the audience to listen to you and to agree with you, a GA, about the important place of women? Are you trying to deal with problems of abuse of women in the church?

If so, this isn’t the way to do it. It’s too oblique. Showing respect to women needs to be done without this kind of joking.

Third, saying women are spiritually superior to men is patronizing. It’s proof of your power over women that you feel you have the right to say this. Do women make jokes about their husbands being spiritually superior? I’ve never heard that, because women lack power in our culture, and thus they can’t patronize men.

Think about how “tomboys” are treated, even in Mormonism. Few girls are ever really told they shouldn’t adopt masculine traits. Girls are often subconsciously encouraged to climb trees, play aggressively, wear jeans, and even to talk back. At least until they hit puberty. But young Mormon boys are NEVER encouraged to play with dolls, put on makeup for fun, or paint their nails. This is because female traits are less positively regarded in our Mormon culture. It’s why women in the church ask for the priesthood, but men don’t ask for anything that’s feminine. There’s no power in that. Do men desperately want to be Primary presidents? I don’t think they do.

I know, I know, you meant it as a compliment. Why can’t women just accept compliments? Well, the whole “men give compliments and women accept them” dynamic is just further proof of the unequal power dynamic within Mormonism. If a woman told you that she was so proud of her husband for learning how to do the dishes, what would your response be? That’s patronizing and you would think it was sarcastic.

That’s how it sounds to me when you say that your wife is spiritually superior.

OTHER POSTS BY METTE HARRISON: 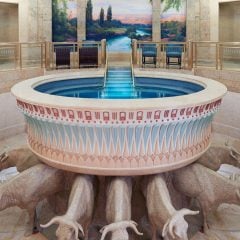 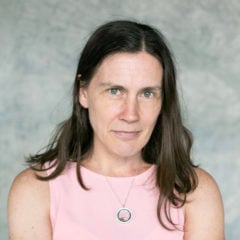 Flunking Sainthood
What Mormonism taught me