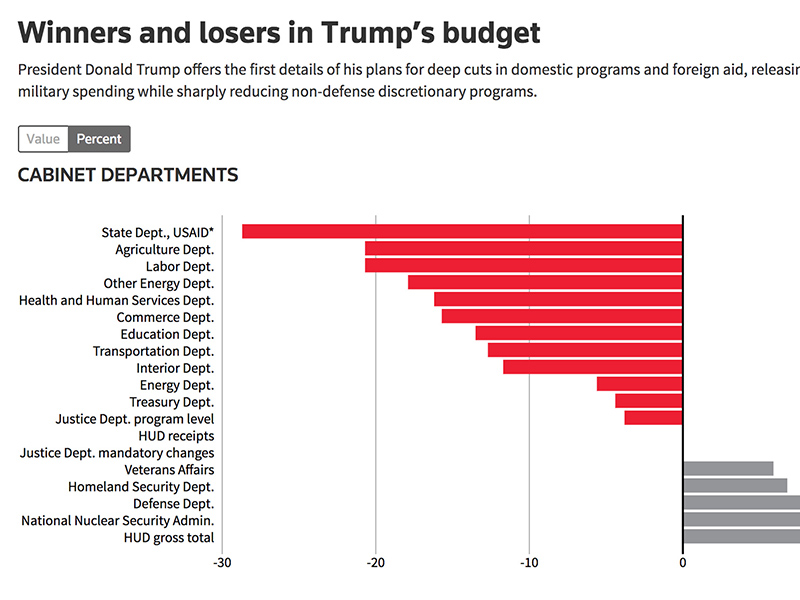 (RNS) Advocates in the United Church of Christ sent hundreds of letters to their members of Congress last week with one message: “If the budget is a moral document, we have lost our way.”

These comments were sent in response to the president’s recently released budget, which we believe is fundamentally inconsistent with the teachings of Jesus. As leaders in a Christian denomination called by the gospel to love our neighbor, and guided by a vision for a just world for all, we see this budget as deeply flawed. It would be devastating for the poor and reduces U.S. foreign policy to little more than military operations.

The budget would increase Pentagon spending by $54 billion, while slashing the already low level of support for ordinary citizens living at the margins here at home or abroad. The consequences for U.S. national security would be quite the opposite of what the budget ostensibly aims to achieve; it would put more American troops in harm’s way and even endanger any American targeted by those alarmed or inflamed by the prospect of a disproportionate growth in the global presence of the U.S. military.

Of the many agencies set for elimination, cutting the U.S. Institute of Peace seems particularly shortsighted. Established by Ronald Reagan in 1984, USIP has an impressive history of building peace both here in the U.S. and abroad. Through advising Congress, supporting peace-building projects, and convening and training peacemakers, U.S. investment in this institution has paid incredible dividends.

Despite its great work, USIP has faced the threat of elimination in the past. Each time, former military, faith and nonprofit leaders have spoken up in support. In 2011, former Marine Gen. Anthony Zinni advocated for its funding, and just last week retired Army Lt. Gen. Karl Eikenberry added his voice in a piece published in USA Today.

For the United Church of Christ, our witness has guided us for over 30 years toward a belief that peace is possible. The Gospel of Luke reads: "If you, even you, had only recognized on this day the things that make for peace!"

This mission has led us to support institutions like the U.S. Institute of Peace, and engage in peace-building efforts in conflicts around the world. Just recently, a delegation of church leaders returned from the war-torn nation of Colombia. Meeting with partners, they heard of the progress that has been made toward peace as well as the continued fragility of last year’s peace accord.

Over the past five years, the U.S. Institute of Peace played a significant role in supporting this peace process, one that ended a half-century of war in a nation that has suffered deeply. If USIP is eliminated, we will lose a critical partner in this work of peace building, and as a nation we will have lost one of our most effective “things that make for peace.”

As Americans and as people of faith, we cannot accept this. As a community committed to loving our neighbor and guided by a vision of a “Just World for All,” the United Church of Christ stands against proposed cuts to programs that benefit the poor or backing away from our investment in peace and sustainability through programs like USIP. We join with millions of others around the world in echoing the pope’s message to President Trump to become a peacemaker.

Only when we as a nation deepen our investments in such “things that make for peace” will we ever become not only good – but great.