VATICAN CITY (Reuters) The Vatican’s first auditor-general has resigned abruptly two years after being appointed to help ensure transparency in the sometimes murky finances at the headquarters of the Roman Catholic Church.

A brief Vatican statement on Tuesday (June 20) gave no reason for the resignation of Libero Milone, saying merely that he had presented it on Monday to Pope Francis and that the pontiff had accepted it.

But a Vatican source with knowledge of the events that led to Milone’s resignation told Reuters, “It’s a pretty ugly situation and I hope it does not get worse.”

When Milone was appointed in 2015, Cardinal George Pell, head of the Vatican’s Secretariat for the Economy, said he would be autonomous, answerable only to the pope and free to “go anywhere and everywhere” in the Vatican to review the finances and management of any department.

But the Vatican source said there had been a “clash of operational styles” between Milone and the departments his office audited, especially the Administration of the Patrimony of the Holy See (APSA).

The Vatican statement said Milone’s relationship with the Holy See, where he had been expected to serve until 2020, had been concluded “by mutual accord.” A search for a new auditor-general will begin soon.

Milone, a 68-year-old Italian who is a former chairman and CEO of the global auditing firm Deloitte in Italy, could not be immediately reached for comment.

Since his election in 2013, Pope Francis has enacted a series of reforms to clean up the Vatican’s sometimes opaque finances.

As a result, the Vatican bank, which had been embroiled in numerous scandals in the past, has enacted a wide-ranging drive to tighten financial governance and eliminate abuse.

The bank, formally known as the Institute for Religious Works (IOR), has toughened regulatory standards and closed thousands of accounts that were either inactive or deemed not to meet new standards required of clients.

Reforming the IOR and other Vatican departments that deal with church finances has been one of the most sensitive issues facing the pope as he seeks to overhaul the complex Vatican administration called the Curia. 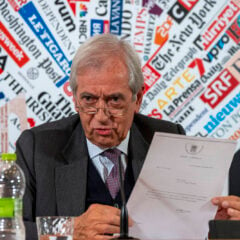 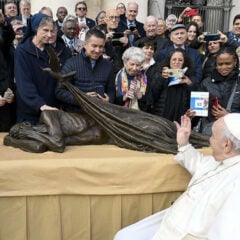