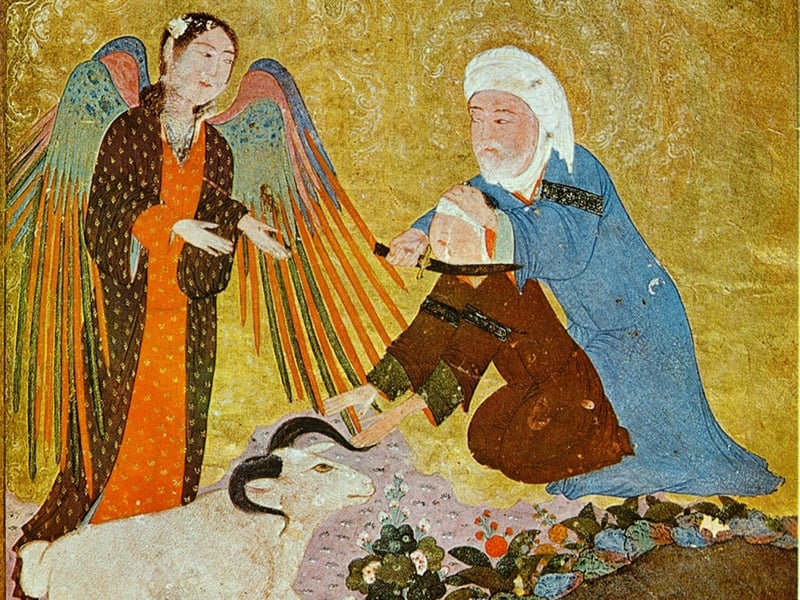 (RNS) — Eid al-Adha, the festival of sacrifice — which begins on Friday (Sept. 1) — is a Muslim holiday that memorializes the greatest sacrifice made in all of history by a renowned patriarch, Prophet Abraham (Peace be upon him).

For present-day Muslims, the holiday requires sacrifice, but of a different sort than that asked by the God of Abraham.

According to Muslim traditions, Abraham had a dream where he perceived that he was sacrificing his son Ishmael at the will of his Lord. Once he shared this dream with his son, Ishmael was ready to comply, and showed no sign of defiance. Abraham and Ishmael passed the test presented by God, and as a result of this complete, unflinching obedience and trust in their Lord, a goat was slaughtered instead of Ishmael at the time of the actual sacrifice.

The important lesson to learn here is about the absolute obedience rendered to God by Abraham and his son Ishmael. They stood ready to endure this ordeal at the call of their Maker.

The Abrahamic faiths share other stories of the prophets, such as Jonah being swallowed by the whale, Jesus being crucified on the cross and Joseph being betrayed and cast out by his brothers because of jealousy. Then there is the Prophet Muhammad (Peace and blessings be upon him) and his followers, who were brutally persecuted for years before they were permitted to defend themselves from their barbaric opponents.

It seems that God has tested all his emissaries throughout history with various adversities.

Prophets are indeed very dear to God, though it is hard to fathom this relationship between the Creator and his messengers. An ordinary human can better understand  it by studying religious scriptures to get closer to God. In Islamic scriptures, Abraham was bestowed a very special title, Khalil-ul-Allah (Friend of God). The Holy Quran states, “And who is better in faith than he who submits himself to Allah, and he is a doer of good, and follows the religion of Abraham, the upright? And Allah took Abraham for a special friend." (4:126)

This year, Muslims around the globe will be celebrating “Eid al-Adha” by offering an animal (a sheep, goat or cow) for slaughtering, to commemorate “Abraham’s ultimate willingness to sacrifice.” Muslims are reminded to understand the virtue of true sacrifice beyond the ceremonial slaughtering of the animal. The Holy Quran reminds us, “Their flesh reaches not Allah, nor does their blood, but it is your righteousness that reaches God. Thus has He subjected them to you, that you may glorify Allah for His guiding you. And give glad tidings to those who do good." (22:38)

In this day and age, I doubt that God would expect us regular folks to physically sacrifice our children. The lesson to learn from Abraham’s legacy is to strive for his level of devotion — in ourselves and our progeny — and to adhere to and propagate the message of true teachings of Islam.

As a member of the Ahmadiyya Muslim Community, we regularly recite a pledge in our gatherings — to always be ready to sacrifice our life, property, time and children for the cause of the faith and the community. With acts of terrorism falsely committed in the name of Islam in the present day, we Muslims need not only to truly understand and practice the beautiful and peaceful nature of our faith, but also to work towards removing misconceptions about it.

That effort can be laborious, as it requires one to sacrifice one’s personal time and more for the cause of the faith. This is how we can try to uphold the legend of Prophet Abraham in today’s world. I wish every reader a happy Eid and may we inculcate the real spirit of sacrifice in us to acquire God’s favor regardless of which religion we follow.

(Nadia Ahmad is a wife, mother and tech company employee who writes for the Media Watch team of the Women's Auxiliary of the Ahmadiyya Muslim Community in the USA. The views expressed in this opinion piece do not necessarily reflect those of Religion News Service)