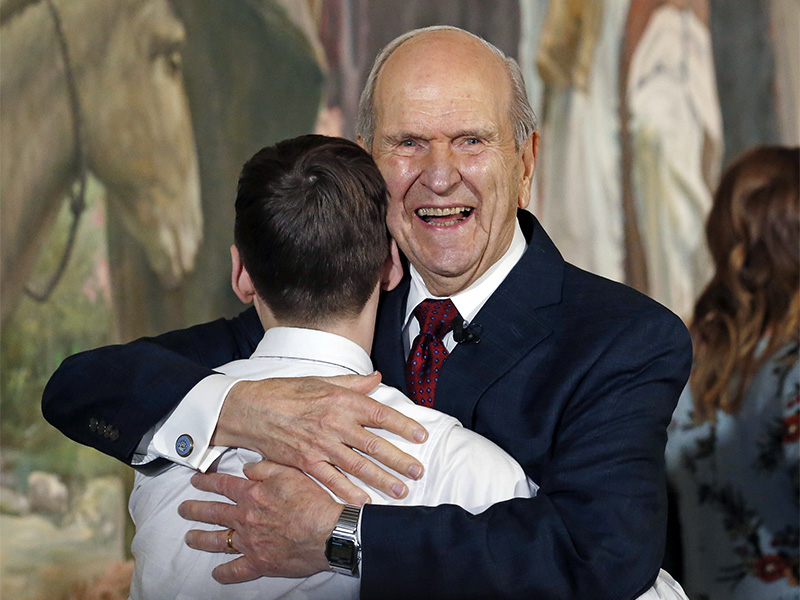 SALT LAKE CITY (AP) — The new president of the Mormon church says there's room in the religion for everyone no matter what challenges they face and regardless of whether they've never joined or have strayed from the faith.

Russell M. Nelson spoke Tuesday (Jan. 16) during a news conference in Salt Lake City after the widely anticipated announcement that he had been chosen to become the 17th president of The Church of Jesus Christ of Latter-day Saints. Nelson succeeds Thomas S. Monson, who died Jan. 2.

Asked about his approach to LGBT issues, Nelson said that God loves his children regardless of "their challenges."

Dallin H. Oaks, one of two men chosen by Nelson to be his counselors, added that leaders have the responsibility to teach love but also commandments from God.

Nelson called doing so a "balance." Oaks said: "We've got the love of the Lord and the law of the Lord."

The faith has opposed gay marriage and homosexual activity amid widespread social acceptance while trying to foster an empathetic stance toward LGBT people.

They are both members of a governing body called the Quorum of the Twelve Apostles.

Nelson is a 93-year-old former heart surgeon with three decades of experience with the Mormon church's top leadership panel. His selection follows a long-standing succession plan that makes the longest-tenured member of the faith's Quorum the church's next president.

The faith's presidents are considered prophets who lead the church through revelations from God in collaboration with two top counselors and members of the Quorum.