(RNS) — When Andrew Hamblin walks into church to preach on a Sunday morning, he brings along death in a box.

If the Holy Spirit moves him during the service, he will open the box’s hinged glass lid and remove a poisonous snake — one of several he keeps at his house — and dance with it, sometimes wearing it, sometimes jerking it about, as his small Tennessee congregation sings and chants.

Hamblin, who is in his mid-20s, is one of a handful of pastors at the center of “In the House of the Serpent Handler: A Story of Faith and Fleeting Fame in the Age of Social Media,” a new book by Julia Duin. A freelance religion reporter, Duin embedded herself in multiple Appalachian snake-handling congregations like Hamblin’s to discover what drives people to what she calls “the radical edge of Christianity, where life and death met every time you walked into a church and picked up a snake.”

Snake-handling churches have dotted Appalachia for a hundred years and are generally secretive. Members tend to be older and born into the church, rather than converts. But Duin’s book focuses on a new breed of snake-handling preachers — young and adept at using social media to attract attention, including teenage and 20-something members and television crews, to their dangerous services.

“I feel like these young people want a belief system that calls for sacrifice,” Duin said from Seattle, where she is based. “They want to give themselves for something. They feel the church has lost an important teaching, that we should be handling serpents, so they are willing to put their lives on the line to get what they call the ‘whole gospel’ back to the church. That if they did this, more people would be accepting Jesus.”

Duin gives a lot of ink to the preachers themselves, letting them explain why handling snakes and endangering their own lives (and those of others, including the family members who live in homes with as many as 20 vipers) is vital to their faith.

“There is such a power coming over you and you are obedient to the spirit of God,” one of the preachers tells Duin. “You are compelled to do what He tells you and you know it will be all right.”

Snake handling traces its roots to the Pentecostal fervor that swept the U.S. in the early 20th century. Pentecostals believe in “signs and wonders” — that speaking in tongues, prophesizing and faith healing are spiritual gifts endowed by the Holy Spirit.

Snake-handling Christians believe in signs and wonders, too, but they also believe taking up snakes is something God commands them to do. They point to Mark 16:17-18 as the source:

“And these signs shall follow them that believe: In my name shall they cast out devils; they shall speak with new tongues; They shall take up serpents; and if they drink any deadly thing, it shall not hurt them; they shall lay hands on the sick, and they shall recover.”

They also routinely drink poison — strychnine is the usual cocktail — and apply flames to their hands or feet to show the power of God.

As Duin documents, snake handlers don’t always recover after they’ve been bitten. Most snake handlers place their faith in God, not doctors, to heal them and don’t seek medical treatment.

The list of deaths is long — more than 100. Two of the preachers Duin featured died before she completed the book. Jamie Coots, a Kentucky preacher, was bitten by a rattlesnake in February 2014 and died two hours later, his family having refused medical treatment. West Virginia preacher Mack Wolford was bitten by a yellow timber rattler at a service in 2012 and died 10 painful hours later. He was 44 — five years older than his father, also a snake-handling preacher, who died of a bite in 1983.

Both Coots and Wolford — like Hamblin in that they wanted to draw more people to the sect — were the subjects of National Geographic’s short-lived reality show “Snake Salvation.” While that 2013 show ushered the curious into some snake-handling churches for the first time, few seem to have stayed.

“The traditional (snake handling) churches are doing fine,” including ones in North Carolina, West Virginia and Kentucky, Duin said. “They are actually growing. It is the ones that went the reality show route that have really burned out a lot. It didn’t help them that Jamie Coots, who tried to be a statesman for the group, died.”

Ralph Hood, a professor of psychology at the University of Tennessee at Chattanooga and an expert on snake-handling churches, said Duin’s book documents the divide between snake handling’s old and new guards.

“Elders that carry on the tradition are disturbed by … ‘Snake Salvation’ and marvel at the appeal (to a broader audience) that fails to understand the depth of what it means to handle serpents,” he said in an email. New preachers attracted only by the showmanship of handling snakes are missing the point of the ritual, elders say.

“It is as if an alcoholic converted to Catholicism to drink wine on a Sunday morning in a dry county,” Hood said.

Duin, a Christian, disagrees with the snake handlers’ interpretation of the biblical verse about taking up serpents. She, like the vast majority of mainstream Christians, believes it is a hypothetical or even a metaphor — but says it is a mistake to ignore or disparage them.

“These people have a drive and zealousness for their faith and I feel like other churches could really take some lessons from them,” Duin said.

“I feel like in some churches, if the Holy Spirit rushed in, he’d be ushered right back out. I would like to see churches bring them in to speak — just leave the snakes at home.” 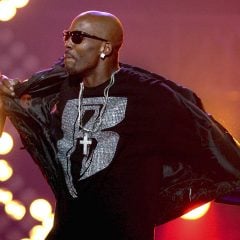 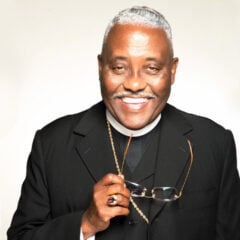 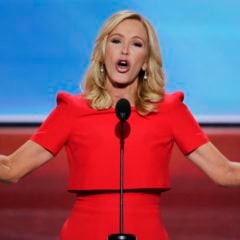 Opinion
Paula White and the mainstreaming of American Pentecostalism
Follow us on Facebook!
Submit your photos to RNS