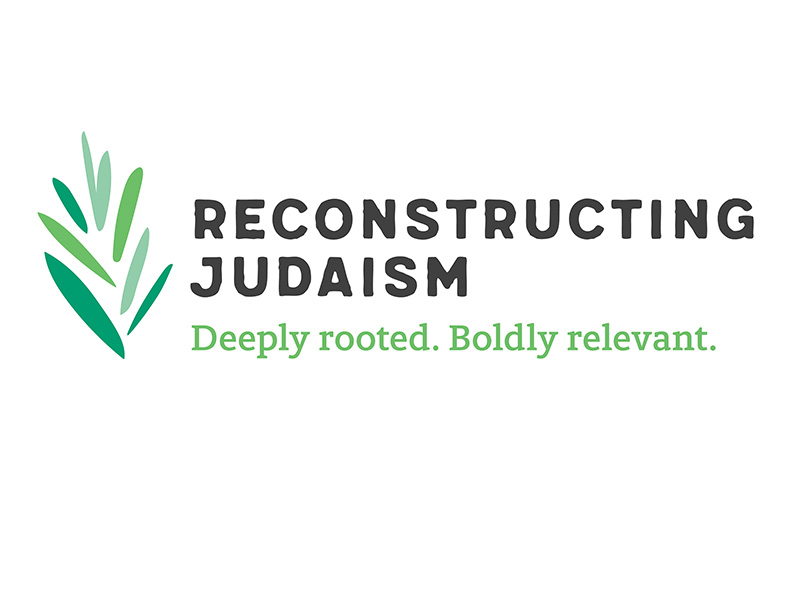 (RNS) — The Jewish Reconstructionist movement has a new name.

From now on, the seminary and organizational center for the movement will be called "Reconstructing Judaism."

Leaders of the small, Philadelphia-based movement consisting of about 100 congregations said they have always felt the name was unwieldy.

So they’ve recast it, turning the old noun into a new gerund — a noun derived from a verb.

“We are committed to ‘doing’ Jewish,” said Rabbi Deborah Waxman, president of Reconstructing Judaism. “With our new name, we are defining ourselves by what we do, and not just what we believe or how we feel.”

The smallest of the four main branches of American Judaism, the movement has between 40,000 and 50,000 adherents, the vast majority in the U.S. (It has three synagogues in Canada, a synagogue on the island of Curacao, as well as synagogues in Italy and the Netherlands.)

It is considered by many to be the most progressive of the major Jewish movements, which also includes the Reform, Conservative and Orthodox streams. Its founder, Mordecai Kaplan, was committed to egalitarian values. He presided at a “bat” mitzvah coming-of-age ceremony for his daughter Judith in 1922, making her a "daughter of the commandments." Until then, only boys were given the synagogue honor of being called in front of the congregation to read from the Torah as a bar mitzvah.

The Reconstructionist movement ordained its first woman rabbi in 1974, two years after the Reform rabbinical school ordained a woman.

More recently, Reconstructionists have been at the forefront of LGBTQ equality. Their seminary became the first Jewish seminary to admit openly gay and lesbian rabbinical students in 1985 — well ahead of the Reform and Conservative movements. Waxman, its president, described herself a lesbian.

In 2015, it became the first Jewish movement to welcome seminary students who are in committed relationships with non-Jews.

Waxman said the name “Reconstructionist” began to come under criticism almost from the get-go. It was the name favored by Kaplan when he started the Reconstructionist magazine shortly after the publication of his seminal book, “Judaism as a Civilization: Toward a Reconstruction of American Jewish Life” in 1934.

Readers loved the magazine but hated the name, she said.

Five years ago, after the seminary and its central synagogue organization merged, leaders began revisiting its name. More than 1,000 people — from Los Angeles to Montreal — gave feedback on the new name.

“When I used the adjective, Reconstructionist, people would look at me blankly,” Waxman said. “Whenever I used the verb form you’d see this glimmer of recognition. People would understand what I was getting at. That’s one of the reasons I was very excited about the verb.”

The name change does not obligate the movement’s synagogues to adopt it.

Related Posts
By Jeff Karoub, Noreen Nasir
US growth of Islam creates need for religious scholars
By Jeffrey Salkin
What will be news for the Jews in 2019?
By F. Romall Smalls
A biblical answer to the $1 trillion problem of student debt
By Delta Systems
Are guns kosher?
By Jeffrey Salkin
Why the rabbis 'dissed' Trump