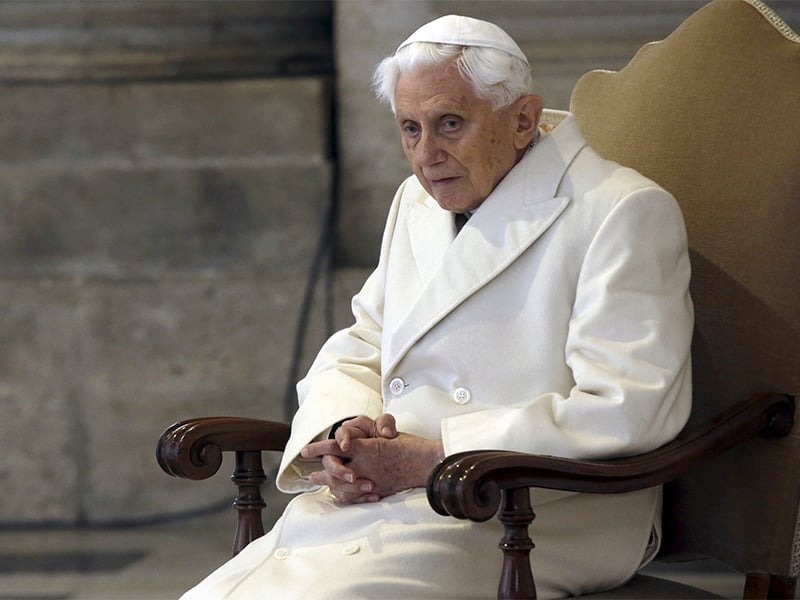 Pope Emeritus Benedict XVI sits in St. Peter's Basilica as he attends the ceremony marking the start of the Holy Year on Dec. 8, 2015, at the Vatican. (AP Photo/Gregorio Borgia)
February 15, 2018
Emily McFarlan Miller

VATICAN CITY (AP) — The Vatican is denying a German tabloid report that suggested Emeritus Pope Benedict XVI is suffering from a neurological disease.

Germany's Neue Post quoted Benedict's 94-year-old brother, the Rev. Georg Ratzinger, as saying the disease was forcing Benedict to use a wheelchair more and more, and that "the biggest worry is that the paralysis will at some point spread to his heart. And then it will be over quickly."

Vatican spokesman Greg Burke said Thursday the report was false. He added: "In two months, Benedict XVI turns 91, and as he himself has said recently, is feeling the weight of the years, as is normal for this age."