SALT LAKE CITY (AP) — The new mayor of a mostly polygamous town on the Utah-Arizona border is finishing off a complete overhaul of municipal staff and boards after mass resignations when she took office in January to become the first woman and first non-member of the polygamous sect to hold the seat.

Six of the seven Hildale, Utah, town workers quit after Mayor Donia Jessop was elected and took charge of the local government run by the sect for more than a century. They were joined by nine members of various town boards, including utility board chairman Jacob N. Jessop. All were members of the sect, the mayor said.

Jacob Jessop said his religious beliefs prevented him from working for a woman and with people who are not sect members, according to resignation letters obtained Thursday by The Associated Press through a public records request. The mayor’s husband is distantly related to Jessop in the town of about 3,000 people where many have that last name.

“It has come to a point where I have to choose between my religion and participation in city government, and I choose my religion,” he wrote in his letter dated Jan. 25. “My religion teaches me that I should not follow a woman for a leader in a public or family capacity.”

He cited sermons from the 1860s from Brigham Young, the second president of the mainstream Mormon church who led pioneers west to settle in Utah. Polygamy was part of early Mormonism, but The Church of Jesus Christ of Latter-day Saints has disavowed polygamy for more than a century.

He added in the letter that his religion teaches him “to leave apostates alone severely and not have anything to do with them.” Apostates refer to people who renounce their religion’s teachings. Most of the others who resigned said in their letters they were taking other jobs.

But Mayor Jessop said all of them are members of the Fundamentalist Church of Jesus Christ of Latter Day Saints, of FLDS, an offshoot of mainstream Mormonism that practices polygamy. The group has run the sister cities of Hildale, Utah, and Colorado City, Arizona, for more than a century and had total control of town governments until November’s elections.

The victory by Donia Jessop and wins by three other non-sect members for city council seats marked the latest sign of the polygamous group’s waning control of the community surrounded by striking red cliffs near Zion National Park.

The new town leadership is the latest sign that the community’s demographics are shifting as it begins to resemble a typical town in the U.S. West, not a cloistered religious community.

Government-ordered evictions of sect families from about 150 homes forced many to seek refuge in trailers around town or in different cities. The town government and police are being watched closely by court-appointed monitors after a jury found them guilty of civil rights violations. Also, a food-stamp fraud case led 10 people to plead guilty and exacerbated a leadership void.

Donia Jessop and other former sect members who have returned to the town consider the changes progress that will help the community break free from the reign of Warren Jeffs, who is serving life in prison in Texas for sexually assaulting underage girls he considered brides.

But sect members believe the town they built and love is being ripped away from them, that Jeffs is their prophet and was wrongly convicted.

More changes could be coming — two city council members who weren’t up for re-election in November did not attend first two regular meetings of the year. If they miss the next meeting in April, their absences will be considered resignations per a new city resolution passed in January, Donia Jessop said.

Later this year, elections in the sister city of Colorado City, Arizona, could bring in outsiders, including to the mayor’s seat.

Donia Jessop is a former member of the religious group but left four years ago over unrest about Jeffs was running the group. She returned to Hildale to buy an evicted member’s home and start a business. She is in a plural marriage but no longer follows the tenets of the FLDS religion.

She said she laughed when she read the letter from Jacob N. Jessop’s on her desk.

“I knew that that was out there, but for it to be so blatant, spelled out so perfectly, it was quite a shock,” Donia Jessop said in a phone interview. “If you cannot work with me, then it’s good that you are moving on because this is the future of Hildale and I’m not going anywhere.”

The resignations were first reported by the St. George News, but the copy of Jacob N. Jessop’s resignation letter was not made public until this week in response to the records request by The Associated Press and another media outlet.

The mayor said the resignations haven’t been disruptive, with the employees leaving incrementally to avoid leaving the town completely unstaffed. She said she asked each to reconsider, but only one of those who resigned decided to stay.

Donia Jessop said she has filled the positions that include town recorder, clerk and treasurer with former members of the FLDS and other people with no ties to the sect.

“It’s going to ensure that everybody in the city is being considered and represented,” he said. Faith
How fundamentalist Mormons recovered after the trauma of Warren Jeffs 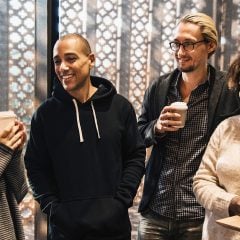 Flunking Sainthood
Ex-polygamist details flight from the FLDS and his half brother, Warren Jeffs
Follow us on Facebook!
Submit your photos to RNS