PHOENIX (AP) — A Phoenix woman shocked her teenage son with a stun gun to wake him for church services on Easter, authorities said.

The teen did not complain of any pain but told police he had two small bumps on his leg where he was shocked, according to police documents.

Dobbins said she did not shock her son. She only used the noise from the stun gun to wake her two sons who were refusing to get up for church, she said.

The teen told police he was unwilling to testify against his mother and he did not want to prosecute, according to the police documents.

Dobbins was taken to jail and later released. She is scheduled to appear in court later this month.

“Nobody writes a book on the correct way of parenting,” Dobbins said. “I tell my sons to honor thy mother and thy father or their days will be shortened and that’s my favorite.” 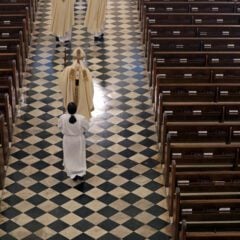