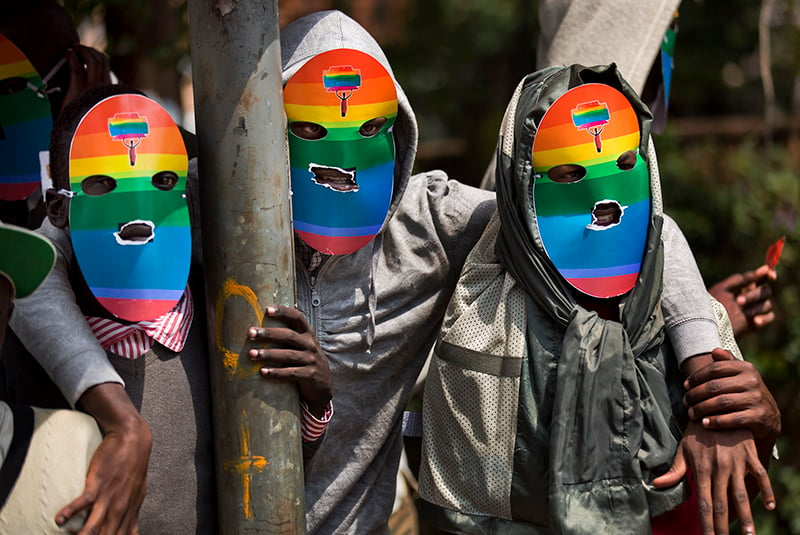 Kenyan gays, lesbians and advocates wear masks to preserve their anonymity as they stage a rare protest, opposing many African nations’ tough stances against homosexuality, in Nairobi, Kenya, on Feb. 10, 2014. The National Gay and Lesbian Human Rights Commission in Kenya has petitioned the High Court to say that sections of the penal code are in breach of the constitution and deny basic rights by criminalizing consensual same-sex relations between adults. (AP Photo/Ben Curtis)

“We are concerned about move to legalize the acts. We still believe in the Bible. The Bible is above our cultures and does not allow it. So we must stand for that truth,” said retired Anglican Bishop Julius Kalu of the Mombasa Diocese.

Kalu and many other faith leaders in Kenya, which is 83 percent Christian, fear their country could this year follow South Africa and become the second on the continent to decriminalize gay sex.

Muslim leaders and other non-Christians in Kenya — and across most of Africa — also generally hold gay relationships in contempt. But the country’s increasingly vocal LGBT groups are hoping the High Court of Kenya will rule favorably on a 2016 petition that calls the criminalization of gay sex discriminatory. The court is due to pronounce a date for the ruling on April 26. 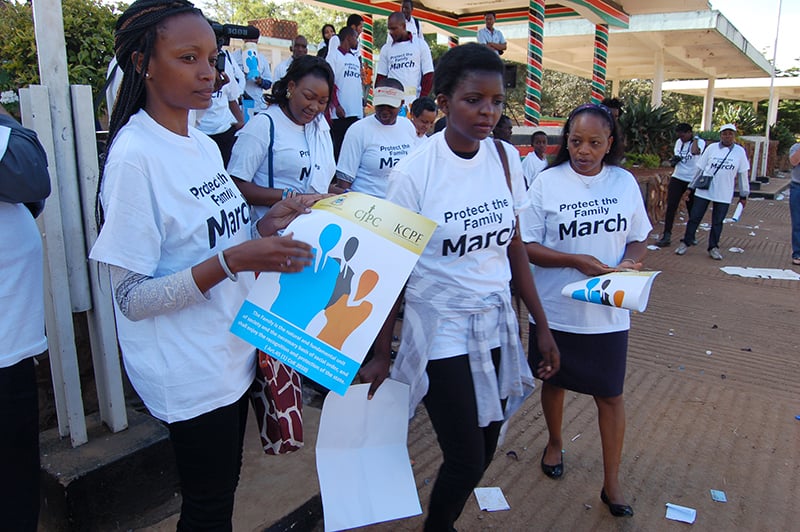 Some religious leaders have lobbied against the law, which carries a sentence of up to 14 years in prison. They say repealing the ban — which they call a vestige of British colonialism — is a matter of protecting gay Kenyans’ health and dignity.

While few are actually imprisoned under the law, it has been used as a justification for harassment, violence and discrimination against gay people — at the hands of police, but also relatives who believe a gay person shames a family.

“It is particularly disturbing when religious values are used to justify persecution of selected groups,” said the Rev. Kennedy Mwita, district superintendent of the United Methodist Church in South Nyanza. “Christians proclaim that all people are God’s children and deserve protection of their human and civil rights.”

Said the Rev. John Makokha, of the LGBT-welcoming Riruta Hope Community Church in Nairobi: “A repeal would give LGBT people their freedom, which many are yearning for.”

The many religious and government leaders who want the ban to remain in place say it upholds not only biblical values and natural law, but separates African from Western societies they deem culturally debased in their acceptance of gay sex and marriage.

“I think it’s a delicate matter of concern to the church. Our churches do not exist in isolation, but we fear the secular forces will always be against the church,” said Kalu, adding that he won’t be surprised if the ruling is in favor of repeal.