African migrants hold signs during a protest outside the Holot detention center in the Negev Desert in southern Israel on March 13, 2018. (AP Photo/Sebastian Scheiner, File)

NAIROBI, Kenya (RNS) – Some Ugandan faith leaders say their nation should accept African refugees facing deportation from Israel, while others counter that resettlement would place too heavy a burden on already overtaxed refugee programs.

But now officials from both Uganda and Rwanda have denied that they struck a deal with Israel to absorb them.

Ugandan clergy are nevertheless considering that at least some of the African refugees in Israel may still wind up in their country. Many say these refugees — many of whom have arrived in Israel since the mid-2000s, fleeing unrest and war in Eritrea, Sudan and other war-torn countries, and surviving a dangerous trek across the Sinai Desert — should be welcomed in Uganda.

“When someone is escaping for security reasons and is seeking help desperately, as a Christian we have no alternative but to accept them,” Roman Catholic Archbishop John Baptist Odama of Gulu, Uganda, told Religion News Service in a telephone interview.

The migrants and their supporters in Israel have argued that their home countries are still unsafe for them. 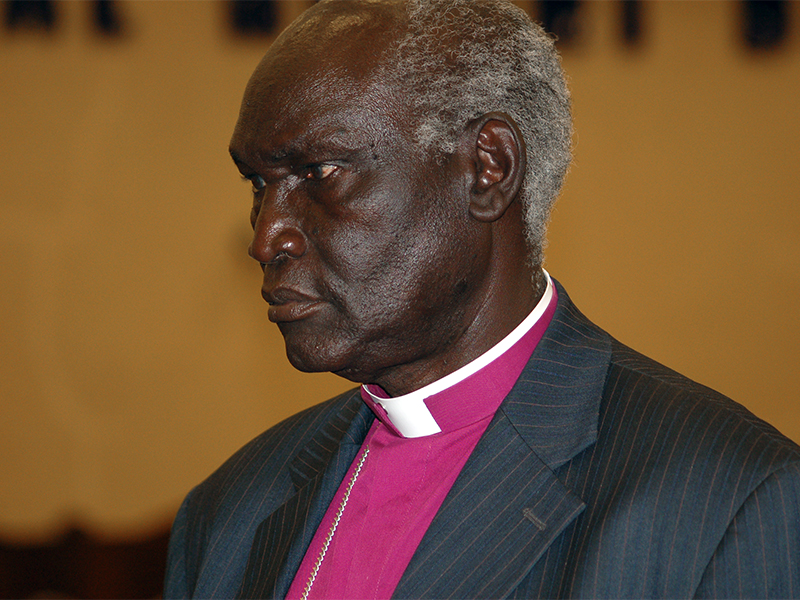 “I support it. When there is a problem, it’s good to help,” said Ochola, who has worked to aid those displaced by a brutal rebel war in northern Uganda. “These migrants must find a place and I would be happy to see my country help.”

Odama said Israel’s financial aid for migrants returning to Africa would be critical, given the refugees from the conflict in South Sudan that Uganda is already struggling to serve.

“Uganda is hosting thousands of other refugees from South Sudan. There was an international appeal for support that did not go very well. This is why Israel’s support for these refugees and others would be needed,” said Odama, chairman of the Uganda Episcopal Conference, a Catholic organization.

But other clerics worry that more refugees could take too big a toll on a network of aid workers and refugees that is already overwhelmed.

“There are already thousands and the numbers keep increasing,” said Anglican Bishop Johnson Gakumba of the Northern Uganda Diocese.  “While the intention is good, I think we need to be careful to not allow numbers that we cannot manage.”

“The resources are already strained,” added Gakumba, whose region is hosting most of the South Sudanese refugees.

In November Israel Prime Minister Benjamin Netanyahu developed a controversial plan to deport the refugees, offering them $3,500 to relocate to a third country or face indefinite imprisonment or deportation.