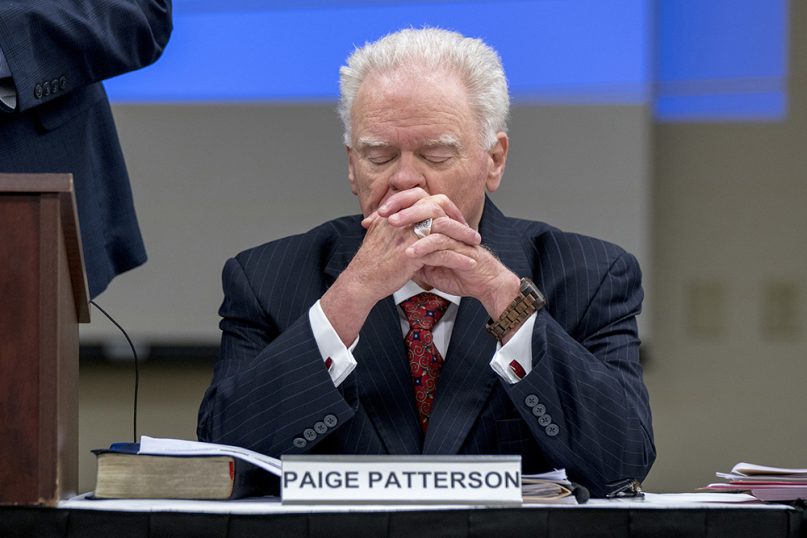 (RNS) — With Southern Baptists already comparing the state of their denomination to a natural disaster, another dramatic turn has come in the sexual abuse and misconduct scandal swirling around Paige Patterson, a revered institutional leader.

Patterson, fired recently from his post at Southwestern Baptist Theological Seminary in Fort Worth, Texas, announced Friday (June 8) that he won’t deliver the sermon at the convention’s annual meeting in Dallas next week, while denying that the events that led to his dismissal have been accurately portrayed.

“I have now respectfully requested to be released from this high privilege because I do not want my role as a preacher to detract in any way from the important business of our convention and because my desire is to work toward biblical harmony at our annual meeting,” Patterson said in a Friday (June 8) statement.

“Recently, I have been accused, publicly and privately, of a number of things — none of which I acknowledge as having done in the way portrayed, and others that I am confident I absolutely did not do,” he said.

Patterson’s firing in May followed reports that he had mishandled rape allegations by students who shared the information with him. Those reports came on the heels of allegations he demeaned women and Patterson’s own account, in a recording dating to 2000, of counseling one woman not to leave her husband whom, she said, was abusive.

“The mood of the Southern Baptist Convention right now would be similar to that of the country after Watergate,” said Russell Moore, president of the convention’s Ethics and Religious Liberty Commission, in an interview before Patterson’s announcement.

Patterson, an architect of the 1980s Southern Baptist movement known as the “conservative resurgence,” claimed that he still enjoyed support among the delegates, known as messengers, to the annual meeting. “Many messengers have implored me to carry out this assignment, but this convention is not about me,” he said in his statement, “and I have every confidence that this decision is best and right.”

His statement was his most explicit denial of the allegations to date. “I take exception to accusations that I ever knowingly ignored or failed to follow appropriate protocols in cases of reported abuse of women, students, or staff at any institution where I have served,” he said.

Patterson’s downfall is only one of several crises, which some Southern Baptists describe as “volcanic,” that will be roiling next week’s meeting:

In March, Frank Page, the man who handled the day-to-day operations of the SBC outside of its annual meetings, resigned as the president of the Executive Committee after what was described as a “morally inappropriate relationship in the recent past.” Committee spokesman Roger S. Oldham said an internal financial audit was conducted after Page’s departure and “there was no legal impropriety that was discovered.” 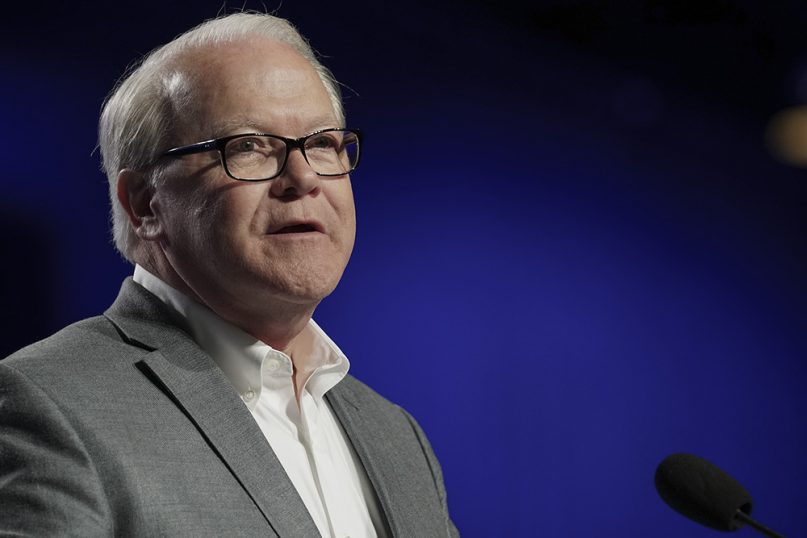 Frank S. Page, then the president and CEO of the Southern Baptist Convention Executive Committee, speaks during the SBC annual meeting at the Phoenix Convention Center on June 13, 2017. Photo by Matt Miller via Baptist Press

In October, Paul Pressler, a retired Texas judge and another prominent architect of what critics call a conservative takeover of the denomination, became the subject of a lawsuit by a male former office assistant charging him with decades of sexual abuse. Pressler has denied the allegations. The Southern Baptist Convention and Patterson, both named as co-defendants, have rejected the charges as meritless.

Despite the harrowing headlines, Moore said leaders at all levels of the denomination — which has local associations and state conventions — are trying to determine the best way forward.

“Part of the responsibility that churches and leaders have right now is to teach people through this how to react to such horror in the right way,” Moore said in early June. He said the scandals have helped churches think about how to protect victims of all sorts of abuse. 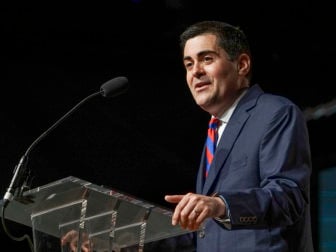 Russell Moore speaks during the annual meeting of the Southern Baptist Convention on June 15, 2016 in St. Louis. Photo by Adam Covington via Baptist Press

Months before the Patterson scandal broke, Moore’s commission had begun planning a session to take place on the eve of the annual meeting to address the church’s response to the #MeToo movement. But the hallways of the Kay Bailey Hutchison Convention Center in Dallas, where Baptists will meet June 12-13, also will likely be filled with such discussions, and they could well come to the convention floor.

Midwestern Baptist Theological Seminary President Jason K. Allen has proposed a resolution, “On Affirming the Dignity of Women and the Holiness of Ministers,” that he says has the support of outgoing SBC President Steve Gaines and six former presidents, among others.

Meanwhile, a group of women’s advocates intends to hold a “For Such a Time as This Rally” outside the convention center on the opening day of the meeting.

“The rally is not opposing the Southern Baptist Convention as a whole. It’s a rally opposing abuse and discrimination against women,” said Ashley Easter, spokesperson for the event, and host of an annual conference for abuse survivors and their advocates. 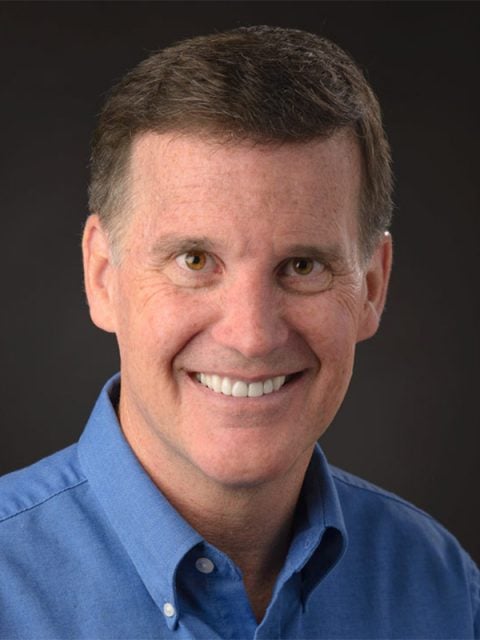 “We want to be very clear that we love the Southern Baptist Convention. We believe it can be better.”

Easter’s group wants to see the completion of a database of Southern Baptist sex offenders that was raised more than a decade ago. In 2007, Wade Burleson, an Oklahoma pastor, requested a feasibility study for such a database, but the idea was rejected out of respect for the autonomy of local Southern Baptist congregations. Instead, Baptist leaders offered new resources — including an online link to the Department of Justice’s national database — and urged individual churches to contact authorities about any sex abuse accusations.

Burleson told RNS that the issue needs to be revisited.

“Hopefully, there’s more of a willingness to begin searching for answers on how we protect Southern Baptists from sexual predators who seek to cover their tracks through Christian ministry,” he said.

Moore said leaders are already discussing what kind of training and other resources can be provided to churches in light of the recent scandals.

Southern Baptists are used to controversy. Last year, the committee that considers resolutions initially opted not to bring to a vote a statement proposed by a messenger condemning the alt-right movement. After a social media storm largely condemned the decision, the committee passed a statement denouncing “alt-right white supremacy” as antithetical to the gospel.

Alan Cross, an Alabama Southern Baptist minister who supported adoption of the alt-right statement, said this year’s gathering could bring the unexpected for the second year in a row.

“There has been a lot of grasping for power, for platform, for prominence, for influence and that falls apart,” said Cross.

“That’s not what God calls us to do. We’re called to lay down our lives for Christ and for one another and when we’re grasping for power, things always go awry.”