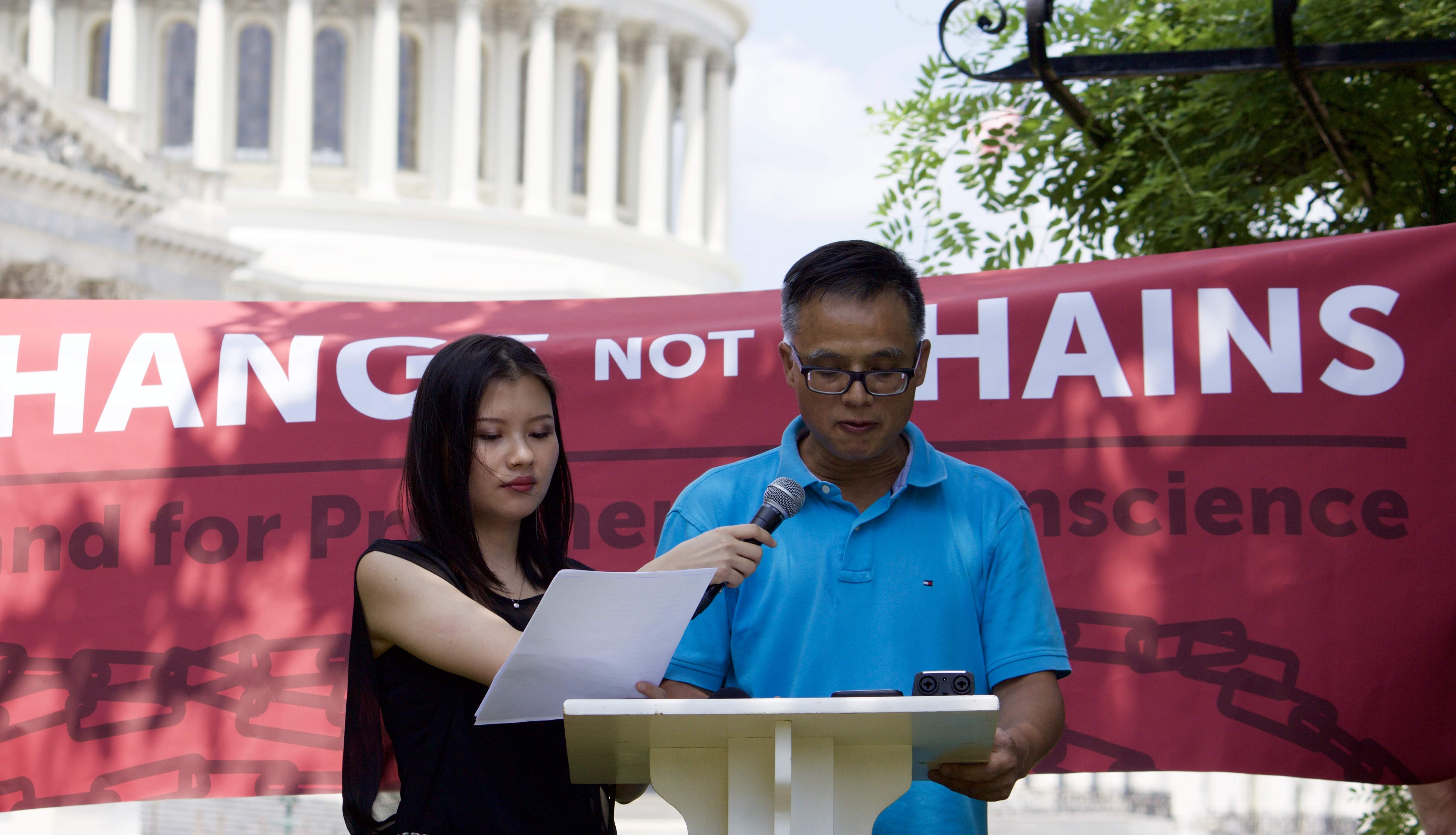 One year ago today, Liu Xiaobo, the 2010 Nobel Peace Prize Laureate, died while in detention in China. His wife Liu Xia, who was never charged with a crime, was released this week after spending eight years under house arrest. “For decades Liu Xaobo fought for free expression, justice and liberty in China and he remains a powerful symbol for all those who fight for universal human rights,” said Francisco Bencosme of Amnesty International, speaking at yesterday’s rally at the US Capitol to honor Liu Xiaobo and to bring attention to Prisoners of Conscience in China and around the globe.

Members of Congress, human rights leaders and representatives from impacted communities challenged Americans and fellow members of Congress to not forget, to not ignore the injustice of those falsely accused and to not let human rights defenders stand alone. Sadly, there are tens of thousands of individuals unjustly imprisoned in China due to their peaceful expression of political, religious or other conscientiously held beliefs.

“America has a moral duty to speak out against China’s brazen disregard for basic freedoms,” said Congresswoman Nancy Pelosi. “The most excruciating torture to those in prison is to tell prisoners that no one remembers them or why they are in prison. We know you are there. We salute your courage. We pray for your safety and we hope we can shorten the time until you are free.”

Both Reps.Tom McGovern (D-Mass.) and Randy Hultgren (R-Ill.), co-chairs of the Tom Lantos Human Rights Commission, spoke at the rally. This commission created the Defending Freedom Project in 2012, in partnership with six civil society organizations, to encourage members of Congress to select and advocate for a specific prisoner of conscience. Additionally, McGovern and Hultgren recently introduced H.Res.750, a bipartisan resolution that calls to establish a Prisoners of Conscience Day.

Former Congressman Frank Wolf of 21Wilberforce issued a clarion call. “It is important that we support prisoners of conscience. I would ask every office in the Senate and the House to adopt a prisoner of conscience. Write to them. Write to their families. And to my fellow Americans, write to your Senator or Congressman and express support for H.Res.750.”

To learn more about prisoners of conscience, the Defending Freedom Project or
H.Res.750, contact any of the rally sponsors: 21Wilberforce, Amnesty International,
the Lantos Foundation for Human Rights and Justice, Freedom House and China Aid.