AUSTIN, Texas (RNS) — Same-sex couples will now be able to marry in their home parish even if their local bishop has moral objections to gay marriage, Episcopal Church leaders decided on Friday (July 13).

Meeting in Austin at their triennial convention, the House of Bishops and House of Deputies, the bicameral governing body of the church, approved the controversial resolution after days of debate.

Under the new rule, couples can request gender-neutral marriage rites, which were approved for trial use at the church’s 2015 convention, in the church where they worship. Even if the local bishop opposes same-sex weddings, the priest of the parish can still conduct the ceremony, requesting “pastoral support” from a bishop in another diocese if necessary.

Bishop Lawrence Provenzano of Long Island, N.Y., who helped craft the resolution, said the arrangement provides greater inclusion for LGBT couples without alienating traditionalists. A previous resolution would have effectively made same-sex marriage part of the official theology of the church by inserting the new liturgies in the Book of Common Prayer.

That would have been “a step too fast,” Provenzano said, for bishops who are biblically at odds with same-sex marriage and have threatened to leave the denomination over the issue.

“This was really a pastoral solution,” he said, “one that was mindful of trying to hold on to everybody.” 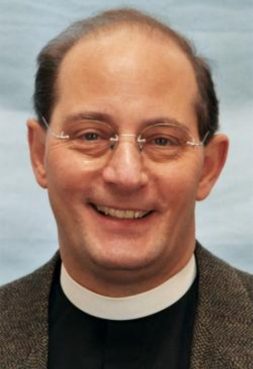 Some convention delegates who support marriage equality still found fault with the resolution. One bishop worried LGBT Episcopalians would feel like second-class citizens without official adoption of the new marriage liturgies in the Book of Common Prayer. Other bishops said it was likely only a matter of time before the liturgies were added officially.

Opponents of the resolution raised concerns about undermining bishops’ authority and about possible schism within the church. Bishop John Howard of Florida said his diocese was still reeling from the 2003 consecration of Bishop Gene Robinson, who is openly gay, in New Hampshire, which led some Episcopal clergy and lay people to break from the denomination.

Bishop William Love of the Diocese of Albany warned that the resolution could trigger upheaval similar to 2003.

Love also said he would follow “God’s words” and intimated that he may not abide by the resolution.

Before General Convention began, bishops from several predominantly Latin American dioceses issued a statement urging delegates not to broaden the use of same-sex marriage rites, saying that such a move would force traditional Episcopalians “to accept social and cultural practices that have no Biblical basis in Christian worship.”

For Mary Glasspool, an assistant bishop in the Diocese of New York, the resolution is a step in the right direction. She recalled that she married her wife in her therapist’s office because there was no option for a church wedding. It’s time, she said, not only to embrace marriage equality but to “honor the gift” of gay and lesbian relationships.

After lengthy discussion on ecclesiastical authority, scriptural interpretation and technicalities of the resolution, Bishop Brian Thom of Idaho offered his take as a member of the task force that studied the marriage issue over the past three years. What he heard from people in congregations around the country, he said, was simple: “Folks just want to be married at home.”

On Wednesday, not long after the bishops voted in favor of the resolution, Provenzano told Religion News Service he was “joyfully surprised” by what he described as a “spirit of reconciliation” at the convention even in the midst of heated debate.

Finding compromise on the marriage resolution while scaling back on proposed revisions to the Book of Common Prayer, he said, allows the church to focus on responding to critical problems in the world.

“The last thing the church needs to be doing right now is fighting over the rites in the prayer book,” he said. “We need to provide better leadership than that.”