HARRISBURG, Pa. (AP) — Roman Catholic officials in Pennsylvania began lining up quickly and publicly with a key state legislative ally in backing the creation of a victims’ compensation fund as an alternative to allowing victims in decades-old child sexual abuse cases to sue the church in court.

Erie Bishop Lawrence Persico said he would collaborate in the creation of a compensation fund that is administered by a neutral third party, while the Philadelphia Archdiocese and the Harrisburg and Allentown dioceses suggested they are open to the idea.

Allowing lawsuits to be heard in courts, however, would force bigger payouts by the church and force the church to disclose more about clergymen who preyed on children and a church hierarchy that helped cover it up, say victim advocates.

A fight over the competing ideas could arrive in the state Legislature next month, on the heels of a state grand jury report released this month that said about 300 clergymen had sexually abused at least 1,000 children over seven decades in six dioceses.

The report prompted new calls for changing state law to allow adults abused as children to sue in court, even if they had been barred by a prior time limit in law.

It is a change in state law that bishops have successfully fought in recent years, even as a handful of other states have opened such windows to let victims sue the church.

Catholic Church officials maintain that such a so-called “reviver” law is unconstitutional in Pennsylvania, although legal scholars disagree over the question. Current law gives victims of child sexual abuse until they turn 30 to file a lawsuit.

The Philadelphia Archdiocese said Wednesday (Aug. 29) it has paid more than $10 million in recent years to help hundreds of victims, “regardless of whether their claims are barred” by time limits in state law.

“Thus, we are receptive to any fair and reasonable program to help victims whose cases are barred,” it said in a statement.

The state Senate’s top Republican floated the idea Wednesday of a compensation fund, although the chamber’s top Democrat said church officials privately had been discussing setting up a $250 million fund well before.

However, the grand jury and state Attorney General Josh Shapiro urged the Legislature to change state law to provide a two-year window for victims to sue, and many lawmakers expect the state House of Representatives will approve such a provision after voting sessions resume in September.

The Pennsylvania Catholic Conference, which speaks for all the state’s dioceses, declined comment on whether it had discussed a $250 million compensation fund or whether it opposes a two-year window.

University of Pennsylvania professor Marci Hamilton, a veteran plaintiffs’ attorney in child sex abuse cases who heads the Philadelphia-based CHILD USA research organization, said it is fine to create a compensation fund similar to one in New York, but it is also necessary to allow victims to sue.

“These compensation funds are no substitute for real justice, which is what you get with a retroactive window,” Hamilton said.

In New York, the public has learned little about abuse cases, given the number of victims who have been paid, Hamilton said.’

The Archdiocese of New York said last year that its Independent Reconciliation and Compensation Program drew more than 200 applications through its Nov. 1 deadline, with compensation totaling $40 million on 189 claims.

“They would get a fraction of what they could recover in a court of law,” Anderson said.

One Catholic lawmaker, Sen. John Yudichak, D-Luzerne, said he would worry that legislation that attempts to help victims by allowing them to sue is challenged and struck down by the courts. A safer bet might be a compensation fund, Yudichak said.

“Perhaps this is the best way we can respect the rule of law and respect the rights of victims who want to seek justice for the crimes that have been committed against them,” Yudichak said. 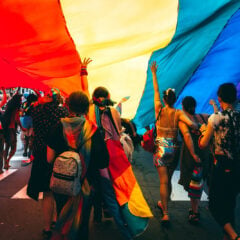