WASHINGTON, D.C. (RNS) — In 2004, as George W. Bush was running for a second presidential term, his campaign asked religious supporters to share their churches’ directories, which staffers hoped to combine with voting registration records. The strategy was criticized by some conservative religious leaders, who felt it violated churchgoers’ privacy, the New York Times reported at the time.

Fourteen years later, the spread of social media and digital profiling has made such privacy concerns seem almost quaint. Powerful data-mining tools allow today’s campaigns to connect religious voters with their political viewpoints and to micro-target ads to fit their particular brand of faith. 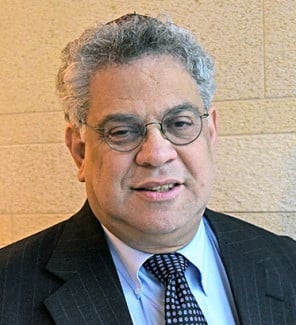 “Before you knew it, you had this incredible profile of people,” said Steve Rabinowitz, co-founder and president of Bluelight Strategies and a former campaign and transition team staffer for Bill Clinton.

As elections focus more on mobilizing voters of known views, rather than convincing a broad middle, those profiles have become increasingly valuable, and they are bought and sold within each party’s phalanx of consultants.

But traditional data hasn’t reflected beliefs. Religious information isn’t available for purchase from the census, from banks or from anyone else. “Nobody gathers religion,” Rabinowitz said.

The new techniques are changing that.

Data sets like this can be used to speak to religious voters without being offensive to nonreligious ones, Hersh told Religion News Service. An ad containing messages about helping the poor, the stranger, the needy or the sick could connect with believers, for instance, without being seen as “too religious” for other voters with a secular interest in social justice.

Other ads might hammer particular voters with highly targeted ads pointing out, say, an opponent’s support for abortion.

Facebook has been a game changer, said Rabinowitz. Campaigns can pinpoint users who self-identify as part of a particular faith group and run advertisements on their individual pages, much as they would run ads in a religiously affiliated newspaper. 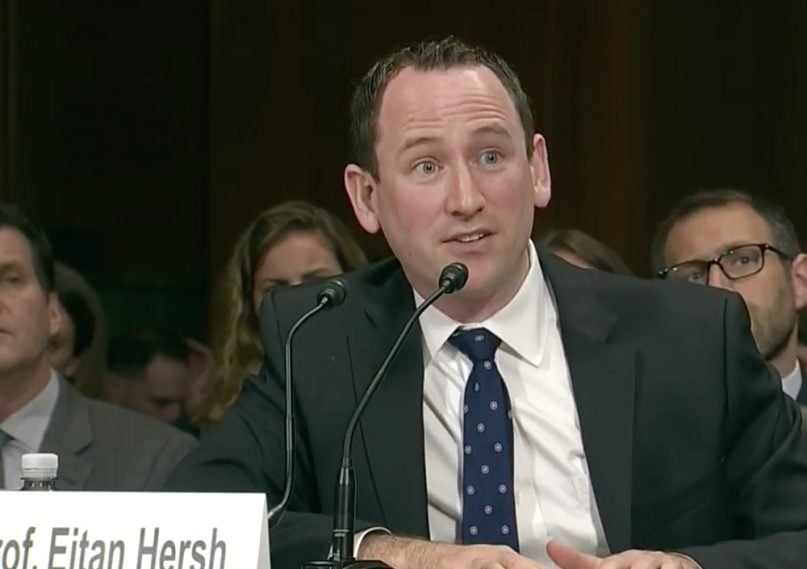 Eitan Hersh testifies at a Senate Judiciary Committee hearing on privacy regulations on May 16, 2018. Photo courtesy of CSPAN

“It’s fairly easy as far as political tactics go,” said Barney Keller, a partner at Jamestown Associates, which produced media for Donald Trump’s campaign and is working on dozens of current Republican races. “The advertising on Facebook is cheap. The building of a model of certain types of voters can be (done at) various levels of sophistication and expense.”

As an example, Facebook has made it easier to create a model for likely Jewish voters and drive ads toward them.

“You could say, ‘I want to target every Rosenbaum and Rosenthal and Rosen, and so on and so forth,’” Keller said. “You can just use that as a way to target potentially Jewish voters. That’s the way a lot of it is done.”

Rabinowitz has tried in the past to build a Jewish voter file. “It’s exceptionally difficult,” he told RNS.

Given the amount of information that is now available about voters’ faiths, Rabinowitz said he has seen less religion-oriented messaging than he’d expect. “There’s so much more room for it to be so much more sophisticated,” he said.

Schilling agreed, pointing out that the GOP could use data to better court blue-collar Catholics — union-supporting, registered Democrats who are nonetheless often swing voters because of their conservative beliefs on issues like religious freedom and right to life. Targeting ads to this demographic could help sway them to vote Republican, according to Schilling.

“It’s a major missed opportunity,” he said. “You can actually win over a bunch of Democrats to your base.”

Rabinowitz acknowledges that every kind of data gathering comes with risks. “I wouldn’t want the biggest anti-Semites in the world to have the list” of Jewish voters, he said.

While Schilling agrees there is a danger of misusing religious data, he thinks the level of concern often depends on who is accessing the data. In 2012, said Schilling, the Obama campaign and Facebook all but bragged about teaming up. But when the political survey firm Cambridge Analytica gathered data from 50 million Facebook users for the use of the Trump campaign in 2016, the ensuing controversy was “overblown,” he said.

A user signs into Facebook on an iPad in North Andover, Mass, on June 19, 2017. (AP Photo/Elise Amendola)

Pollsters are also starting to approach religion and voting differently. According to Jamestown’s Keller, pollsters have long asked prospective voters about their religious affiliation, but he is seeing them ask the question in new ways.

Knowing voters’ religious identities can help campaigns decide how to craft ad language in ways that simply knowing their views on abortion, which often divide down both religious and political lines, wouldn’t dictate.

“Just because someone says that they are pro-life doesn’t mean it’s going to be the number one issue for them when they vote,” Keller said. “For many voters, it’s informative of their world view. Understanding people’s faiths and their religious views will always be critical when it comes to electoral politics.”

Catholics have long voted Democratic, but as the party grows increasingly secular, that could change. Race is the largest division between parties, but religion is “not as well understood,” Hersh said. It is harder to predict what will happen to religious voters who currently identify as Democrats.

Pew Research Center data released in March reveals that religiously unaffiliated registered voters are on the rise, from 8 percent in 1997 to 12 percent in 2007, and subsequently doubling to 24 percent in 2017.

“For the public, the interesting question is to what extent the Democrats are a party that is welcoming to religious people,” Hersh said.