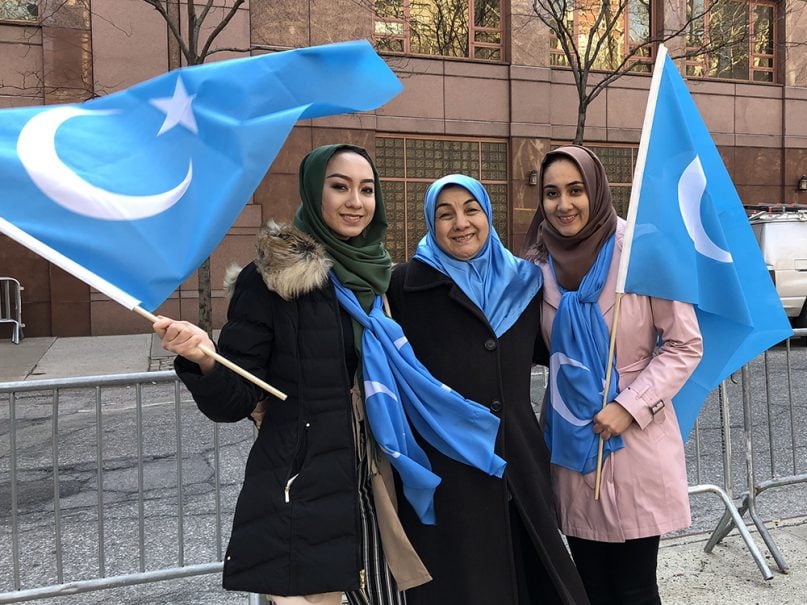 An editorial in the Duke University student newspaper, The Chronicle, suggested  caution in the face of China’s crackdown on Uighur people — her people. Written by three students of Chinese heritage, the editorial suggested the region was troubled and prone to extremism.

She could hardly believe it.

“A lot of people aren’t aware of the situation. Everything they know is from the Chinese government.”

A 21-year-old senior at Duke University and the daughter of asylum-seekers from the Xinjiang region of China, Anwar has been rallying on behalf of ethnic Uighur Muslims, hoping to bring attention to their widespread persecution, including, most recently, a network of mass internment camps set up by the Chinese government.

The cause, she said, can be a lonely one.

On Duke’s neo-Gothic limestone campus, Anwar, who is studying for a degree in international affairs, is a double minority: a Muslim, and likely the only Uighur on campus (there’s no way to know for sure since Uighur isn’t a recognized ethnicity on application forms).

Undaunted, she uses her perch as president of Duke’s Muslim Students Association and as media relations officer for the East Turkistan National Awakening, a youth-led movement seeking independence for the Uighurs of China, who call the Xinjiang region East Turkistan or Eastern Turkestan. (Uighurs aren’t united on the question of independence. Different factions have different aims.) 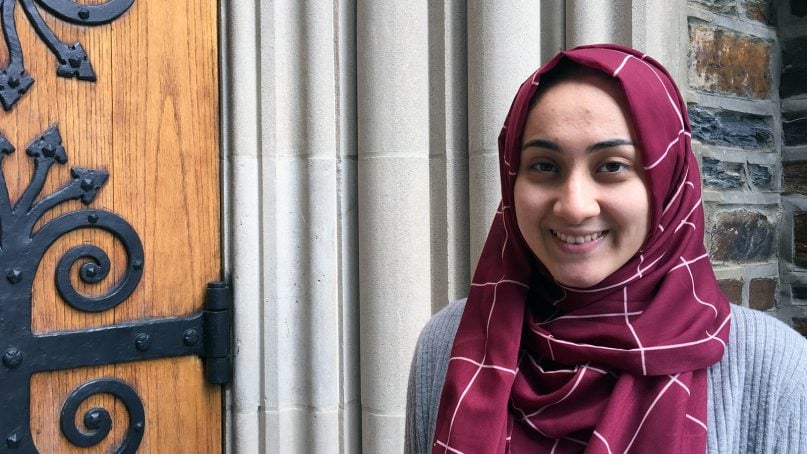 Aydin Anwar is a student at Duke University in Durham, N.C., where she is most likely the only Uighur on campus. RNS photo by Yonat Shimron

Her uphill fight got some traction after The New York Times reported, in a major article last month, that China has sent more than a million Uighur Muslims to internment camps as part of a campaign to stamp out their ethnic, and particularly Muslim, heritage. It is the largest indoctrination program since the Mao era.

After denying the existence of such camps, Chinese officials are now calling them “vocational education.” Anwar scoffs at the euphemism, and most other experts in Asian affairs agree.

“There is a systematic attempt to erase parts of Uighur culture that the Chinese Communist Party believes undermines their nation-building project,” said Timothy Grose, professor of China studies at Rose-Hulman Institute of Technology in Terre Haute, Ind.

Grose said those policies, which have essentially outlawed all signs of Muslim belief, may be as intense as the purges of the Cultural Revolution.

Uighurs are immediately suspect if they greet each other with the common Muslim greeting “Salaam Alaikum,” which means “peace be upon you.” Men are not allowed to grow beards. Women may only veil in a manner approved by the government. Fasting during Ramadan is forbidden. And praying at home is prohibited.

Those in internment camps are taught Chinese language and culture and are forced to attend flag-raising ceremonies each morning and sing rousing patriotic hymns in Chinese.

A Pew Research report found that for 10 years in a row China topped the list of countries with the most restrictive policies toward religious groups among the 198 countries it studied.

Uighurs and their supporters march to the United Nations to protest in New York, on March 15, 2018. Members of the Uighur Muslim ethnic group held demonstrations in cities around the world to protest a sweeping Chinese surveillance and security campaign that has sent thousands of their people into detention and political indoctrination centers. (AP Photo/Seth Wenig)

For Anwar, who grew up near Washington, D.C., home to the United States’ largest Uighur community, the news reports and studies offer further proof of what she and her family have long known.

Several of her relatives have been detained or have disappeared from their homes. One was sentenced to 15 years in prison after attending a wedding in the United States. Another died in the camps, reportedly after receiving an injection. Yet another has been missing since he reported to the camps last year.

“Once you’re sent to a camp, you have no contact,” Anwar said. “Your relatives, your family, don’t know your whereabouts. They don’t know if you’re alive or dead.”

Anwar has grown up living and breathing the struggle for Uighur independence for as long as she can remember.

Her father, Anwar Yusuf Turani, an activist, fled China for Turkey before seeking asylum in the United States in 1988. Her mother followed three years later. 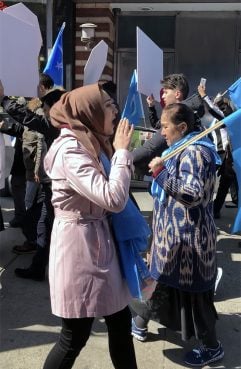 Aydin Anwar at a demonstration before the United Nations in New York on March 15, 2018. Photo courtesy of Aydin Anwar

“I may not see the liberation of our country,” said Turani, who founded the East Turkistan Government in Exile. “But I want my daughter to see it. I want my children to tell their children, generation upon generation, that that land called East Turkistan is under the illegal occupation of China (and) must be returned.”

Since she was a girl, Anwar has joined her father at protests in front of the Chinese Embassy in Washington and at meetings with U.S. legislators and foreign policy officials. At age 10, she visited Xinjiang with her mother and sister. At Fairfax High School, in northern Virginia, she worked to raise awareness of the Uighur people.

During her freshman year at Duke, Anwar won a fellowship and spent two months in Istanbul interviewing Uighur refugees and former political prisoners. The experience, she said, was gut-wrenching.

“That was a turning point for me,” she said. “It sparked my passion to raise awareness.”

Istanbul has a large population of Uighurs who regard themselves as Turkic people, a vast ethnic group spread across Azerbaijan, Uzbekistan, Kazakhstan and Kyrgyzstan as well as Turkey.

She returned to Duke, she said, feeling she had acquired secondhand trauma. But it hasn’t slowed her down.

Last year, after Egyptian police detained and later deported scores of Uighur students at Beijing’s behest, Anwar organized a GoFundMe campaign to provide shelter, food and other support to the Uighurs fleeing Egypt.

This year, she is planning a workshop on the Uighurs’ predicament through the Muslim Students Association at Duke.

“Even with increasing media coverage, countries remain silent because they’re economically, strategically tied to China,” she said. “The Muslim-majority countries, every one of them has remained silent. They all have deals with China. It’s really frustrating on the part to Uighurs to witness what we see as a betrayal. How are you not standing up to this genocide of your brothers and sisters?”

But she said the Muslim Students Association and her faith more generally have been great sources of comfort. As a veiled woman on campus who does not party or drink alcohol, she appreciates the MSA for providing her a space for friendships and spiritual reflection.

“My faith plays a huge role in my activism. It keeps me sane. It keeps me running because this stuff is so heavy.”

So she let the negative editorial go. Better to educate than get mad.

“God commands us to fight for justice,” she said. “For us to be indifferent, is against our faith.” 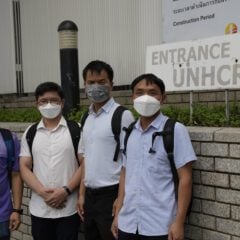 Religion Hub
Turkish pop star jailed over joke about religious schools
Follow us on Facebook!
Submit your photos to RNS