(RNS) — In my youth, few things excited me more than running down to the end of our driveway in suburban Chicago and seeing not one, but three blue bundles spread across the blacktop. In each plastic bag contained a treasure of knowledge, new vistas of information about the world: the Chicago Tribune, the Chicago Sun-Times and the Daily Herald.

I was one of those kids, the nerdy ones who read the news and the sports section every day and the comics on Sundays. This was before the internet, before Twitter gave us breaking news every second and before a thousand email newsletters flooded our inboxes.

Our family didn’t have a TV, so we got newspapers and devoured them. And we listened to the radio: WGN, WLS, WBBM.

I’ve always had a deep appreciation for the work of media institutions and those hard-working journalists who deliver the news to ordinary people around the world.

But my appreciation for the media doesn’t just stem from being a news nerd, but from something deeper. As a Christian, I believe in the pursuit of truth (Philippians 4:8). The telling of stories didn’t start when the first ink-stained pages rolled off of a printing press, but when God himself inspired 40 different authors to tell his story. The Bible tells the gritty yet beautiful narrative of humanity’s creation, fall and God’s glorious redemption in Christ.

Faithful Christians will never give today’s headlines the same weight we do our Bibles, but we should appreciate the way a free press contributes to a healthy civil society.

Unfortunately, in recent years, trust between the media and its consumers has deteriorated.

A variety of factors led to this moment. The fragmented media environment allows us to choose our information based on our personal biases and shut out news that cuts against our tribal instincts. Our public officials have made a sport of condemning reporting that makes them look bad, catechizing their most fervent supporters to only believe the good news about them.

And many in the media have contributed to the lack of faith in the institutions they represent, seemingly cheerleading for certain outcomes or underreporting stories that may contradict a personal worldview. 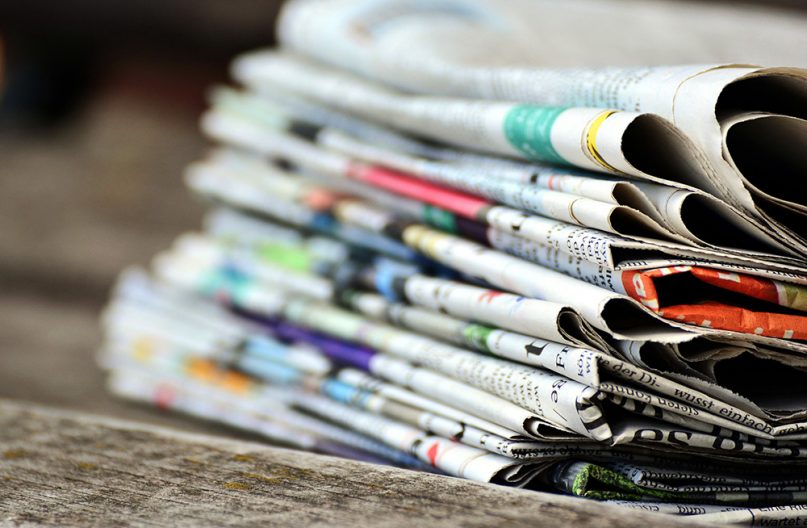 Restoring faith in our media institutions is a shared responsibility. Christians should not only see the value of a free press but should support robust reporting, even journalism that reveals the misdeeds and sins in our own communities. Transparency doesn’t hurt the advance of the gospel. After all, the death and resurrection of Christ lay bare the gritty reality of every human heart.

In other words, a newspaper article cannot reveal anything about us that God doesn’t already know.

Meanwhile, the media could learn from some of the criticism of consumers. Too often, in our day, it seems that an undercurrent of bias exists against Christian ideals, even in subtle ways in which stories are reported or given the weight of breaking news or national importance. Too often journalists, especially on social media, seem to cheerlead rather than report.

This tendency not only hardens opinions against the media, but it also makes it harder to defend the good work of courageous journalists who risk their lives to report news from around the globe.

All of us should understand that a free press is a sacred trust. At its best, robust journalism is a bulwark against corruption in high places, a check against the abuse of power and a vehicle to report on the good and the beautiful in a broken world.

The news may be delivered in ways vastly different from those of my childhood, but the media’s purpose in a flourishing society is no less important.

(Daniel Darling is vice president of communications for the Ethics and Religious Liberty Commission. He is the author, most recently, of “The Dignity Revolution.” The views expressed in this commentary do not necessarily represent those of Religion News Service.)