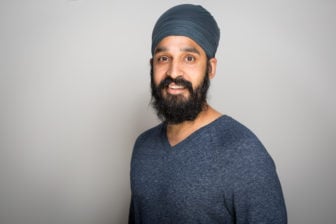 In 2019, Sikhs will make a concerted effort to address major issues within the community that have been ignored for far too long.

Many of these issues comport with discussions emerging across the rest of the country, such as sexual abuse, domestic violence, mental health, substance abuse, LGBTQ+ rights and poverty.

Much of what has kept the Sikh community from openly acknowledging its deep-seated problems is concern for how it might reflect on the community. This is understandable for a community that feels under-represented and largely invisible.

There are also deep cultural stigmas that serve as obstacles to openness, even for conversations within the community. Because of this, these issues have remained unacknowledged, despite having been right at the surface for generations.

It also makes sense that a marginalized community that saw a 243 percent increase in reported hate crimes this past year might be more focused on protecting itself from xenophobic violence as opposed to addressing intra-community concerns.

However, the broader shifts in our national conversations, coupled with a heightening awareness of intersectional struggles and oppressions, have made it clear to the Sikh community that these issues are both systemic and corrosive.

And we’re starting to see movement on these fronts. New organizations in the UK specifically seek to address mental health concerns among Sikhs. A new lifestyle blog has emerged lifting up the experiences of Sikh women, a group that has been overlooked in nearly all representations of Sikhi. Underground support networks have formed for those who identify as LGBTQ+. And advocacy organizations and scholars alike are increasingly committed to considering issues of class and caste.

While these developments are long overdue, it is heartening to see progress on these fronts. As the community continues to build power and as young people of faith continue to push the boundaries of social impropriety, Sikhs will enjoy increasing equity and progress.

Singh writes the “Articles of Faith” column at RNS. He is currently based at NYU’s Center for Religion and Media and is a senior religion fellow for the Sikh Coalition.

Opinion
What’s coming for religion in 2019? Here’s what the experts predict.
Opinion
The Rev. Grace Ji-Sun Kim: A multifaith movement will push to address climate change
Evangelical
The Rev. David Gushee: Get ready for a new, post-white evangelicalism
Opinion
The Rev. Tom Reese: Catholics will loosen up on clerical celibacy — but for real this time
Opinion
John Gehring: Power to the Catholic laypeople
Follow us on Facebook!
Submit your photos to RNS