(RNS) — After Democrats take control of the U.S. House of Representatives today, one of their first agenda items is to change an 1837 rule banning hats on the House floor, in deference to a new Muslim congresswoman who wears religious headwear known as hijab.

You might think that as a scholar who has studied Muslim women’s sartorial choices for more than a decade I’d be excited by this news. But I find myself disappointed and uneasy.

Disappointed because Democrats think they need to change a 182-year-old rule in order to accommodate Minnesota Rep. Ilhan Omar’s headscarf, a bit of attire that should be automatically protected by the First Amendment.

Uneasy because the premise for their proposal is that a hijab might be reasonably equated with a hat. We have conflated religious expression and fashion too often in the United States, and it must stop. A Muslim woman’s headscarf has literally nothing in common with a hat other than it is on top of her head.

For the faithful who believe their hijab is a religious obligation, to remove a headscarf is not like removing a hat. It is more like getting pantsed. And all the representatives in 1837, I assure you, wore pants. 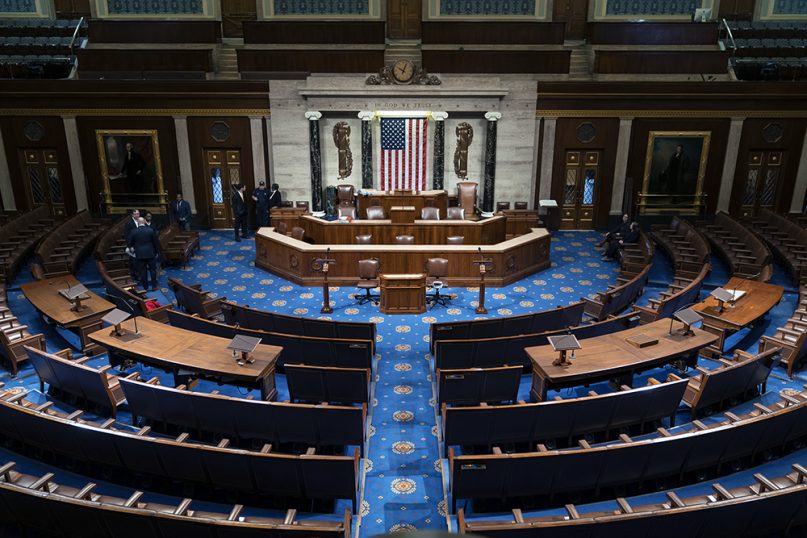 The chamber of the House of Representatives is seen before members convene for the first day of the 116th Congress, with Democrats holding the majority, at the Capitol in Washington, on Jan. 3, 2019. (AP Photo/J. Scott Applewhite)

There is a great diversity of opinions within the Muslim community about whether or not Muslim women should cover their heads. According to a 2017 poll by the Pew Research Center, nearly as many American Muslim women always wear the hijab (38 percent) as never wear it (42 percent).

But women who do choose to cover understand it to be a religious duty, grounded in the sacred sources of Islam. It is not a fashion statement, or a mere statement of Muslim identity, although it can be these things as well. A Muslim woman’s headscarf is not only a symbol of piety. Wearing it is what allows her to cultivate the virtue of modesty in the first place. If you think she can just take it off like a hat, you are missing the point.

The House hat ban, adopted to end what was seen as a stuffy holdover from the British Parliament, states: “During the session of the House, a Member, Delegate, or Resident Commissioner may not wear a hat.”

Earlier attempts to ban this custom might have been problematic for Omar — in 1822, for instance, Virginia Rep. Charles F. Mercer proposed that no member shall “remain in the Hall covered during the session of the House.” None was ever adopted, however, only the hat ban. And, once again, for those in the back, a hijab is not a hat.

To be fair, Democrats are trying to inoculate against future discrimination against religious minorities. They are worried that the old hat ban could also be used against Sikh men in turbans, Orthodox Jewish men in kippahs and even orthodox Jewish women who wear wigs. While I understand why the amendment is being proposed, I am disappointed it had to happen.

As an educator, I find even worse the rather anemic discussion this hat ban has sparked. News outlets, including Bustle, have reported that hijabs have been banned on the House floor since 1837. That is just inaccurate. No one in 1837 could have imagined a Muslim woman in Congress (a different problem), but the 1837 law was never intended to discriminate against religious minorities. 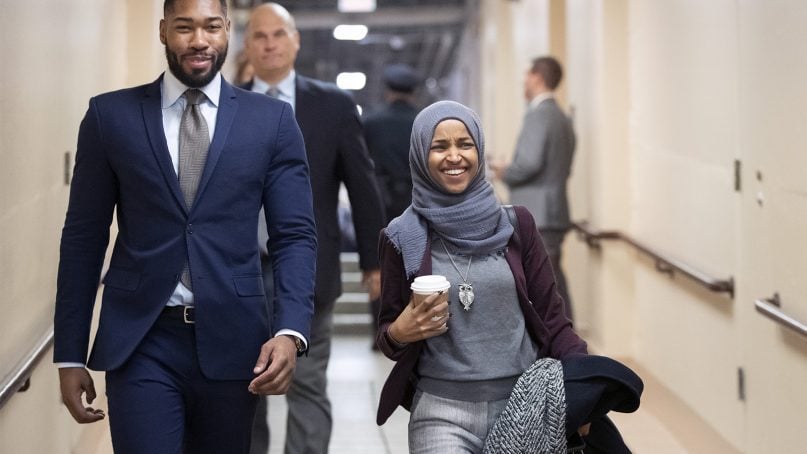 Rep.-elect Ilhan Omar, D-Minn., right, heads to a Democratic Caucus meeting Nov. 15, 2018, in the basement of the Capitol in Washington as new members of the House and veteran representatives met to discuss their agenda when they become the majority in the 116th Congress. (AP Photo/J. Scott Applewhite)

Equating a hijab to a hat has dangerous implications beyond Congress. The New York Police Department has been forcing Muslim women to remove their hijabs for mug shots. When this is done in front of male officers and inmates, it violates the NYPD’s own internal policies, but even when the photographs are taken in private, the images circulate publicly. Associating hijab with hats in turn enables other forms of state-sponsored discrimination.

The truth is, many non-Muslims still think a headscarf is forced on women by Muslim men or that it’s an expression of an overzealous form of piety. Studies have shown that a woman wearing a hijab is more than twice as likely to be discriminated against.

On the House floor, a hijab will be seen by some as the sign of a worrisome creep of political Islam. But Omar can change all that — if people pay attention to her words and actions instead of her clothing. This hat ban is a distraction from that more important work.

(Liz Bucar is an associate professor of philosophy and religion at Northeastern University and the author of “Pious Fashion: How Muslim Women Dress.” The views expressed in this commentary do not necessarily represent those of Religion News Service.)