And all in less time than before.

Attendees described the revisions as “empowering for women” and “healing” for those wounded by the previous wording.

“I was absolutely thrilled with my experiences in the [Provo] temple this morning,” Bruce Van Orden wrote in an email Wednesday. “Tomorrow is my 50th wedding anniversary with my eternal companion, Karen. I have been eager for some of these adaptations for many years, and I praise God that they occurred.”

On Wednesday, the faith’s governing First Presidency issued a general statement, explaining that alterations have been made many times in the past.

From their beginnings in the 19th century to today, temple ceremonies “have been adjusted periodically, including language, methods of construction, communication, and record-keeping,” the three-member First Presidency said in a news release. “Prophets have taught that there will be no end to such adjustments as directed by the Lord to his servants.”

The statement, posted on the official website of The Church of Jesus Christ of Latter-day Saints, offered no details about the current changes discussed all over social media.

But many members were eager to share their experiences and observations. 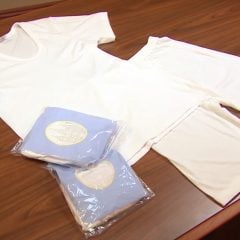 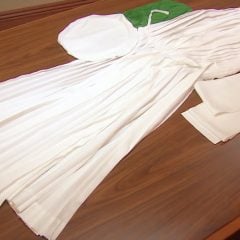 The Church of Jesus Christ of Latter-day Saints has posted a video explaining these “robes of the holy priesthood,” worn by faithful members inside Mormon temples. LDS video screenshot 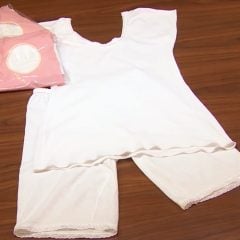 One woman, who attended a temple ceremony in Philadelphia on Wednesday morning, was stunned by the elimination of many “sexist” elements.

Many women have complained in the past about the “endowment” ritual, which includes a re-enactment of Genesis, noting that Eve has no words during her sojourn with Adam after the couple’s expulsion from the Garden of Eden.

Now that seminal female figure has a whole monologue, said the attendee, who did not want her name used because of the sacred nature of the ceremony. “She has more lines than Satan.”

And men and women make all the same covenants, or promises, to God, rather than separate ones. Women also no longer covenant to hearken to their husbands.

“If you ask any faithful feminist what she wanted to change, these hit the entire checklist. Every single complaint was addressed and fixed in a meaningful way,” she said. “This was not a baby step; it was like a leap forward.”

In its statement, the First Presidency reiterated the importance of temple worship to members.

“Whenever the Lord has had a people on the earth who will obey his word, they have been commanded to build temples. Scriptures document patterns of temple worship from the times of Adam and Eve, Moses, Solomon, Nephi [a Book of Mormon prophet], and others,” the statement said. “With the restoration of the gospel in these latter days, temple worship has also been restored to bless the lives of people across the world and on the other side of the veil as well.”

The First Presidency, led by church President Russell M. Nelson, reminded members of the sacred nature of the rituals.

“A dedicated temple is the most holy of any place of worship on the earth,” the leaders said. “Its ordinances are sacred and are not discussed outside a holy temple.” Richard Ostler was at the Jordan River Temple in South Jordan early Wednesday.

“I felt a wonderful spirit as I observed the changes,” Ostler said. “I thought of my dear women friends — some of whom have been uncomfortable with parts of the content — and how this will significantly improve the overall temple experience for them.”

Ostler “applauds” the church leaders “for listening to our women and working closely with them.”

The revised text changed no doctrine, Ostler said, just “made the temple ceremony an enhanced experience for our female members.”

This move could have a big impact on younger Latter-day Saint women, said writer-researcher Jana Riess, a columnist for Religion News Service.

In many interviews, said Riess, author of the forthcoming “The Next Mormons: How Millennials Are Changing the LDS Church,” it became clear that “the temple was a place they wanted to love.”

It was supposed to be “the pinnacle spiritual experience of their lives,” Riess said, “yet often was alienating or disappointing.”

Mormonism taught them they have direct access to deity, yet, in the temple, she said, everything went through “a male mediator.”

Giving women “direct access to God in the temple,” Riess said, “helps them have a more consistent spiritual experience in every arena of their lives.”

Latter-day Saint temple rituals include an ordinance called the “endowment,” which depicts the creation, Adam and Eve’s fall and humankind’s mortal journey and ultimate return to God’s presence.

During the ceremony, LDS templegoers make promises to the Almighty to act, speak and think according to heaven’s commands.

The church recently released a series of short YouTube videos about its temple ceremonies and the underwear devout members wear. 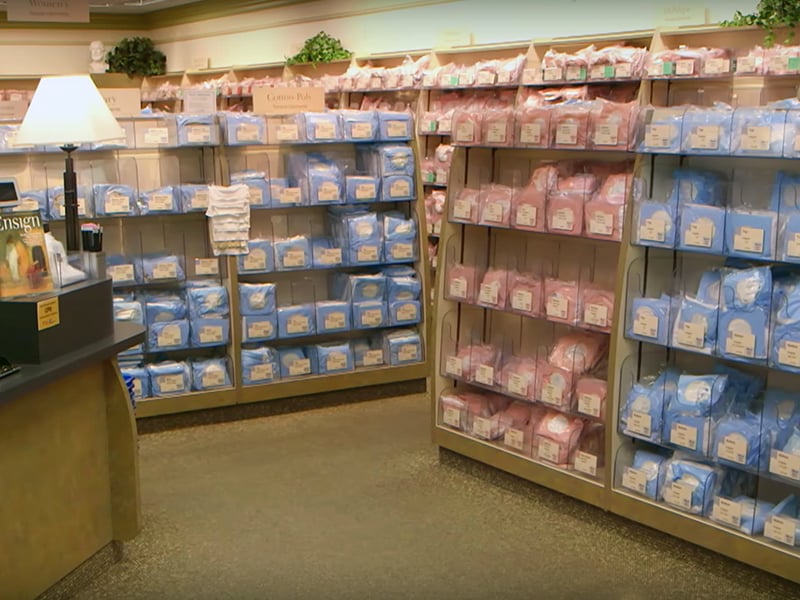 “The endowment is full of symbolism,” the narrator states in one video. “Like all temple ceremonies, everyone is dressed in white temple clothing, which represents purity and equality before God.”

Another video, lasting barely a minute, discusses the often mocked, maligned and misunderstood temple garment. It compares the garment to the religious attire donned by believers of other faiths, including “the nun’s habit, the Jewish prayer shawl and the monk’s robes.”

Many Latter-day Saints “also wear religious clothing, but underneath their regular clothes,” the narrator says, while the garments are shown. “Similar to ordinary modest underclothing, it comes in two pieces and is usually referred to as the temple garment. … They serve as a private and personal reminder of our relationship to God and our commitment to live good, honorable lives.”

Latter-day Saint temples are considered houses of God, places where devout members who receive a “recommend” — attesting to their adherence to church practices — can participate in their religion’s highest ordinances, including the endowment and eternal marriage.

With the latest changes, temple attendance is sure to surge in coming days as faithful members, eager to see the ceremony for themselves, flock to one of the faith’s 161 operating temples around the world.

The last time the narrative underwent major revisions was in 1990, but these changes go beyond those.

“An outside observer could have watched this ceremony and never thought it was sexist at all,” said the Philly attendee. “It gave me hope for the future.”

If the Utah-based faith can make such significant shifts toward gender equality, she said, “the logical next steps would be a huge, expansive role for women.”