(RNS) — A former associate children’s minister at The Village Church, a Dallas-area evangelical megachurch, has been indicted for indecency with a child involving sexual contact.

In a statement posted Thursday (Jan. 24) to a page on its website, titled “2012 Kids Camp Update,” The Village Church confirmed that Tonne had been on its staff.  The church also said it is cooperating with law enforcement. 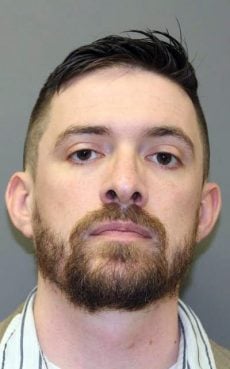 Matthew Tonne was arrested on a charge of indecency with a child. Photo courtesy of Dallas County Jail

“There are no adequate words that can express the pain, sorrow and grief that are wrapped up in this whole situation. We are committed to pursuing healing and justice and will continue to follow the lead of the authorities and experts involved in the case,” the church said in a statement.

“As we all wait for updates, we ask for you to pray for everyone involved, as we look to Christ for hope in such a dark situation.”

Tonne’s indictment was made public in court documents on the Dallas County website. According to those documents, he was released on a $25,000 bond earlier this month on the condition he has no contact with the “complaining witness” or her family and no contact with any child under the age of 17, other than his own three children. He is scheduled to appear in court Tuesday (Jan. 29).

The Village Church’s update page included a video from a September church service, in which its popular lead pastor, Matt Chandler, shared that police were investigating a report an adult had allegedly sexually assaulted a minor at a 2012 camp the church had attended, Mount Lebanon Kids Camp. Earlier in the year, the child had reported the alleged incident for the first time, he said.

“It took courage and strength for the child and the family to share this information, and we want to support them in any way possible,” Chandler said.

Chandler did not name Tonne in the video, and the church’s statement did not identify his specific role on staff.

Kent Rabalais, executive director of The Village Church, confirmed Tonne’s title in an email to Religion News Service Monday (Jan. 28) and said the church did not have anything to add to last week’s statement at this time.

The church’s update page also included a statement from the child’s family.

“As parents, our hearts have at times been angered and grieved beyond measure, but we know we have never been left without hope,” they wrote. “Our child and our family have seen the Lord’s abounding love in this through the listening ears and tangible hands of loved ones, our church leadership and staff.”

The Village Church confirmed in its statement it had removed Tonne from church staff in June “for other reasons.” It cautioned that the indictment “is not a declaration of guilt or innocence; it is only the next step in the process.”

An FAQ from the church also advised parents whose children had had contact with the accused that “it would be wise to have a discussion about this situation.” It linked to books, articles, support hotlines and counseling centers to help parents talk with their children about sexual abuse.

The Village Church, based in Flower Mound, Texas, is part of the Southern Baptist Convention, the largest Protestant denomination in the United States, and the Acts 29 church planting network, where Chandler is president of the board of directors.