People from the “Yes” campaign react after the final result was announced in the Irish referendum on the Eighth Amendment of the Irish Constitution at Dublin Castle, in Dublin, Ireland, on May 26, 2018. Ireland appeared to move away from its conservative Roman Catholic roots and embrace a more liberal view as voters repealed a constitutional ban on abortion. (AP Photo/Peter Morrison)

(RNS) — The average European country limits abortion to exceptional cases after 12 to 16 weeks’ gestation. This fact may come as a surprise to many Americans living in states like New York, Massachusetts, Delaware and Washington, each of which have recently passed abortion legislation that is far more permissive than even deeply progressive and secular European countries like the Netherlands.

New York’s recently enacted Reproductive Health Act dramatically expands abortion rights in a state that already had the highest abortion rate in the country. Gov. Andrew Cuomo has pushed for many years for more late-term abortion access. Last week, he got his wish: State law now allows abortion for any reason (including on the basis of disability and gender) through 24 weeks, beyond the time a baby can live outside her mother.

An abortion can also be performed until birth for unspecified health reasons, even though the Supreme Court already grants women the right to abort viable babies for reasons of the mother’s health, defined as “all factors — physical, emotional, psychological, familial, and the woman’s age — relevant to the wellbeing of the patient.”

Furthermore, New York took concern for the prenatal child completely out of its criminal code. Now, not only will a physician suffer no criminal penalties for performing an illegal abortion; a man who assaulted a pregnant woman would suffer no criminal penalties for killing the prenatal child. Remarkably, the RHA also repealed a state law requiring that babies born alive after abortion be treated just like other babies born alive.

Other states are entertaining more extreme moves. Virginia is debating a proposal to remove every single restriction on abortion in the state. Pressed on whether her bill would permit abortion of a 9-month-old unborn child for reasons of mental health, even as the mother was about to give birth, the primary sponsor of the radical legislation, State Delegate Kathy Tran, said, “My bill would allow that, yes.”

For the social-justice-minded individual who is interested in using the government to protect the vulnerable from violence, this kind of radical libertarianism in the face of horrific violence is something to behold.

These shifts in abortion law, brought about by fear that the Supreme Court may overturn Roe/Casey and send the matter back to the states, stand in deep contrast to what other states are doing. Before these new state laws expanding abortion, the overwhelming majority of changes over the last several years have significantly limited abortion rights. 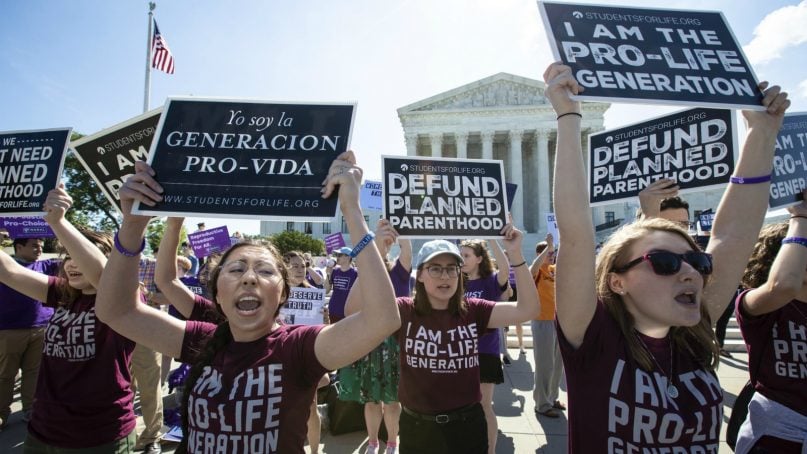 Iowa, for instance, recently passed a law banning abortion after a baby’s heartbeat can be detected, which is around six weeks of gestation. Ohio has passed more than 20 abortion restrictions since 2011, including a ban on prenatal child dismemberment, the most common abortion procedure after 14 weeks.

And Ohio is not alone. It has been joined by Alabama, Arkansas, Kansas, Kentucky, Louisiana, Mississippi, Oklahoma, Texas and West Virginia.

Writing in The Wall Street Journal back in 2013, Dan Henninger called abortion our “second civil war.” Now it appears this debate, as bad as it is, has been tied up in what some people are calling our broader “cold civil war” over politics and culture more broadly. The assumption is that we are just too divided on fundamental issues to do anything other than fight — either metaphorically or literally.

But this is a profoundly mistaken way to look at the views of the American people. A 2018 study of political affiliation in the U.S., “Hidden Tribes,” found that most people “do not see their lives through a political lens, and when they have political views the views are far less rigid than those of the highly politically engaged, ideologically orthodox tribes.”

Indeed, two-thirds of Americans belong to what the study described as an “exhausted majority.” These folks “share a sense of fatigue with our polarized national conversation, a willingness to be flexible in their political viewpoints, and a lack of voice in the national conversation.”

Something similar is true of the abortion debate. It cannot be divided into a simplistic life-vs.-choice war. On the contrary, one needs to ask very specific questions in order to determine what the public believes. When we do, we find lots of common ground.

Overwhelming majorities, for instance, want abortion restricted (with exceptions) after the first trimester — very close to the view of most Europeans. A recent Marist poll found that only 14 percent support the no-limits approach of Virginia, while only 7 percent of millennials support the extreme Democratic platform on abortion.

There are many opportunities on the “demand” side as well. Republicans are thinking creatively about how to get paid maternity leave for women, a policy goal they share with Democrats. Some conservatives, like Florida Sen. Marco Rubio, said they only voted for the GOP tax bill because it increased child tax credits for overburdened parents. Everyone from President Trump to the conservative American Enterprise Institute is pushing for more child care assistance.

Common ground on abortion is substantial, in other words, if we only took time to look. Some of it is even painfully obvious. If confusion and political tribalism continue to dominate our exchanges and current trends continue, we risk replacing these common sense solutions with a debate that has the capacity to split the republic.

(Charles C. Camosy is on the board of Democrats for Life and author of Beyond the Abortion Wars. The views expressed in this commentary do not necessarily represent those of Religion News Service.) 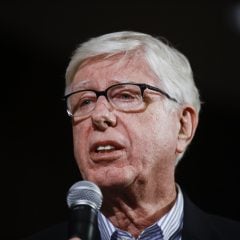