(RNS) — Yesterday (Feb. 25), Nebraska Sen. Ben Sasse’s Born-Alive Abortion Survivors Protection Act, which would have established punishments for doctors for refusing medical care to any living child they deliver, was defeated in the Senate 53-44, with only three Democrats voting for the bill.

To understand why this was precisely the result the Republicans were looking for, some context:

The Born Alive Infants Protection Act, passed in 2002, already addresses the issue targeted by Sasse’s. That law states that a newborn child, even if it is one who survived a failed abortion, is a person with full rights. The problem was that it left a legal gray area between active killing and refusing typical medical treatment, in that it didn’t provide penalties for physicians who don’t provide typical medical care for a baby born alive after an abortion.

Sasse’s bill would have cleared up that gray area by saying that all newborns deserve the same medical treatment, whether they were targeted for abortion or not. 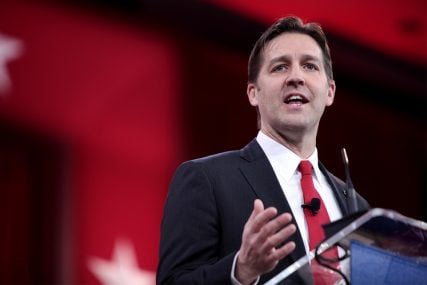 If that’s what the Republicans wanted, it is more than reasonable for Sasse to have pushed his bill. We know babies sometimes survive abortion attempts and nurses have witnessed medical teams aim at their deaths by refusing them typical medical care. In the infamous Baby Doe case of 1982, a couple and their doctor decided to aim at the death of their child with Down syndrome by refusing typical medical care. The case set off a cultural and moral revolution in the treatment of newborns that resulted in far more ethical and legal oversight of physicians and parents making such decisions.

Recently, Democrats in Virginia showed how confused their party’s positions on “reproductive health” are on these matters. Though they later walked back their statements, Virginia Delegate Kathy Tran and the state’s governor, Ralph Northam, defended a bill that would have relaxed rules about late-term abortions by apparently approving of abortions while a woman is in labor — or, in the case of the governor, seeming to suggest that a fetus with severe abnormalities could be allowed to die after being delivered. After an uproar from constituents, Northam said he had been misquoted. (The bill was later tabled.)

Democratic Party leaders claim to stand for health care for all, especially the most vulnerable. But as with so many of their principles, things change when it comes to abortion. Instead of making sure an infant gets the health care to which she has a right, they want to allow parents and a doctor to make sure the goal of the abortion is carried out after birth. This outs talk of abortion as a “right to control one’s body” as a total sham.

Republicans, unfortunately, seem more intent on playing their usual politics rather than igniting a true moral revolution. They knew Sasse’s update to their 2002 bill had no chance of passing, even with their majority in the Senate, since 60 votes were required to move the legislation forward. If they had been serious about passing the bill, they would have worked with moderate Democrats to add amendments that would support women in difficult circumstances.

One idea would be to mandate that the mother be given information about (and support for) linking the baby up with the long lines of parents waiting to adopt these children. Another would be to increase funding and outreach for perinatal hospice, a service that makes sure babies with severe health problems after birth do not suffer.

Instead, the GOP gave even moderately pro-choice Democrats no reason to defy their own party’s leadership.

Experienced pro-lifers like me are quite familiar with this strategy. National Republicans are happy to use our priorities and energy as tools for political advantage, but when push comes to shove they are not actually interested in paying even a modest political price to achieve our goals. We saw this with the failure of the Pain-Capable Act, which, with exceptions, would have banned abortion after many biologists believe the prenatal child can feel pain. We saw it with the GOP’s failure to defund Planned Parenthood, the nation’s leading provider and promoter of abortion. And we just saw it again with the Abortion Survivors Protection Act.

Those of us who have a consistent life ethic once again face a terrible dilemma of choosing between the only two viable political parties, despite the fact that both are totally unserious.