Child sponsorship, says the Colorado Springs-based nonprofit, helps children stay in school and provides them with medical care, nutritious food and mentoring in a local church.

Donors are also “personally connected with a boy or girl who will know your name and treasure the thought that you care.”

For many of Compassion’s one million US child sponsors, there’s another person in the sponsor-child relationship: the musician — usually a Christian artist — who introduced them to Compassion at a concert. 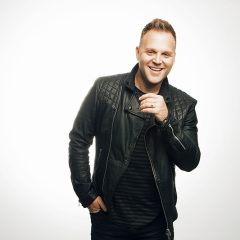 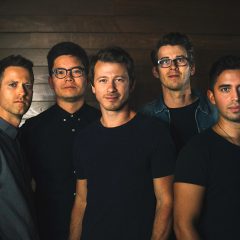 “Because of the work of Compassion International, the impact goes far beyond those in attendance at the shows,” he said. “Many children’s lives are being radically changed, rescued from poverty through the blessing of sponsorship.”

That’s the point of the tour, said Brian Seay, director of Compassion LIVE, the 11-person Compassion subsidiary that’s behind Roadshow and other events featuring leading Christian musicians and speakers.

“We create and produce musical and speaking tours and events from the ground up so Compassion can get more children sponsored,” said Seay, who hopes this tenth-anniversary edition of Roadshow sells 50,000 tickets, breaks even financially, and brings in 3,000 new child sponsors.

A six-country study of Compassion’s child sponsorship program, conducted in 2013, found “large, statistically significant impacts on years of schooling; primary, secondary, and tertiary school completion; and the probability and quality of employment.” The nonprofit had to shut down its programs in India in 2017 after a dispute with government officials who accused the nonprofit of proselytizing. Local Compassion officials said the group taught moral values but did not seek to convert children in that country, according to The New York Times. That dispute came amid a crackdown on foreign donors by the Indian government. Before closing down its programs in India, Compassion had “repeatedly ranked as India’s largest single foreign donor, transferring around $45 million a year,” according to the Times.

Compassion’s $900 million in income makes it one of the nation’s largest Christian nonprofits. The Chronicle of Philanthropy ranked the ministry eighth in its 2018 America’s Favorite Charities report. Many child sponsors stick with the ministry for years or even decades, faithfully sending their monthly $38 donations and adding occasional letters and prayers to their sponsored children. 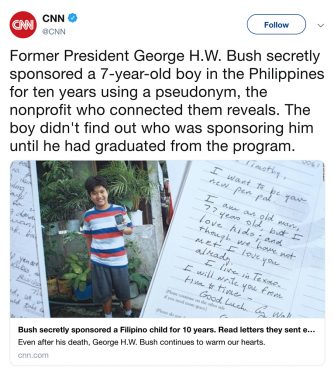 Among those sponsors was former U.S. President George H. W. Bush. The late president attended a Compassion-sponsored Christmas concert featuring Amy Grant and Vince Gill in Washington D.C., in 2001. Grant has worked with Compassion for decades, and, during a musical break in the concert, attendees were invited to sponsor a child.

Bush raised his hand and requested a pamphlet that featured a photo and bio of a seven-year-old Filipino boy named Timothy.

The former president sponsored the child for the next decade, writing in his initial letter to the boy: “I am an old man, 77 years old, but I love kids; and though we have not met I love you already.”

Bush signed that letter “G. Walker,” according to CNN.com.

In 2018, Compassion sponsors exchanged nearly six million letters with their sponsored children, according to the nonprofit.

Musician Mike Johnson first approached Compassion in 1977 with his idea of concerts that combined music, ministry, and appeals to sponsor children. From the beginning, Compassion’s leaders insisted that anyone who speaks publicly on behalf of the ministry must travel overseas and witness the work firsthand. Artists find these visits enlightening and even transformative, while their fans consider their testimonies trustworthy.

Today, Compassion’s list of “Music Artist Ambassadors” includes more than 100 artists and bands, including acts like Casting Crowns and Hillsong United. Musicians who partner with the ministry benefit from enhanced exposure and financial support for their tours. But the ministry avoids pay-for-play endorsements. 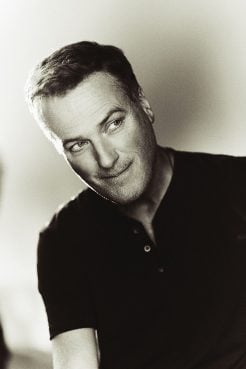 “It really comes down to artists who believe in Compassion, and Compassion believes in those artists, and both are in it as a partnership, not a transactional relationship,” said Seay.

Concerts on this year’s Roadshow Tour will open with a worship music set by Michael W. Smith, who has been a Compassion donor and public ambassador for decades.

“I’m grateful for my long and productive relationship with Compassion International,” said Smith. “I appreciate them providing the opportunity for me to kick off these concerts, setting the tone for the night from the very beginning.”

(Editor’s note: Steve Rabey, a freelance writer based in Colorado Springs, edited a magazine for Compassion International in the 1980s.)