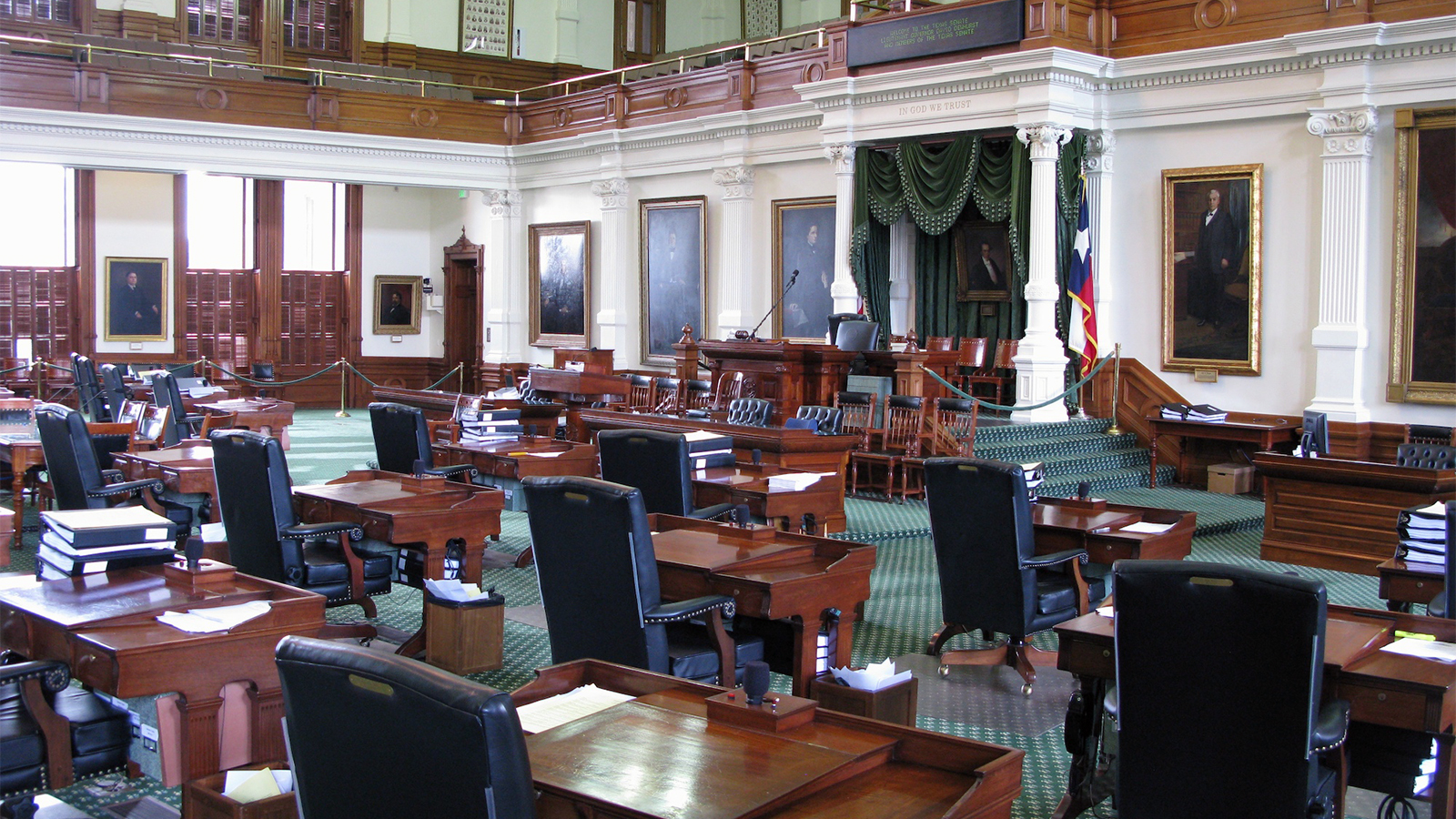 (RNS) — State Sen. Charles Perry recently stood on the floor of the Texas Senate in Austin defending a bill that would let state license holders assert their religious beliefs when providing — or denying — certain services.

He told lawmakers the bill would not undermine state or federal anti-discrimination laws but would simply give attorneys, nurses, counselors and others a chance to live out their faith every day.

“What it does is give a voice to those of faith that currently is fading, is being silenced through state-sponsored discrimination policies and laws that we make,” Perry said from the Senate floor last week. “It’s an attack on the very fiber of where we used to be as a country, where we had a moral absolute standard that we seem to have tossed to the wind.” 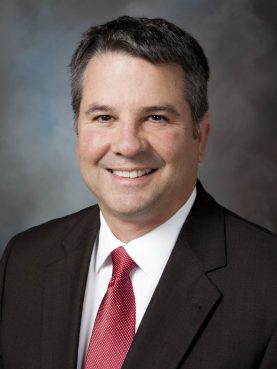 On April 3, the religious refusals bill — officially Senate Bill 17 — passed in the Senate after lengthy emotional debate. It now faces consideration by the Texas House of Representatives.

Some faith and business community leaders say the measure — along with more than a dozen others proposed by state lawmakers this year — would simply allow someone to use faith as a shield to deny services such as counseling, plumbing and even towing a car.

To them, it is a license to discriminate.

“I think this is one of many attempts by leadership in Austin to use faith as an excuse to discriminate against people,” said Rabbi Nancy Kasten of Dallas. “You undermine faith and trust in public institutions when you allow subjective opinion to determine whether or not the service that is licensed by the state will be offered.”

Because the Texas Department of Licensing and Regulation oversees 150 types of jobs, said state Sen. José Menéndez, a Democrat from San Antonio, the bill, if it becomes law, could be used to deny services to the LGBTQ community.

“The problem is, when you create a shield, a defense, that shield can be used as a weapon,” Menendez said on the Senate floor in retort to Perry’s defense. “The problem is that while an individual may be ‘protected’ for refusing service to a same-sex couple or a transgendered woman, no one is protecting the people who are impacted directly by this bill.”

The culture war brewing in the Texas capital comes after a bruising “bathroom bill” battle two years ago over a proposed law that would have restricted transgender Texans’ access to public facilities. The measure failed, but the LGBTQ community feels it’s being targeted again this year.

Several of the bills on file seek legal protection for anyone refusing to be involved in a marriage ceremony that goes against their “sincerely held religious beliefs.” Others protect counselors, doctors, nurses and clinical aides from disciplinary action for denying nonemergency services they see as counter to their beliefs.

Another major bill would change the Texas Labor Code to prohibit any municipality from requiring private employers to adhere to certain employment policies; critics say this is an attempt to undo LGBTQ nondiscrimination ordinances. The bill’s author denies that is his intent. 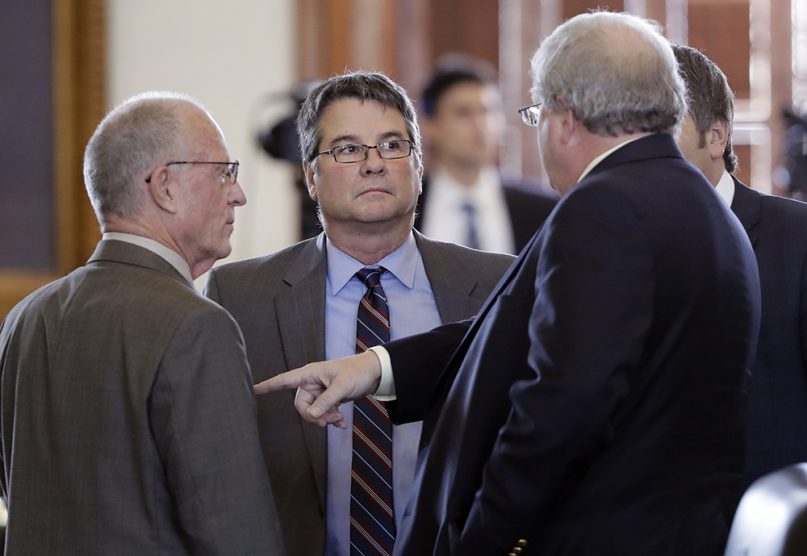 But a coalition of 1,400 businesses — including Fortune 500 companies such as Apple, Facebook and Microsoft — describes some of the bills as bad for business, and in a letter to lawmakers the companies say they “oppose any unnecessary, discriminatory or divisive measures.”

“When it comes to the elimination of protections that discourage discrimination … that does not send the message that this is an inclusive community or state,” said Bob Jameson, president and CEO of Visit Fort Worth, the local convention and visitors bureau.

For his part, Perry said he frankly doesn’t care what the business community thinks.

“I know this is going to sound funny coming from a ‘right-wing Republican.’ But I don’t pay homage to the almighty dollar,” Perry told his fellow senators.

The representative from Lubbock continued his defense the next day, saying his bill protects those who may have a livelihood that is state-governed; they shouldn’t be prevented, he said, from “living their faith” because they feel intimidated, coerced and silenced by regulators.

The Texas Catholic Conference of Bishops and the Archdiocese of Galveston-Houston’s Office of Pro-Life Activities registered support for Perry’s bill, as did Texas Values, a conservative political advocacy group that has its own list of proposed bills that it is watching.

Under the hashtag #BanTheBible, Texas Values says the proposed laws — many of them concerning sexual orientation or gender identity or expression — would create new government power to ban free expression of religious beliefs.

“#BanTheBible doesn’t have to mean confiscating physical Bibles yet, but it does mean something even worse — stripping Texans’ right to practice biblical teachings out of their lives,” the Texas Values website argues. Texas Values is affiliated with the First Liberty Institute.

Nicole Hudgens, senior policy analyst with Texas Values, doesn’t back away from that approach, saying that there are a number of bills that would amend the state’s civil practices, labor and property codes and punish individuals for “not affirming the LGBTQ agenda.”

“They are targeting people of faith for exercising their religion,” Hudgens said. 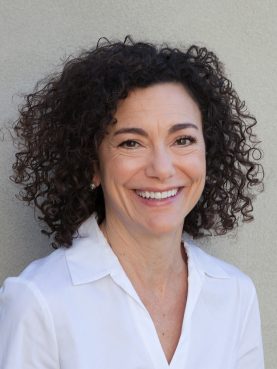 Some call the #BantheBible approach a cynical, evocative scare tactic meant to rally the troops about legislation concerning something as mundane as professional licensing.

“As a member of a religious minority, I am well aware of the importance of protecting religious freedom,” Kasten, the rabbi, told a Texas Senate committee. “But the ability to live freely according to one’s religious beliefs, practices and observances should never be confused with permission to use faith as a weapon against those who do not share the same views or beliefs.”

Bee Moorhead, executive director of Texas Impact/Texas Interfaith Center for Public Policy, takes an even more cynical view of the legislation. While not questioning the sincerity of Perry, she said some of the bill’s backers may simply want to cut down on government regulation. That’s it.

“It is taking religion and using it as a prop for what otherwise would be a secular economic issue that could be easily overlooked,” Moorhead said. “Sincerely held religious beliefs have been used to create a lot of suffering for people. It is not a tool to be used to get what you want.”

Following its passage in the Senate, Perry’s bill has a tougher row to hoe in the House, according to Bill Miller, a veteran political consultant for Republicans and Democrats.

For some in the faith-based community, the argument alone makes them feel good, he said.

“Success is a long shot,” Miller said. “But success is measured a lot of different ways. There’ll be a lot of discussion and debate and progress made in some ways, and they’ll be happy with it.”

News
Dwight McKissic living at seminary after storm: ‘God is making sure our needs are met’