KUTUPALONG, Bangladesh (RNS) — As talks restart this month about repatriating Rohingya refugees from Bangladesh back to Myanmar, neither country’s government has an answer for the fate of Hindu Rohingyas still stuck in Bangladesh.

More than a million Rohingya have fled Myanmar to settle in at least 27 camps in neighboring Bangladesh. The refugees are commonly recognized as a Muslim minority group that has been persecuted for its members’ faith by authorities in Buddhist-majority Myanmar.

The Hindu families began arriving in Bangladesh along with the Muslim Rohingya in late August 2017, after the Arakan Rohingya Salvation Army, a militant Rohingya Muslim group, attacked 30 Myanmar military outposts, kickstarting the exodus of some 700,000 Rohingya. 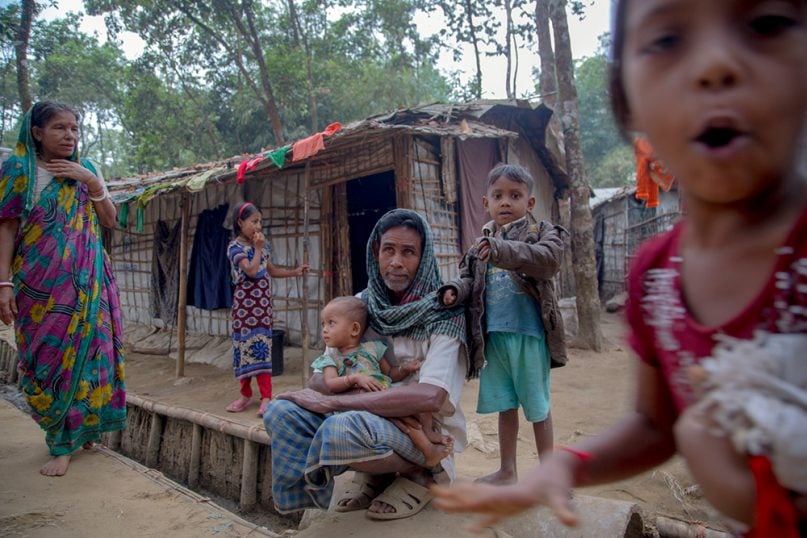 “When they were killing each other, we escaped to Bangladesh,” said 60-year-old Hindu Rohingya refugee Mintu Rudro.

Invested in keeping the country a Buddhist-majority land, the Myanmar government had already stripped Rohingyas’ citizenship rights in 1982, claiming they were illegal immigrants from neighboring Bangladesh. The 2017 attacks began what United Nations investigators have called a genocidal crackdown.

The Bangladesh government is particularly stringent about security in the area of the Hindu camp, due, it said, to interreligious conflict between Rohingya Hindus and Muslims. But it’s not entirely clear that the Rohingyas of either faith, who lived side by side in Myanmar’s western Rakhine state, are responsible for violence against the other.

The bodies of nearly 100 Hindu villagers have been found buried in mass graves in Rakhine state. In September 2017, during an official press trip, Myanmar authorities showed journalists two mass graves of Hindu Rohingyas. The Myanmar military blamed ARSA, as has a report released a year ago by Amnesty International. According to the Amnesty report, eight Hindu women survivors said ARSA forced them to convert to Islam and took them to Bangladesh.

But the picture has kept shifting, perhaps because the women have not felt secure enough to tell the truth. They told journalists and aid workers in Bangladesh soon after they arrived that Myanmar security forces had killed their husbands. They changed their statements again in October 2017, when the Bangladeshi and Myanmar government repatriated them back to Sittwe, Myanmar, claiming Rohingya Muslims had attacked them.

Delwar Hossain, a professor of international relations at Dhaka University in Bangladesh, told The Record in Nepal: “The Myanmar authorities seem to have gone to great lengths to divide the Rohingya Hindu from the Rohingya Muslims in their media management strategy and I would say they have succeeded there.” Hindu Rohingya refugee children study at a makeshift school in a Hindu refugee camp near the larger Kutupalong refugee area in December 2018 in Bangladesh. RNS photo by Amir Hamza

Verifying these reports has been nearly impossible, as journalists and aid workers haven’t been allowed in the conflict area since August 2017. While the women no longer live in the Hindu camps, their polarizing statements have left the current residents fearful to go back to Myanmar.

“We’re too scared to go back without the Bangladesh government’s help,” explained Rudro. “We don’t know what is happening in our villages and can only go back if there are proper measures.”

In November, when the Bangladesh government prepared a list of 2,000 Muslim refugees to send back to Myanmar, residents of the Hindu camp were hopeful they would be sent back, too.

“The camp-in-charge told us that we are planning to send you back,” said Rudro, referring to Bangladesh officials who run the camps. “But after that, no one came to get us. We would’ve gone back.”

The Muslim Rohingyas were less willing to leave the safe, if miserable, camps. When army trucks were sent to repatriate them late last year, many hid in other camps and some even attempted to kill themselves when they learned they would be sent back to Myanmar.

But the Hindu Rohingyas preferred instant repatriation. Like most of her neighbors, 50-year-old Jutsna Paul was packed and ready to go. She still hasn’t unpacked most of her things.

“Send us to (Myanmar) or India. Our kids can’t grow up here in the camps,” said Paul.

Some members of the Hindu community had already tried to live in India but were forced out by the Indian government. The Hindu Rohingyas want Indian Prime Minister Narendra Modi to grant them legal entry into the country.

“India is a Hindu country, Modi is a Hindu and he is responsible for our well-being,” said Rudro.

Rudro said he has no complaints against the Bangladeshi government or the Myanmar government. Neither has harmed the Hindu refugees, he said.

“My son was visiting his uncle in another Hindu village in Myanmar when the violence broke out in August 2017. He still lives there and he’s fine,” Rudro explains.

When asked why they don’t just cross the border and go back home, given that the Myanmar government has promised to keep them safe, Rudro and other Hindu refugees say they are too afraid to be mistaken for Muslims and shot at the border.

(Jennifer Chowdhury is a 2018 reporting fellow for the South Asian Journalists Association.) 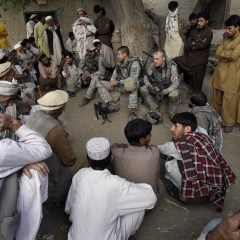