(RNS) — Southern Baptist Theological Seminary, which released a report last year about its connections to slavery, has denied a request from an interracial ministers coalition to financially support a nearby black college as a form of reparations.

EmpowerWest, a coalition of black and white pastors in Louisville, Ky., where the seminary is located, recently contacted school officials with their request.

The group suggested Southern Seminary could donate millions to a local Christian college whose students are predominantly African American.

In a May 31 letter of response, the president and board chair of the Southern Baptist Convention’s flagship seminary said they would not transfer funds to another institution.

“We agree with the policy of the Southern Baptist Convention in this regard, and we do not believe that financial reparations are the appropriate response,” wrote President R. Albert Mohler Jr. and board Chair F. Matthew Schmucker.

The seminary released a 71-page report in December that said its early trustees and faculty “defended the righteousness of slaveholding” and espoused white supremacy. Founders of the seminary, which opened in 1859, owned more than 50 slaves. 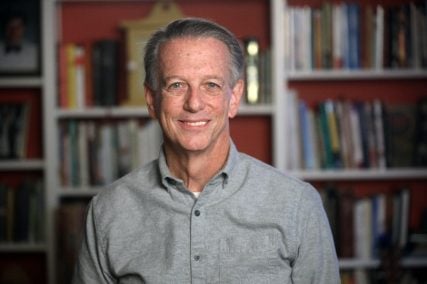 “Since the seminary has done a wonderful job of acknowledging what it did, it’s now time to ask ‘What are you going to do about it?’” said the Rev. Joe Phelps, co-chair of EmpowerWest, which seeks to increase economic opportunities in predominantly black West Louisville.

Phelps, a 1978 graduate of the seminary and a white Louisville minister, and the Rev. Kevin W. Cosby, a black Louisville pastor and president of Simmons College of Kentucky, were the lead signers of a petition to the seminary “to make an act of repentance and repair to descendants of American slavery for its leading role in crafting a moral and biblical defense of slavery.”

Among their recommendations was that the seminary give Simmons College a “biblical tithe,” or 10 percent, of its endowment, which they said is about $100 million.

An Association of Theological Schools report about Southern Seminary showed the school had an endowment of $90 million in 2017.

“We’re not going to respond to public demands for reparations made, quite interestingly, by the people who demand that the reparations be paid to them,” Mohler told Religion News Service. “And, furthermore whatever we do, this institution will do in keeping with its theological commitments.”

Simmons College has partnered with the Cooperative Baptist Fellowship, a group that split from the Southern Baptist Convention in the 1990s over differences about biblical interpretation and women’s ordination, which the SBC does not support.

Mohler said his seminary began to address its past long before the report was issued. 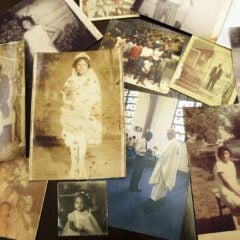 Religion Hub
Lag in slavery reparations from US Jesuits irks descendants
Follow us on Facebook!
Submit your photos to RNS