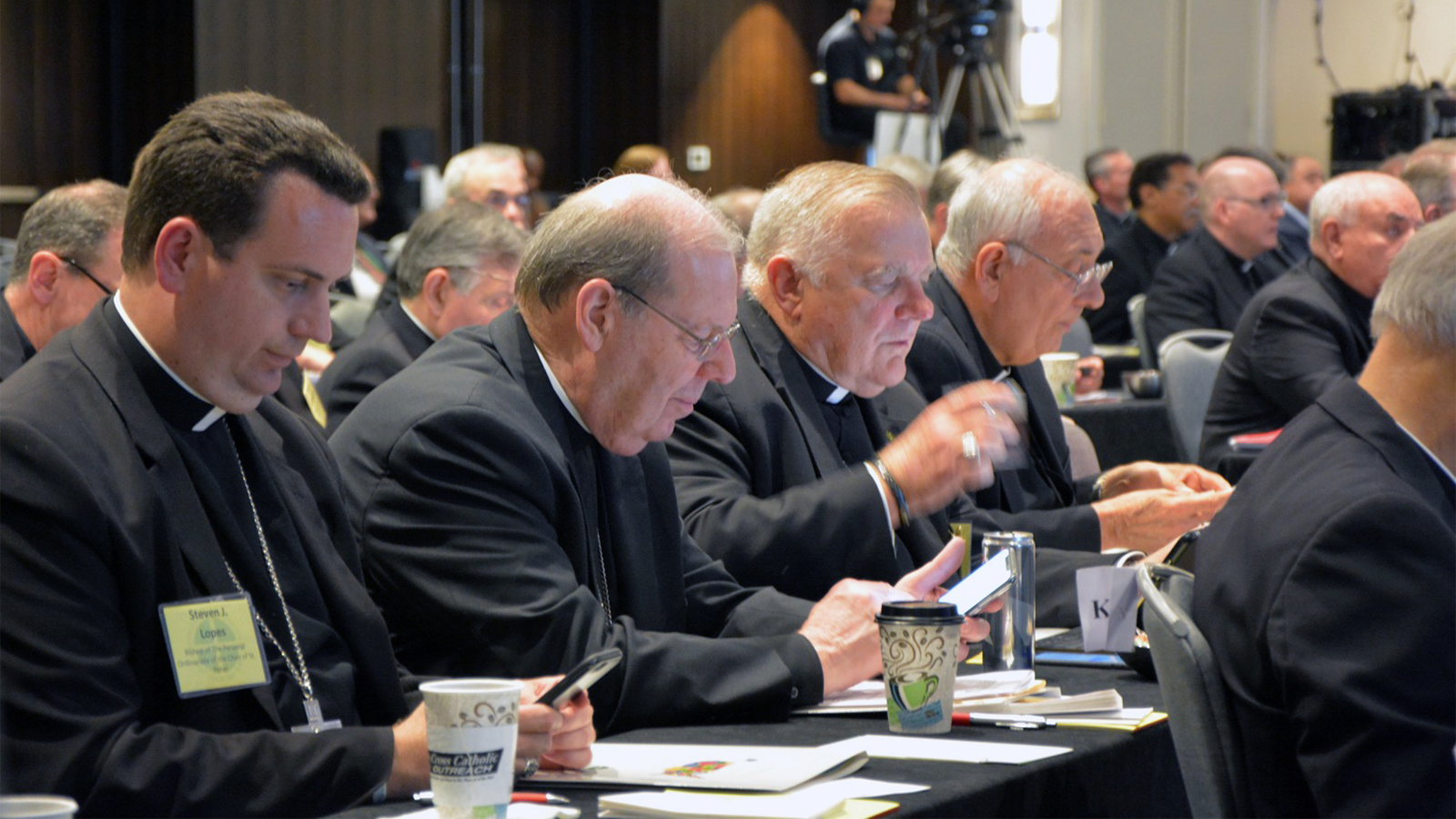 (RNS) — When Catholic bishops want to know what's going on in the world, they're likely to tune in to Fox News.

Their parishioners, however, appear to prefer CNN.

Newly revealed data reported by the National Catholic Reporter shows that news-watching habits of Catholic bishops seem to skew significantly more conservative than American Catholics overall, hinting at a potential ideological disconnect between hierarchy and laity in the church.

NCR recently reported on a 2016 survey of U.S. Catholic bishops, detailing everything from geographic distribution to the clerics’ sleeping habits. That survey, which interviewed active and retired bishops and was published earlier this year in the book Catholic Bishops in the United States: Church Leadership in the Third Millennium, revealed some surprising details about the news habits of the American Catholic hierarchy — ones that appear to contrast starkly with Catholics overall.

According to the survey, almost half (47%) of U.S. bishops said they preferred to watch news on the Fox News channel, compared to 33% who listed CNN and only 4% who named MSNBC.

In addition, more than a third (38%) of bishops say they regularly read The New York Times, followed by The Wall Street Journal (24%), USA Today (23%), and The Washington Post (6%). Eighty-eight percent read a local newspaper.

While not a direct comparison, data from Pew Research suggests the bishops' news habits are out of step with those of American Catholics overall. According to data compiled in 2014 by Pew Research and made available to Religion News Service this week, one of the most popular sources for government and politics news among U.S. Catholics was CNN, with 43% noting it as something they watched within the past week. It was followed closely by Fox News (42%), and MSNBC also claimed 28% — significantly more than the 4% mentioned among bishops.

Only 12% of Catholics said they had read The New York Times recently, while 9% said they read The Wall Street Journal.

There are points of agreement, however.

Overall, the news habits of U.S. Catholics in the 2014 Pew survey appeared to correlate roughly with Americans as a whole, only fluctuating a few percentage points in either direction depending on the news source. The one possible exception may be the apparent Catholic affinity for NBC News. About a third (37%) of Americans overall listed it as a source for government and politics news, whereas 45% of Catholics said the same.

Both surveys — the 2016 bishops study and the 2014 Pew survey — are older, and questions were not asked the same way.

Even so, evidence suggests that when it comes to news, bishops and their flocks may live in different bubbles.