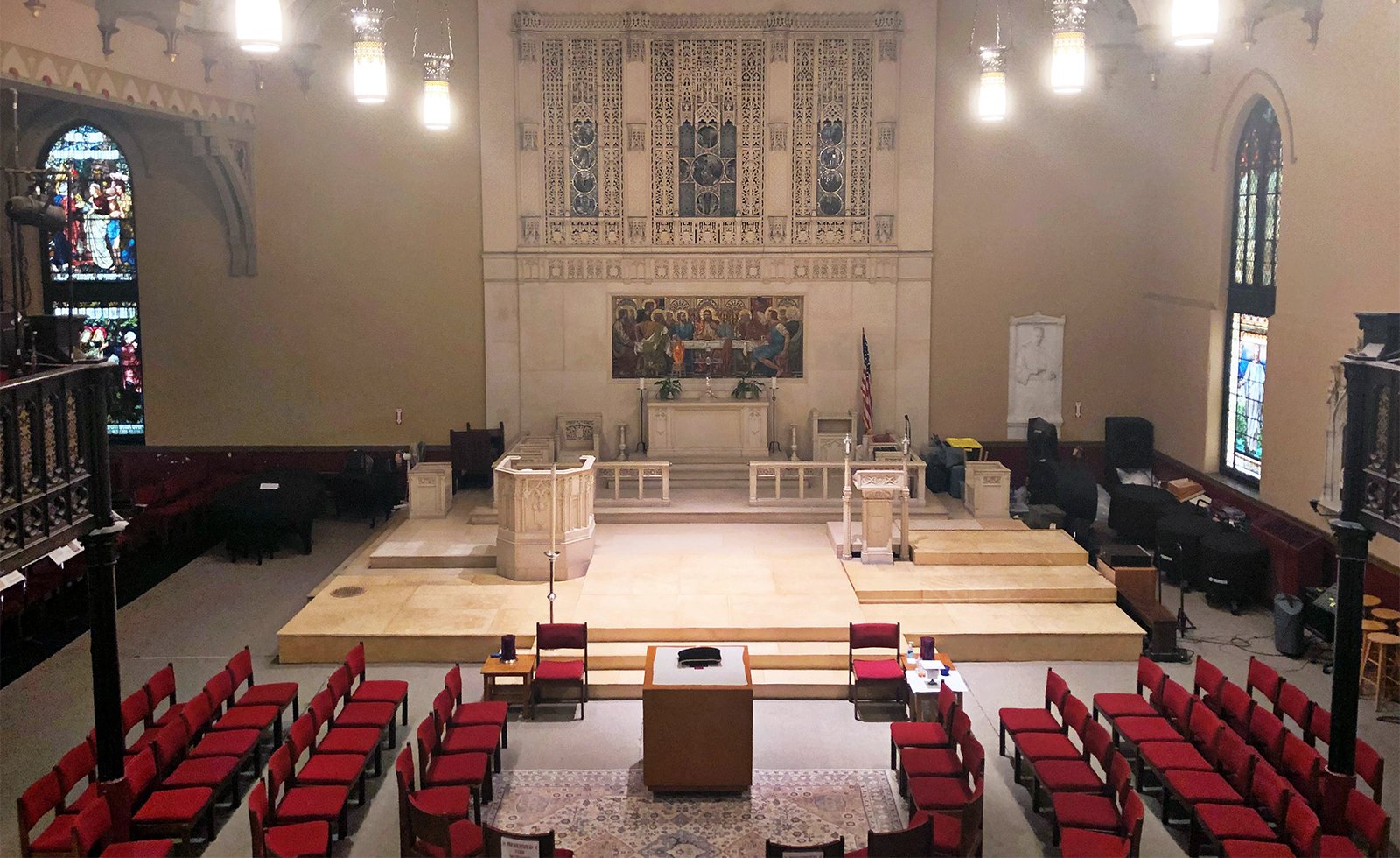 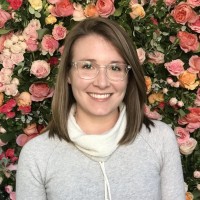 PHILADELPHIA (RNS) — St. Stephen's, an Episcopal church in Center City Philadelphia, isn’t open on Easter. There are no sermons on Sundays. It doesn't have any members. And yet this castlelike Gothic Revival building on 10th Street is still a functioning, active church — just not in the ways you might expect.

Rather than opening on Sundays, the church operates on a four-day schedule, with midday services Monday through Thursday. And rather than focusing on growing the congregation, St. Stephen's is fully invested in being present for the community, practicing a true open-door policy that makes it a place of support for anyone in need.

The church — an architectural landmark designed by William Strickland in 1823 — has long flourished in the active downtown neighborhood near Thomas Jefferson University Hospital. But the church hit a slump in the 1980s — not long after the Rev. Alfred W. Price, a particularly charismatic pastor, ended his nearly 30-year career in the pulpit. By 2016, fewer than a dozen worshippers might be found in the pews on a Sunday morning, and the Episcopal Diocese of Pennsylvania made the difficult decision to shutter St Stephen's. 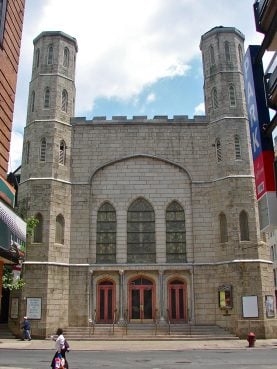 But after Daniel G.P. Gutierrez was elected bishop of Pennsylvania in 2016, he visited St. Stephen's and soon called for the church to be reopened.

"If it’s offering different things and reopening it and re-envisioning what it could be to meet the needs of those people," the bishop added, "that’s what we have to do.”

The Rev. Peter Kountz was brought on to oversee this new version of St. Stephen's, which included being present, physically, in the building for more of the week than before. With the help of the church's digital content manager, Rebecca Harris, Kountz led an online outreach campaign that included launching a new website and advertising St. Stephen’s new accessibility on Facebook, sharing tidbits about the church's history and info about arts programs. When the church reopened for an Ash Wednesday service in March 2017, 117 people filled the sanctuary, a number of whom had never stepped foot in the church before. 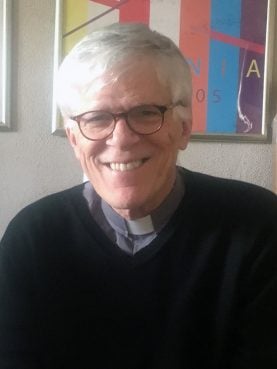 St. Stephen's started a neighborhood outreach program, opening the sanctuary to all comers, from those experiencing homelessness to patients from the nearby hospital and curious tourists. The church made sure to welcome visitors of any faith who use the sanctuary to pray and meditate.

Now, on a given weekday, 70 or so local residents will come by, taking advantage of St. Stephen's hospitality services — coffee and snacks and conversation — while others meditate or nap in the sanctuary. While most are not there for the services, Kountz leads the daily worship for anyone who cares to participate.

St. Stephen's doesn’t have a grand vision for growth. It's not working to bring in new members or fill every service. "Some of the people say, 'You mean you don’t try to evangelize?' No, we don’t try to evangelize," said Kountz, who normally assists or attends at other local churches on Sundays. "And we can invite them to the service, but the most some people will do is sit in the back and listen to the remarks I make about the gospel, but that’s it.”

The church planted itself more firmly in the community after Suzanne Glover Lindsay, an art historian who had visited the church to study its tombs, examined the gravestones laid into the floor of the church's single transept. Lindsay learned that the stones marked vaults that had been covered over when the parish extended the sanctuary in the 1870s. Over time, the family vaults of those church members — and in one elaborate tomb, the property’s longtime caretaker — were forgotten, as well as the parishioners buried within them. 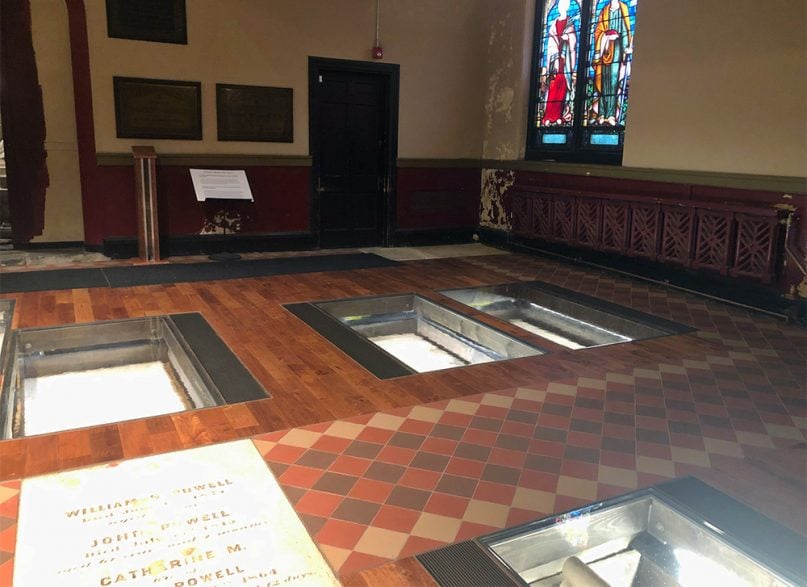 St. Stephen's brought in a professional team that included a structural engineer and a lighting designer to build what became the Furness Burial Cloister, named for Frank Furness, the architect behind the addition. Today, visitors to the church can view the illuminated gravestones — some of which are set flush with the floor, others of which are laid a couple of feet below — through large glass overlays. The effect is that of a moving, museumlike monument to those who have passed.

Kountz said the graves also represent the church's focus on the ministry of hospitality, calling the burial cloister “an illumination of this effort."

Gutierrez said he sees churches as more than mortar and bricks — and he's not worried about the numbers.

"But that’s not the end goal; it’s to be a presence in the community.”