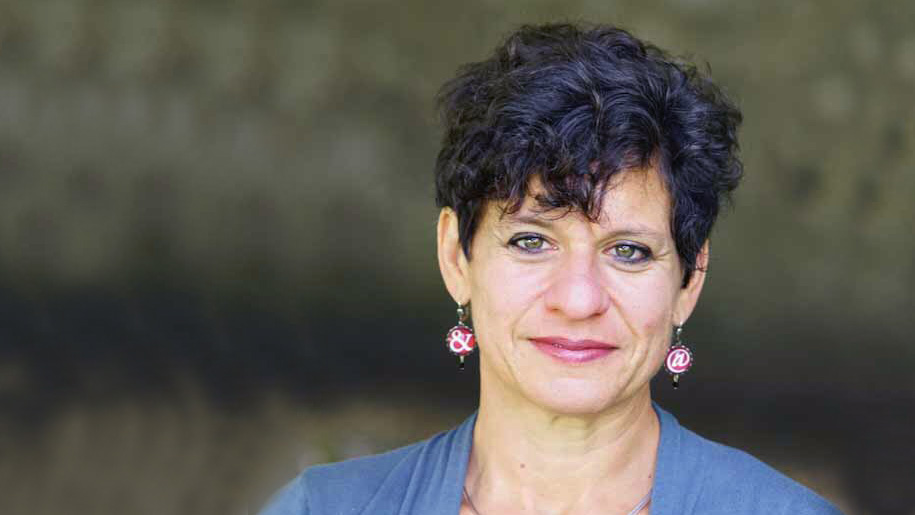 Jodi Rudoren is the new editor of The Forward. Photo by David Packard
July 24, 2019
Yonat Shimron

(RNS) — Jodi Rudoren, an associate managing editor at The New York Times, was named the new editor-in-chief of the revered Jewish publication the Forward on Tuesday (July 23), marking a new beginning for an organization that has weathered tough times.

Rudoren, a former Jerusalem bureau chief at the Times and now an associate managing editor, takes over at an outlet that earlier this year cut 30% of its staff, to about 30 people, and ended publication of its print edition.

“She’s a journalist par excellence and she has achieved great things there,” said the Forward's chief executive, Rachel Fishman Feddersen. “She was ready for her next big challenge.”

The Forward, which began as a Yiddish-language daily newspaper 122 years ago serving a wave of immigrants from Eastern Europe, has long been considered a premier site for discussion of Jewish issues.

Last week it announced it had been awarded $500,000 from Craig Newmark Philanthropies. Newmark is best known as the founder of the website Craigslist.

Though the Forward still publishes in Yiddish online, most readers come to its English website, where it features political, social and entertainment news and opinion. It’s known for its investigative reporting and in 2017 broke a story that Sebastian Gorka, a former national security spokesman for the Trump administration, was a member of Vitezi Rend, a Hungarian nationalist group with a history of Nazi collaboration. Lately the site has relied more heavily on features with grabby, tabloid-style headlines.

The Forward has also changed its business model recently to rely less on advertising and more on reader support and fundraising. Fishman Feddersen said the publication reaches 2 million readers a month, one-third of whom are under 35.

“By eliminating print we were able to invest in those things that matter most in carrying our mission forward,” Fishman Feddersen said. “We don’t plan to simply slash our way to sustainability. Our cuts have always been aimed at focusing and honing our mission. The highest quality journalism is critical to our mission and leadership.”

Fishman Feddersen said the Forward was focused on staying relevant to young readers. “Bringing in Jodi with her expertise in audience is critical to that,” she said.

Rudoren replaces Jane Eisner, who served as editor-in-chief for a decade until the staff cuts earlier this year. The publication has been jointly edited by Adam Langer and Helen Chernikoff in the interim. It is headquartered in New York's financial district.

In her 21-year career at the Times, Rudoren served as Chicago bureau chief, correspondent on the 2004 presidential campaign and deputy editor on the Metro desk, where she created the Sunday Metropolitan section. She was stationed in Israel from 2012 to 2015.

Most recently, she worked on developing strategies to better engage Times readers.

In 2012, while she was in Israel, an editor was assigned to oversee Rudoren's social media output after a series of controversial posts on Facebook and Twitter that were criticized for linking to pro-Palestinian and anti-Israeli activists.

Rudoren will start in September.